Land between the Velodrome, left, and Te Awa Lifecare will be opened up.

Hundreds of new sections west of Cambridge and overlooking the Waikato River will go onto the market next year when St Peter’s School converts 20 per cent of its dairy farm into a residential subdivision.

The 32ha between Te Awa Lifecare and the Velodrome is in Waipā District Council’s C3 Growth Cell but was not expected to come onstream for several years.

Under a joint venture deal between St Peter’s and developer 3Ms of Cambridge the first sections should come to market mid next year.

Proceeds from the section sales will go into an intergenerational endowment fund designed to ensure the school’s long term financial independence.

Scottish millionaire Arthur Broadhurst founded the school in 1936 after he purchased 40ha of the Gwynnelands Estate for a school campus and a farm. Over the years the dairy farm expanded and at one point was 186ha with about 320 cows.

The school campus is now on 50ha while Owl Farm, a demonstration dairy farm joint venture with Lincoln University, is on 170ha.

The residential subdivision will take 32ha of that.

In a media release, St Peter’s chair John Macaskill-Smith said proceeds from the section sales would go into an intergenerational endowment fund.

“We’ve structured the joint venture with 3Ms to see returns coming into the endowment fund over many years.

“With careful investment, over coming decades the endowment fund should grow into a substantial and diversified investment portfolio, making it one of the most significant school endowment funds in New Zealand,” said Macaskill-Smith.

They have been involved in a number of recent Cambridge developments and last year got the green light for a 47ha subdivision on Hamilton Road opposite Te Awa Lifecare.

Mackaskill-Smith said the school found the ideal partner in 3Ms.

“3Ms has given us full confidence the final development will preserve the land’s rural character, which is important to our alumni, students, staff and community.

“This local partnership not only allows St Peter’s to establish this historic endowment fund, it also creates multiple community benefits including much-needed housing, jobs and establishment of community spaces and facilities,” said Macaskill-Smith.

The school was working with mana whenua – Ngāti Koroki Kahukura and Ngāti Hauā – during the planning phase of the project and would maintain a close relationship with them through to development.

St Peter’s up to the ‘test’ 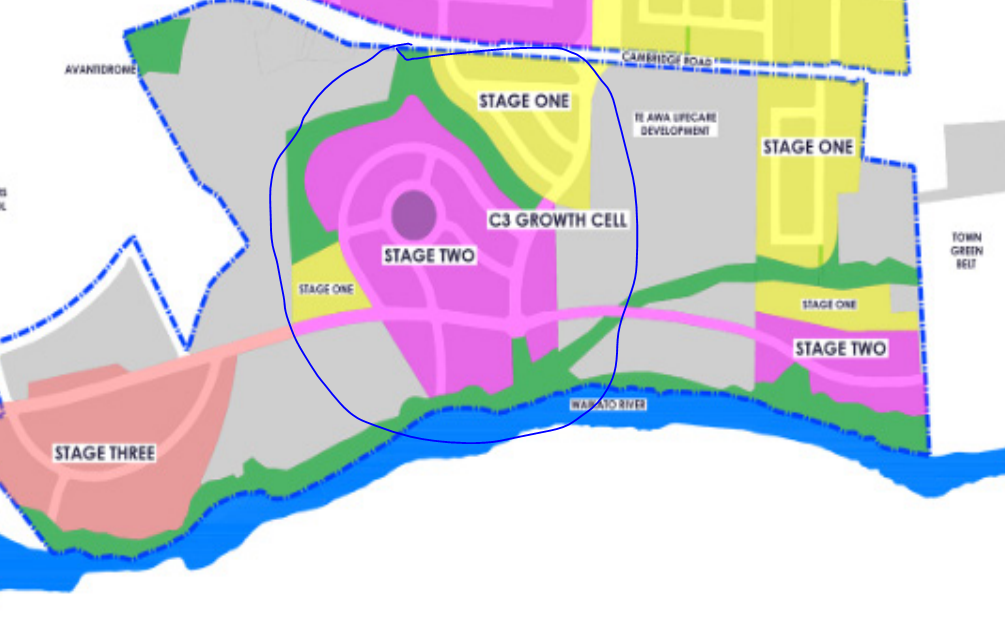