There are no winners among the parties involved in the recently declined Resource Management Act application to build a 40ha subdivision in Cambridge’s western outskirts, says the town’s Chamber of Commerce. 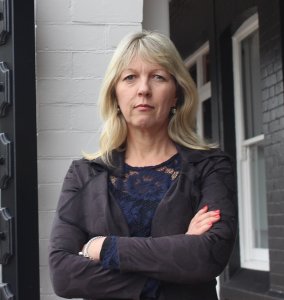 Chamber chair Tania Witheford, in a statement to The News, has called for the community to show resilience and a growth mindset to ensure the best investments and decisions are made for Cambridge.

It appears all may not be lost though as Waipā District Council revealed the subdivision, in the C2 growth cell, is “high-priority” as is discussion with other developers in identified urban growth cells around Cambridge.

Developer 3Ms of Cambridge did not respond to a request to add to its statement made last week when director Matt Smith said they were reviewing the decision and considering all its options.

The deadline to appeal the decision is July 27. Witheford did not hold back though saying the region is feeling the impact of heightened demand.

“This situation highlights the changing needs of our community.  The ability to respond and have a solutions-based approach, even within the confines of policy and legislation.”

The new school within the subdivision was a critical need, she said.

“Growth and change can be difficult and sometimes painful, and each has a different meaning or impact. And as a region we are not immune.”

Cambridge, Waipā and the greater Waikato were facing times of “exponential growth” and great success, she said

“This success has brought growth, and with it, a whole new set of challenges.  How we respond will impact the future of our community.” Wayne Allan, Waipā group manager of District Growth and Regulatory, said the council had actively promoted the development and even brought forward Annual Plan funding of $40 million to enable the construction of the infrastructure.

As part of the process, the council obtained a consent from the Waikato Regional Council to discharge treated stormwater from the growth cell into the Waikato River.

It also worked closely with the Ministry of Education with regards to the location and regulatory approvals needed to provide for a primary school in the growth cell.

“Council will continue to show leadership and work with all landowners and developers in (the) C2 growth cell to get urban development underway,” said Allan.