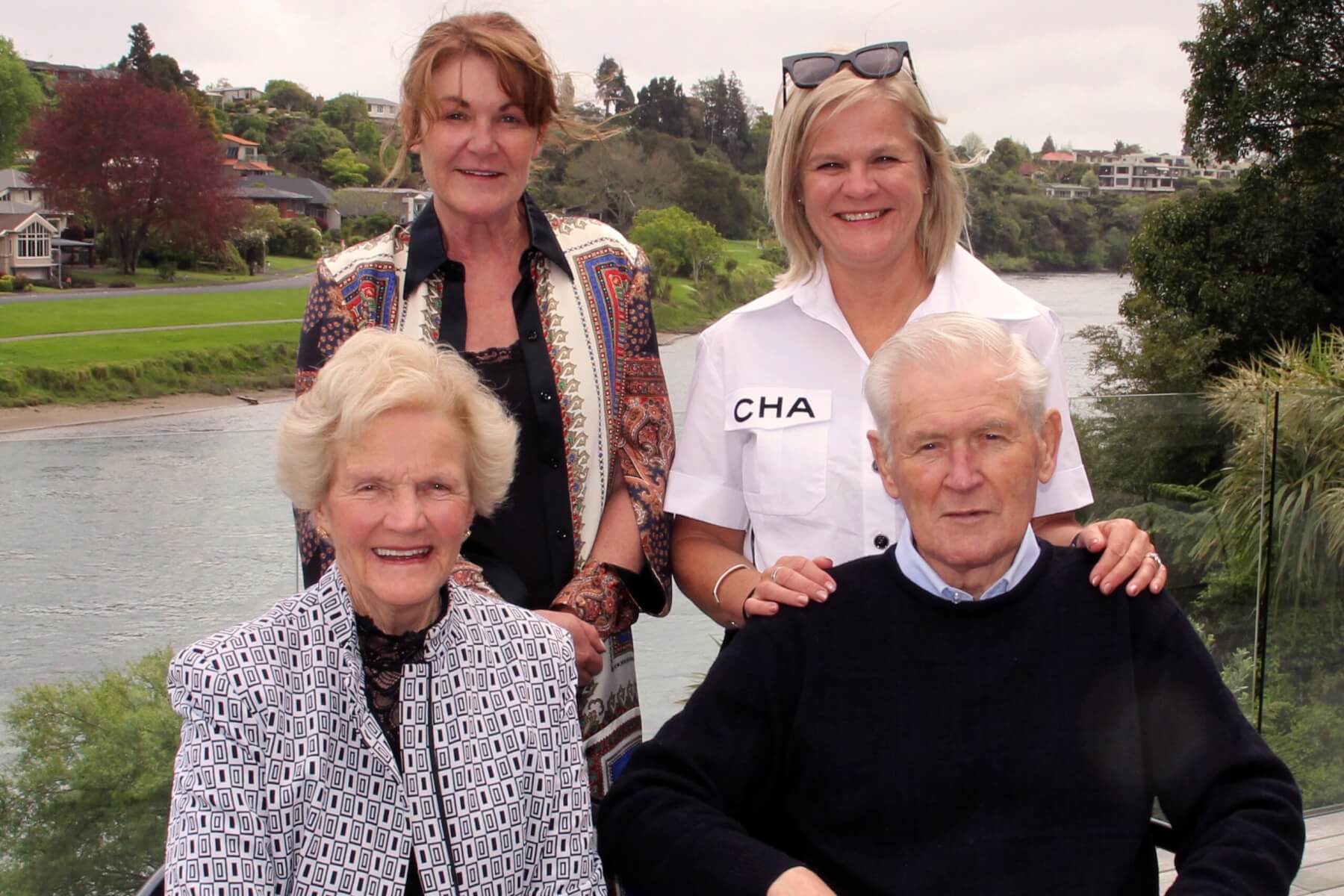 Sir Patrick and Justine, Lady Hogan with their daughters, Erin Hogan (back left) and Nicola Steel.

When Sir Patrick Hogan heard there was opposition to Cambridge Riding for the Disabled’s plans to build an arena to provide therapeutic riding under cover, he penned a letter for the local newspaper.

In an abrupt but purposeful way, he told the community how such an arena would enable and support disabled people to ride all year round.

Plus, he put his money where his mouth was by contributing to the facility and helped to facilitate a significant contribution from the Rodmor Trust.

Sir Patrick Hogan died in Waikato Hospital last week aged 83. His funeral – a requiem Mass – was held at the Cathedral of the Blessed Virgin Mary in Hamilton yesterday.

In lieu of flowers, mourners were asked to donate to the Cambridge Riding for Disabled (RDA).

Operations manager Vanessa Donnelly says that just illustrated the unique relationship between the organisation – which celebrates its 40th anniversary later this year – and Sir Patrick, who turned the sod when the arena construction got underway more than a decade ago.

“He didn’t seek any publicity, but whenever we needed help, he was always available.”

If that meant writing a letter or picking up the phone, Sir Patrick would do it, she said. 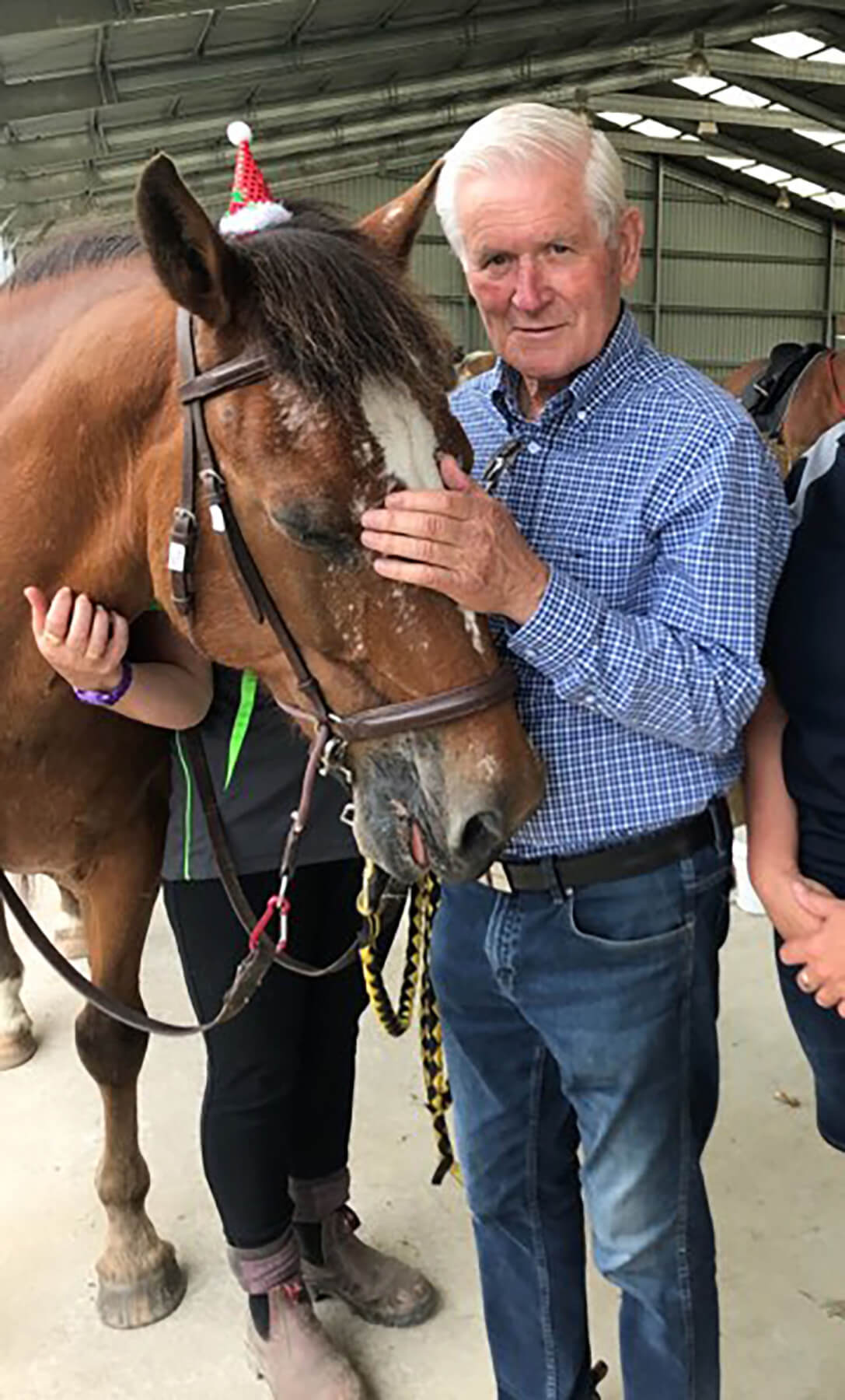 He was a frequent visitor to the facility even striking up a friendship with a horse called Paddy who did not take easily to strangers.

While most readers would instantly think of that great stallion Sir Tristram – given the stable name Paddy by Sir Patrick when they first met – it is a 31-year-old bush bred horse who carried hundreds of disabled people over the years to which she is referring.

“Sir Patrick had a way with horses. Even though our Paddy was fantastic, he told you if he didn’t like you, but he took to Patrick straight away,” says Donnelly.

She and other RDA members were at yesterday’s funeral and earlier in the week told The News any money raised by Sir Patrick’s last wishes, would go towards getting more horses.

“We have nine horses currently and we desperately need another two in the next four weeks.”

RDA hosts about 60 riders a week and has a waiting list. About 50 volunteers help at the 20 x 60m arena. Therapeutic horse riding is a proven therapy that develops, improves and promotes many aspects such as: balance and co-ordination, muscle tone, concentration, self-discipline and self-esteem, perception and spatial awareness, communication and social skills, independence and encourages decision making.

Paddy, who had been with RDA since he was 14, retired last year and is helping rear a foal on a Waipā farm.

Finding a replacement for such a reliable horse has been difficult. Good temperament is crucial for any horses as is kindness and a background of a variety of work, says Donnelly.

“We don’t necessarily have to own the horses; we can lease them.”

Donnelly says Sir Patrick Hogan gave his support to other local organisations and he put Cambridge on the world map with his stud farm.

“He came before all those other sporting personalities. He was the first one and he stayed here in Cambridge.”

Sir Patrick was the ultimate champion, she said. 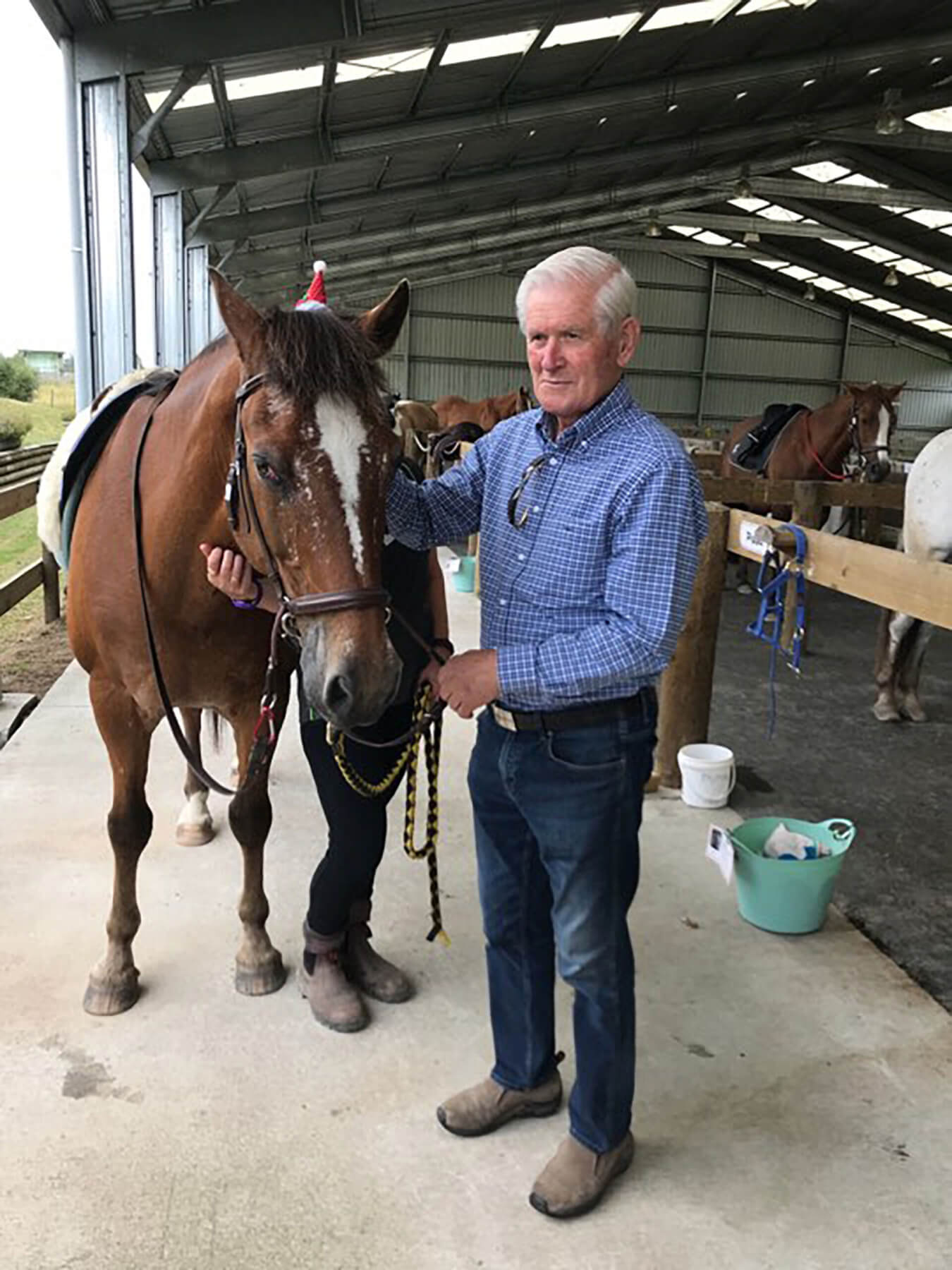