Matteo has the write stuff 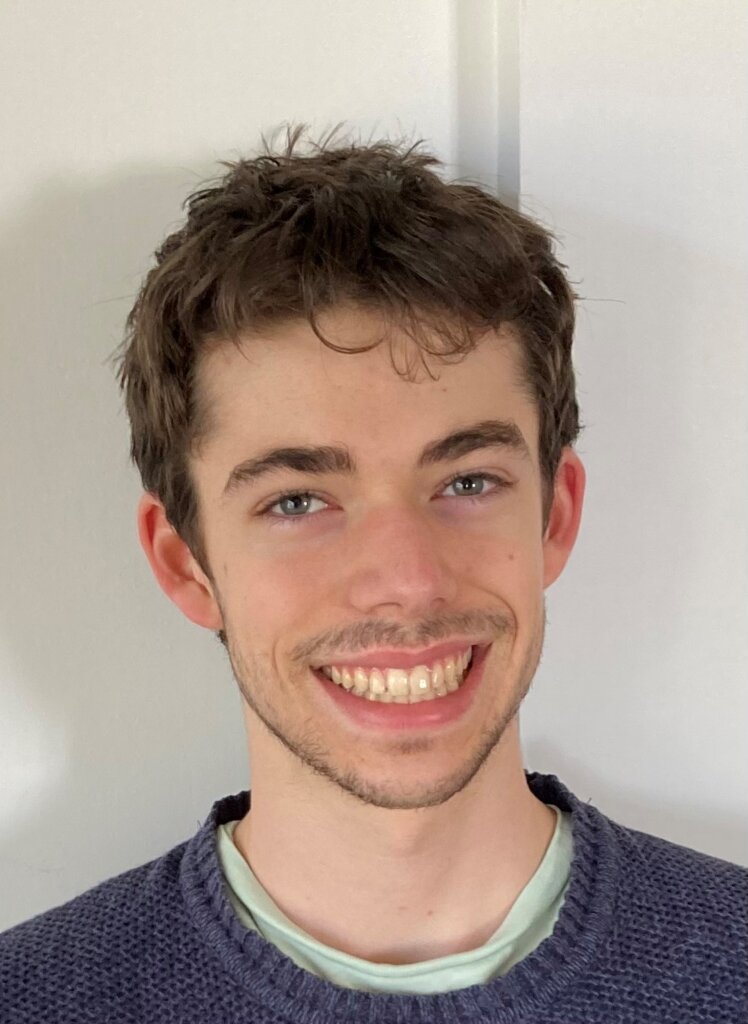 Matteo Di Maio’s dazzling intellect has already won him many admirers in the world of journalism.

It’s a big call, labelling someone a wonderkid, but the astonishingly talented 17-year-old might just qualify.

“You know what, I really don’t think that is going too far,” says award winning New Zealand Herald journalist and author Steve Braunias.

“I’ve been in journalism for 42 years and I’ve not seen a secondary school student show that much understanding, intelligence and knowledge of journalism in that entire time. The kid is a natural.”

“He was super polite, really friendly, incredibly efficient…he didn’t bring any kind of ego or difficulty to the job, and really it was like dealing with a journalist in their mid to late twenties,” he said. “He was that good. And everyone else at Newsroom who I was working with were like who is this guy, how did you find him? He’s amazing!”

Di Maio was in his first year of high school when he had his first opinion piece published in British online newspaper The Independent in 2018.

In year 11 he began contributing a regular column, Down With the Kids, to Cambridge News.

“We saw him two years ago as a youngster who wanted to write for us and were astonished by the quality of his work,” editor Roy Pilott said.

“No one at Cambridge News will be surprised he’s won dux. He’s an extraordinary kid.”

Di Maio, grandson of former Hamilton city councillor and restaurant owner Giuseppe (Joe) Di Maio, was born in Hamilton but has lived in Cambridge most of his life. His mother, Harriet, works in interior design and his father, Giovanni, in home renovations. His sister Valentina is in year 7 at St Peter’s Catholic School.

Di Maio said his parents had never put any pressure on him to do well, which had helped him avoid the burnout that had afflicted many of his peers.

“When I first started high school there was a lot of competition for the top of the year prize and lots of people at that academic level, and then as you went along people just kind of dropped off,” he said. “I think they were mostly casualties of parental pressure and anxiety and it just getting too much.”

But he said it had never been about accolades for him.

“I was always doing it just because I enjoyed it.”

He feels the key to his success has been “using the wealth of knowledge that’s out there to [his] advantage and synthesising it”.

“If I don’t understand something I don’t panic, I just think okay, I’m going to try and find another way to learn this,” he said.

“You know, like some people don’t understand something in class so they just write it off, whereas I Google it, I put it in Google Scholar, I find some papers on it, I ask the teacher, I check Reddit for discussions, I watch some YouTube videos with all these different ways people are trying to explain it.”

“I was always doing it just because I enjoyed it.”

Di Maio said primary school teachers who had encouraged “passion-based learning” had been instrumental to his success.

“I know that’s a bit of buzz word and it doesn’t work if you don’t really have any passion, but for me, in like year 8, I’d get interested in something and Mrs Gordon would do everything she could to support it,” he said. “I wanted to make clay animations so she’d get some animation software and some clay in and we’d all be making little movies and learning how to edit them and that kind of stuff. There was flexibility in the curriculum.” 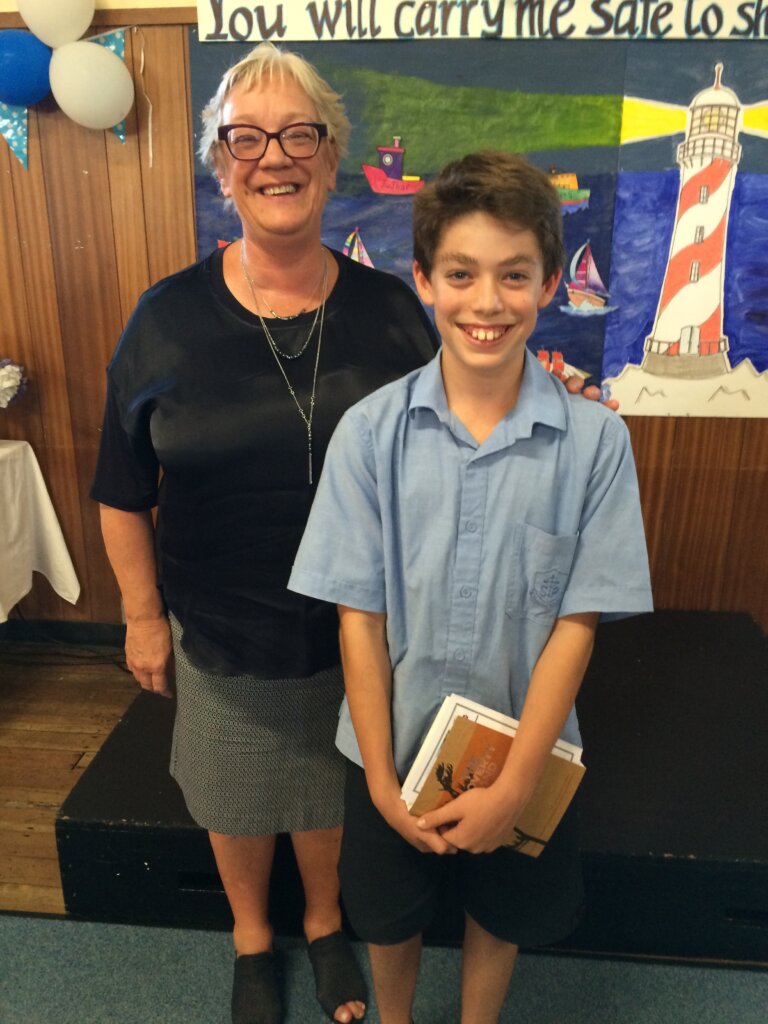 Matteo and Denise Gordon at his graduation from St Peter’s Catholic. 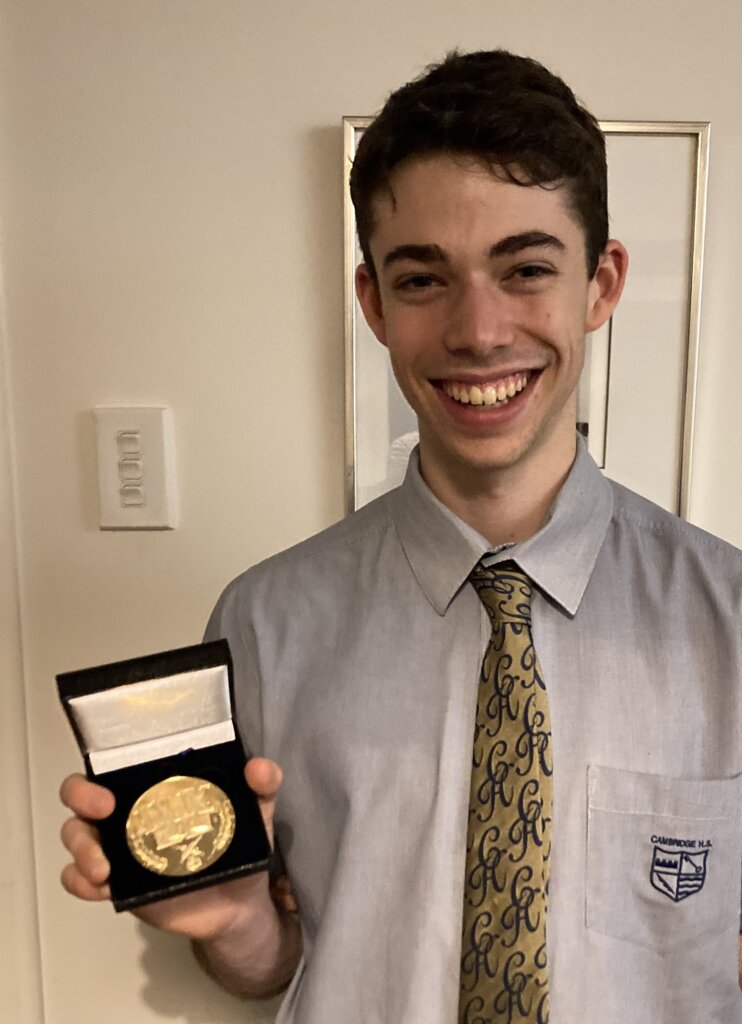 Denise Gordon, who taught Di Maio from year 6-8, remembers him as an “independent and highly motivated learner” with an incredible thirst for knowledge.

Once, while Countdown was giving away free animal cards, she had her class make its own set featuring countries of the world.

“Matteo wrote to the CEO of Countdown in Auckland and the PR officer came to our school and presented us with our own set of professionally printed cards…the kids ended up in a news article on TV1,” she said.

“He always took his learning to the next level and I just let him go. He was an exceptional child.”

After winning dux last week, Di Maio’s immediate focus was on finding out what was inside the small black gift box he had been given.

“Unfortunately it wasn’t loads of cash but it is quite a nice little medallion and they do this thing where the whole faculty stands up and gives you a standing ovation … so that was nice,” he said.

“And then the whole hall stood up as well. I was taken aback by that a little bit. Although if you look back over the video I think the person who started it is one lady getting up on the side and then everyone gets up and I’m quite sure she was just like, heading off. But either way it was nice.”

So far, winning dux hasn’t changed his life much – although it has added pressure at Alpino restaurant, where he works waiting tables.

“A couple of teachers came in last night and they were like, this guy was dux of our school, so in that respect it meant I had to be a little more careful I didn’t mix up any of their orders,” he said. Matteo Di Maio when he made his debut as a columnist at The News.

“But no, I didn’t mix up any of their orders and they all got their ravioli on time.”

Equally passionate about science and the humanities, Di Maio has won a scholarship to study Biomedical Science at Auckland University next year.

In the short term he plans to take a break from journalism to focus on his studies, but said science communication or journalism could be appealing options in future.

In the meantime, Steve Braunias would love to catch up with Cambridge’s own wonderkid for a cup of tea in Auckland next year.

“As far as journalism goes he is one in a thousand.”