School boards go to the polls Nominations have opened across the country for school board elections. With the closing date for submissions approaching, Matteo Di Maio talked to two departing Cambridge school board members about their time in the role and their messages to those considering standing.

The redevelopment of “S Block”– the arts building – has been in the making for all of Mike’s six years on the board. And, as he gets ready to leave to make way for new members this September, he’s pleased to know that the old structure has been demolished, and new foundations are going down.

“When I look back over my six years on the board, it’s a real something that’s been ticked off my list, getting the actual foundations down for the new S Block Development.”

The S Block development is not the only building project Mike – a manager in trades at Wintec – has been a part of at CHS recently: the school has just moved its senior leadership staff into a revamped administration block. On the more figurative construction side, Mike’s also overseen the school’s house groups restructuring.

Developing the new house system saw the board work closely with local iwi to imbue the new houses with close connections to Cambridge, to foster a deeper sense of belonging in students – instrumental in effective learning.

“I’m quite proud of the way that the school worked and with local iwi to partner up and develop a new house system,” Mike said.

That policy orientation was reflected in 2018 with the appointment of the new principal Greg Thornton, who was instrumental in pushing for the house changes.

Mike was elected in 2016 and has seen his two boys through high school, with his youngest finishing year 13 this year. 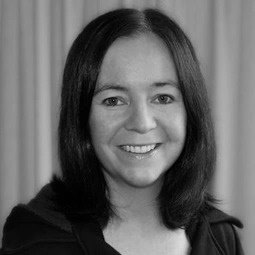 While having children at the school has been a big motivator for Mike, it’s not why he’s on the board.

“When we talk about, you know, policy development or developing of curriculums, it’s all about making sure our school can be the best it can be. And obviously, my children will benefit from that as well. But I don’t do it just for my children. It’s not why I’m on the board. I’m on the board for my community, and for all children in the community,” Mike said.

The same rationale goes for Rebecca David, who is leaving the Cambridge Middle School board after four years.

“Having a child at the school certainly helps in terms of motivation… but really one of the key things for a board member is that you’re there to represent the interest of the whole community and for all children,” she said.

Co-opted onto the board just prior to the last lot of elections three years ago, Rebecca saw her role as a chance to give back to the community that raised her.

“I grew up in Cambridge, I did all my schooling in Cambridge. And for me, it was just really a good opportunity to give back to my community.

“I’ve always been passionately interested in education – I think education is one of those key things that really unlocks people’s potential for the future.”

With her two children now at high school, Rebecca will not be re-standing for election this year.

She urged anyone who’s thinking of standing this year but who’s not sure about the nature of the role to reach out to a current board member.

“I suspect the reason that most people think that they shouldn’t do it is because they don’t think they have the skills to do it, and what I’d say to those people, as you absolutely do.”

“Just the ability to ask a great question, to really listen, to work as part of a team, these are the kind of the core skills that really set you up,” she said.

Most importantly, however, Rebecca said school boards need to be representative of the community.

“You don’t have to be a particular sort of person with a particular set of skills – boards that go well have a great range of skills and experiences and personalities on them.”

Key to achieving that representation is getting community members to put their hands up to run.

“When I went through those elections, I think there were only maybe 12 [nominees] the first time and maybe nine, the second time through so… my advice would be, if you’re interested, you know, put your name forward,” Mike said.

“Even if you don’t get elected, at least you’ve given the community an opportunity to vote in order for a diverse range of skills that we might need on the board.”

Fellow CHS board member Andrea Woodford said: “To me, a successful school board election is to have enough nominees to actually require a vote, so school boards are diverse and trustees representative of their local school’s needs.”

School boards meet once a month, with separate subcommittees for specific issues; for example finance or policy.

As responsible for the overall strategic direction of the school, a board’s remit includes everything from principal appointments to building developments to curriculum setting to discipline and wellbeing.

“Everything’s different,” Mike said. “Every time you come to a board meeting there’s always something different that’s going on and it’s really interesting.”

CHS is holding a community information evening from 7pm to 8pm on July 27 in the CHS staffroom for those wanting more information on the nature of the role and the election process.

“It’s an amazing experience,” Rebecca said. “I think the personal growth that you get from it is … so rewarding. And I just think, give it a go, put your hand up, be there to help our community thrive.”

“Just do it… this would be my overarching message to people, if Nike’s ok with that.”