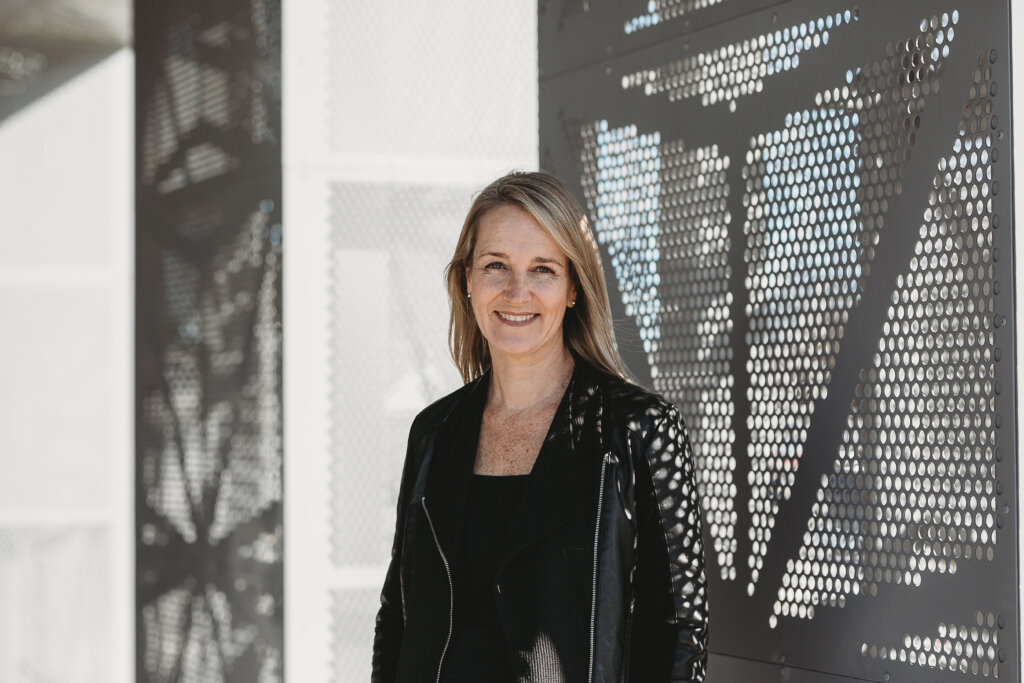 Susan O’Regan is putting her political career on the line with an “all or nothing” run at the Waipā mayoralty.

Twelve weeks after she announced she was getting out of local politics to work in the private sector, she has had a change of heart and wants to lead the community she was born and grew up in.

O’Regan, 50, a sitting councillor of six years and chair of the powerful Strategic Planning and Policy committee, will not stand for council but will be the first person in six years to challenge four-term mayor Jim Mylchreest, 69.

“I’m standing for mayor because it’s time for change.”

O’Regan announced in April she was standing down from her Kakepuku ward because she felt she had served her constituents well and someone else should have the chance to do the same.

“It’s super important that representation does not become stale, and I wanted to leave the seat on a high note.

“I thought that it might be time for me to re-enter the private sector. I was wrong and realised so within days.

“I still have a lot of energy to give and want to serve the wider Waipā community,” she said. 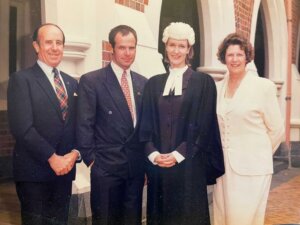 Susan O’Regan with her father Neil, brother Andrew and mother Katherine when she was admitted to the bar in the High Court in Auckland, 1996.

“It actually took starting to step away from local government to realise that now is not the time to leave public service.

“I had an honest conversation with my new-found colleagues and said that my heart was still in local government.”

O’Regan has politics seeping through her veins – she studied it at Otago University and her mother Katherine, who died in 2018, was a Member of Parliament for 15 years.

An award-winning dairy farmer, she and husband John Hayward have a blended family of five children – Emily 23, George and Ben 20, Lily 12 and Jack 7.

Before her election to council in 2016, O’Regan was a practising barrister in Te Awamutu specialising in family law. 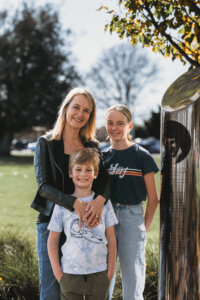 “I’m standing for mayor because it’s time for change. As a district, we have a lot to be thankful for. In most areas, council is doing a reasonable job. Our direction of travel – where we are headed strategically – is good. But there are some key areas of improvement which need to be made,” she said.

Communications is something O’Regan has taken a particular interest in.

Last week she told The News she was unhappy with the way the council communicated its dog policy review. Hundreds of people took to social media when the council said it was looking at banning dogs from Lake Te Koo Utu in Cambridge and Memorial Park in Te Awamutu.

In fact, the council is not looking to ban dogs from those popular spots but limit them to dogs on leashes.

“We need to make it easier for people to deal with council. Council needs to communicate much more effectively – and that includes listening to our community much more actively.

“And we need to focus on a future Waipā which is exciting, attractive and a viable option for young people once they enter the workforce,” she said.

Nominations for Waipā council open on July 15 and close at noon on August 12.

The public will elect a new Māori ward councillor, four in Cambridge, one for Maungatautari, three in Te Awamutu-Kihikihi and two in Pirongia-Kakepuku. Candidates will also line up for community boards in Cambridge and Te Awamutu. The mayor is elected from the whole district.

The mayoral election in the Waipā District just took an interesting turn, with two-term Waipā councillor and long-time local Susan O’Regan announcing that she will stand for mayor in the upcoming elections. O’Regan, who was “born and raised” in the district says that it’s time for a change in council leadership, and she is more than ready for the role.

“As a district, we have a lot to be thankful for. In most areas, council is doing a reasonable job. Our direction of travel – where we are headed strategically – is good. But there are some key areas of improvement which need to be made.

We need to make it easier for people to deal with council. Council needs to communicate much more effectively – and that includes listening to our community much more actively. And we need to focus on a future Waipā which is exciting, attractive and a viable option for young people once they enter the workforce.

For all of these reasons, we need fresh leadership. I have the energy, the experience and the desire to do well for our district. That’s why I’m standing.”

O’Regan enters the race with a strong track record of advocating – and delivering – for the community. On her campaign website which went live today, she lists key achievements, linking each to articles in the media providing context and detail. She also clearly outlines her leadership style, the priorities she would focus on as mayoral and her view on key issues such as the economy, housing, transportation and the environment.

She says that clear communication is key.

“I’m not standing on a platform of vague statements or ambiguous promises. I want people to be very clear about what I stand for, how I will lead Council, and what they can expect as a result.”

She promises to provide regular campaign updates via email and social channels, and is actively encouraging people to talk to her about the issues that matter. “Council needs to do a much better job of communicating – and the first step is listening – really listening. This starts from the top.” 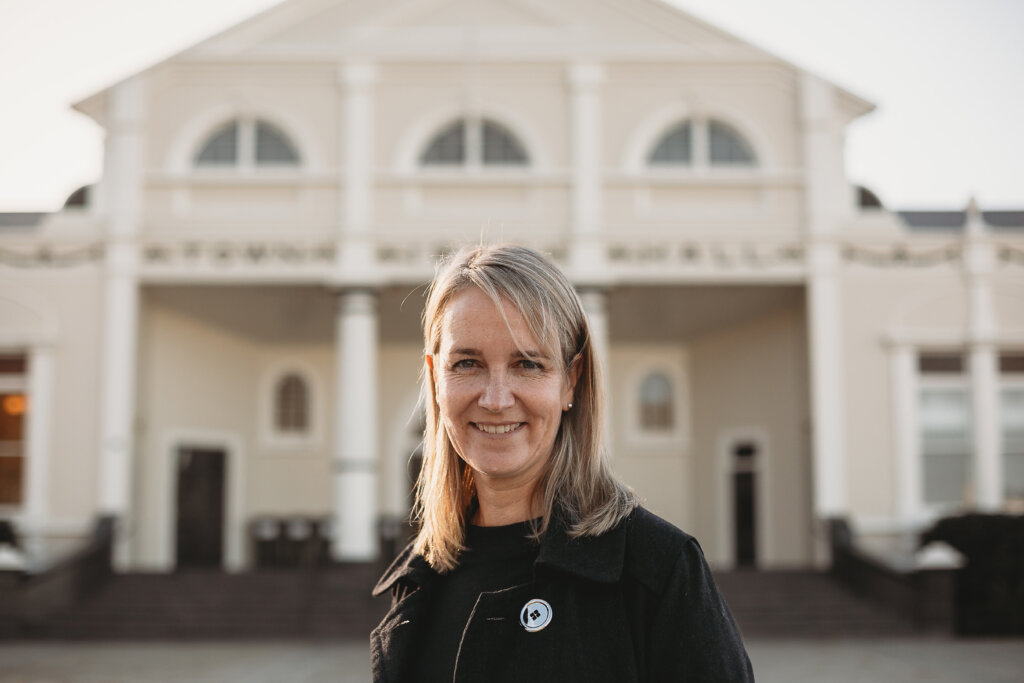 Conscious that she is based in Te Awamutu, she says that she will be “spending time in Cambridge frequently” both during her campaign for Mayor, and once in office. She acknowledges that the communities are quite different in many respects, “but we have a lot more in common across the district than some people realise.” She says that council leadership has much to gain by having meaningful conversations and contact throughout the district – even once elected.

O’Regan will start her campaign later this week, and says she has a “busy schedule” of events to attend to meet as many people as possible. “Those who know me already know that I’ll deliver. But there are plenty of people who I’ve not yet met, and I want to give them a chance to understand what makes me tick.”