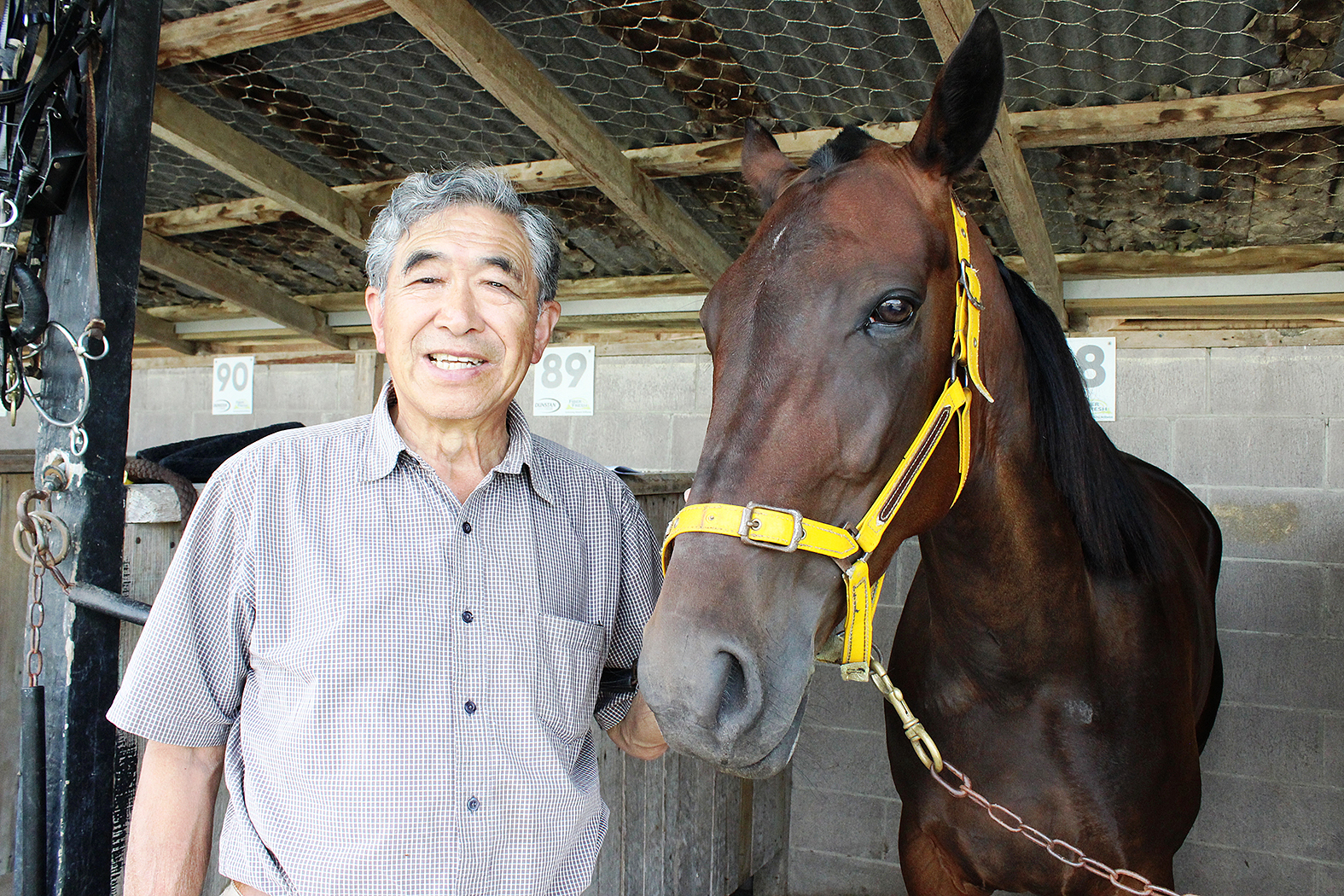 When The News asked which of the three starting trotters Luk Chin owns and trains competing in race seven at Cambridge Raceway the veteran horseman wanted to be photographed with, his answer provided the biggest tip of the night.

“Alana,” the 80-year-old anaesthetist and pain specialist replied. Less than two and a half hours later the six-year-old mare, driven by junior driver Fergus Schumacher, crossed the finish line in first place, paying $7.30 for the win and $2.50 for the place. Half a head behind was Chin’s eight-year-old mare Safrakova with Zev Meredith in the sulky providing punters with a $20.80 quinella.

And back in the field last Thursday night Chin, like Schumacher and Meredith wearing the distinctive gold and brown stable colours, guided his third horse Jasinova, a back marker off 30 metres, into seventh place.

Chin, who had turned 80 just two days before, had time to admire his other horses. 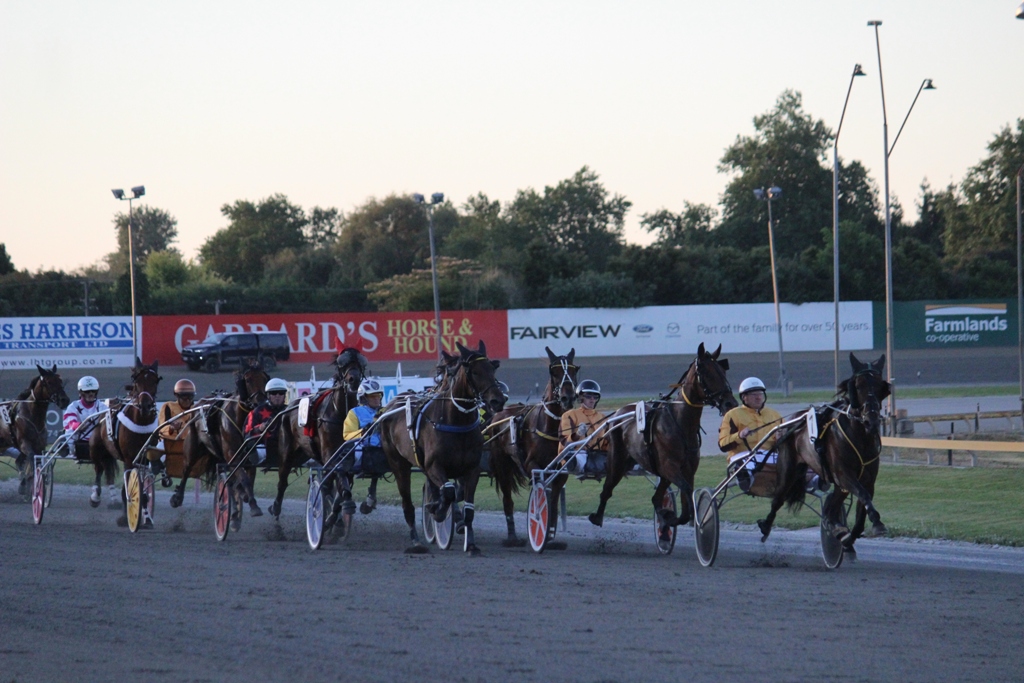 “I was pleased to see the two of them get away. It’s a 2700m race so I just peeked over and I could see they were one and two at the turn and I thought ‘they’ll probably get in the money’ and they did.”

Chin trains his small team of five trotters – Alana, Safrakova, Voronov, Jasinova and Love You – on his 1000m track in Bruntwood Road at Tamahere. Fellow trainer Sean McCaffrey is also based there.

Two of his mares are in foal which Chin says means he will be involved in their training and driving for at least another five years.

“Who knows, I might still be around when I’m 90,” he says on the phone from Wānaka where he was taking a short break in preparation for a busy racing period culminating in the Gold Cup on Anniversary Monday.

Schumacher and Meredith did so well on Alana and Safrakova they have earned themselves another ride in the prestigious event, said Chin. 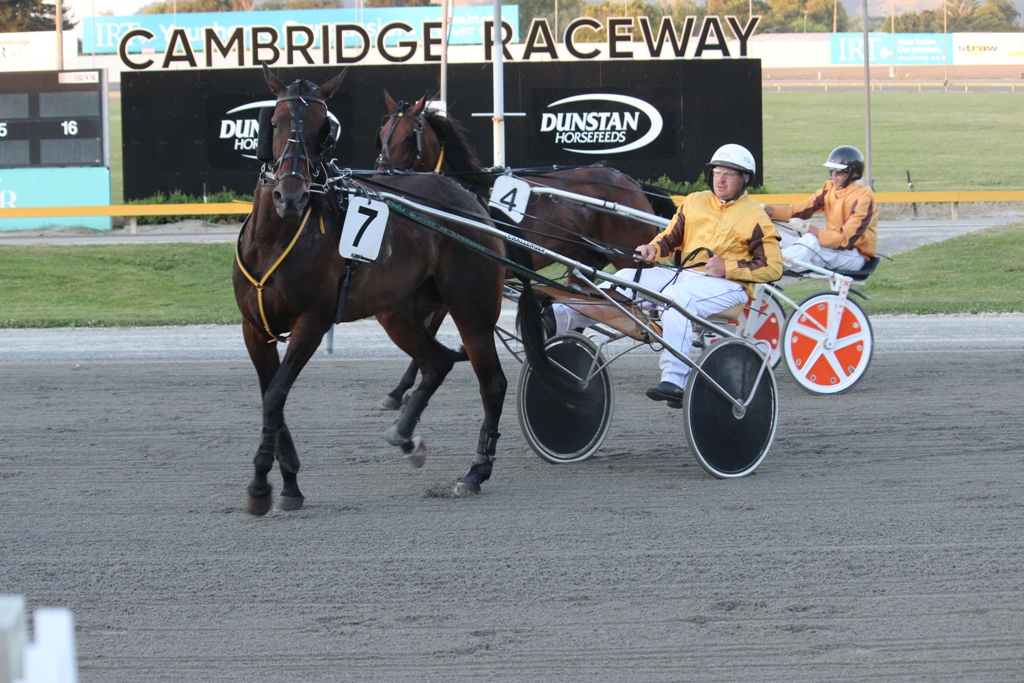 Quinella: Fergus Schumacher, left, and Zev Meredith, right, wear the striking gold and brown colours of Luk Chin as they bring Alana and Safrakova back to salute the judge at Cambridge Raceway. Photo: Mary Anne Gill.

Dunedin-born Chin first came to the Waikato in 1966 when he trained as a house surgeon at Waikato Hospital. It was when he headed overseas in the late 1960s that he met his Australian wife to be Robyn. The two married in 1969 and went on to have two sons – David, chief executive at LIC and Andrew, the Healthy Waters strategy manager at Auckland City Council – and now five grandchildren.

Chin worked at Waikato Hospital for more than 40 years – becoming a leading intensivist and pain specialist – and while there helped develop the Anglesea Clinic in Hamilton.

He is in the process of developing a new Health Hub in Cambridge with Justine Lady Hogan which will contain a medical centre, day-stay hospital, specialist suites, a rehabilitation hub, hydrotherapy pool, pharmacy, dentist, optometrist, audiologist, gymnasium, a café and a pet hospital.

Slowing down is not something the fit looking octogenarian is going to do anytime soon. 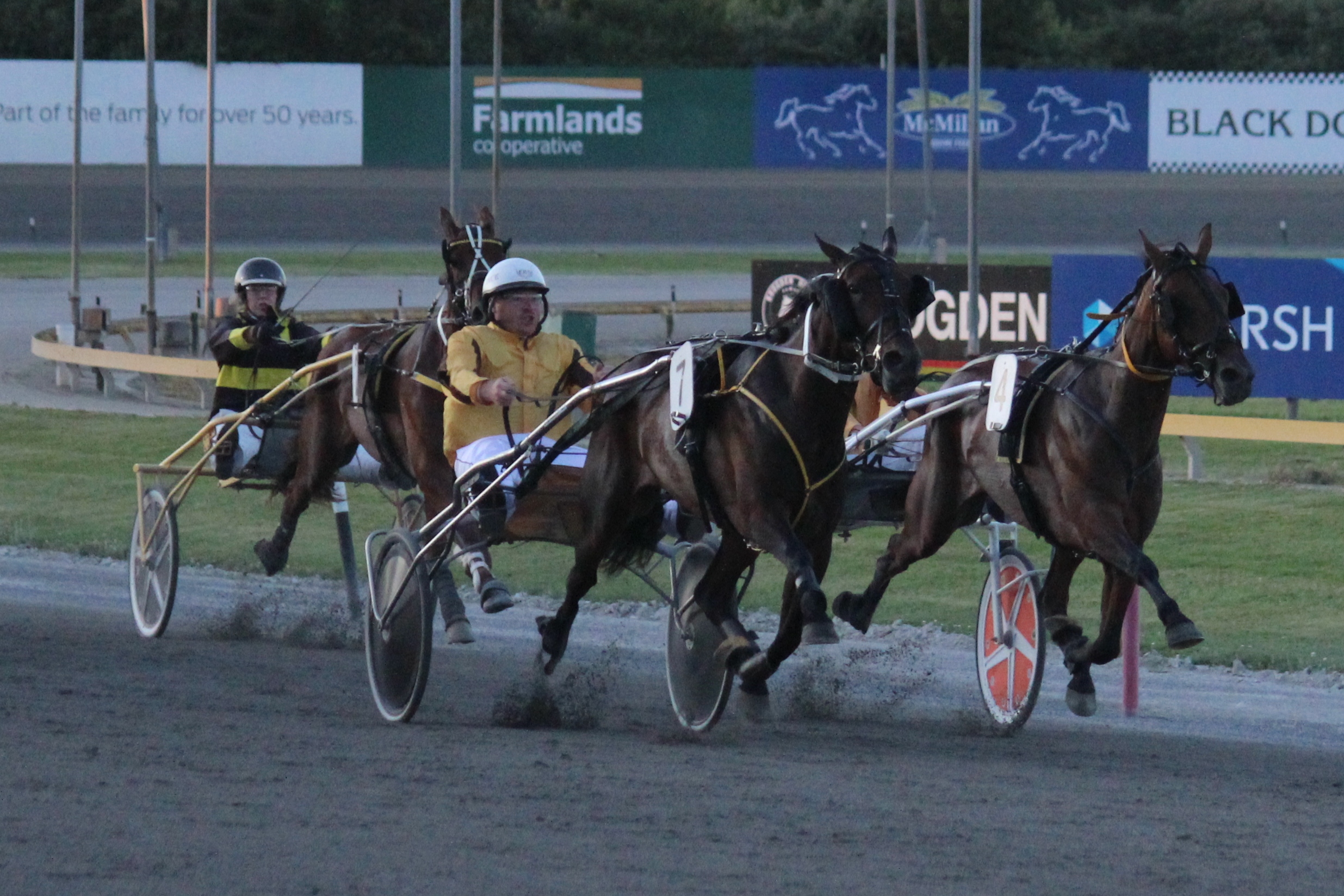