Getting a taste of kiwi 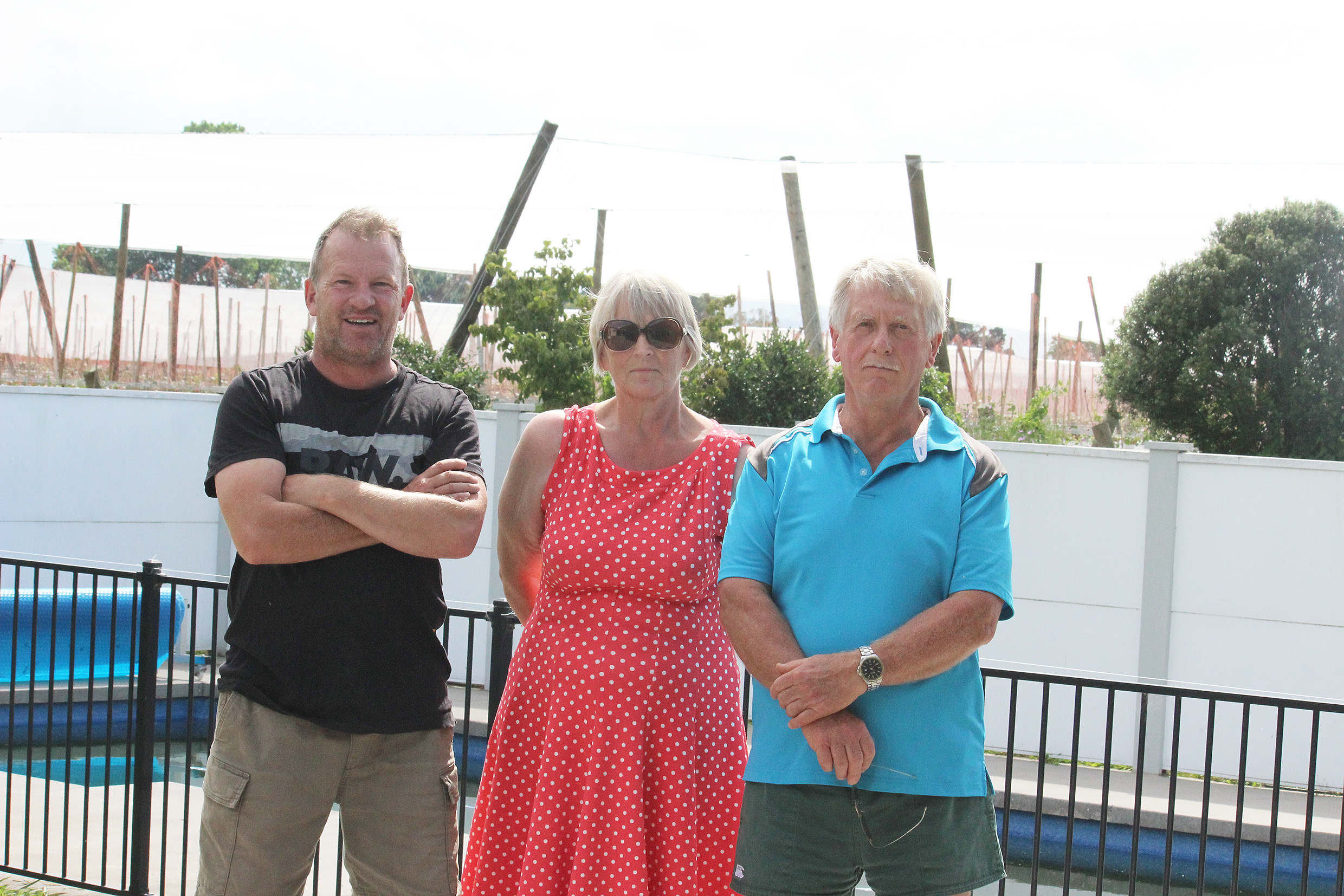 When Nick and Vanessa Jennings moved to an Ōhaupō lifestyle block just over a year ago, they could see Te Miro Hills in the distance from their deck.

Now all they can see is a kiwifruit orchard at 582 Parallel Rd with rows of white shade cloth over thousands of plants, six-metre-high wooden piles and shelterbelt hedging four metres from the boundary – when council rules say they should be set back 25 metres.

The new orchard is one of two in Waipā which have drawn objections resulting in hearings, an independent commissioner being called in and one decision now going to a mid-year judicial review.

The Jennings say despite the complaints, work establishing the orchard next door continues – and work is almost complete on a second in the same road. 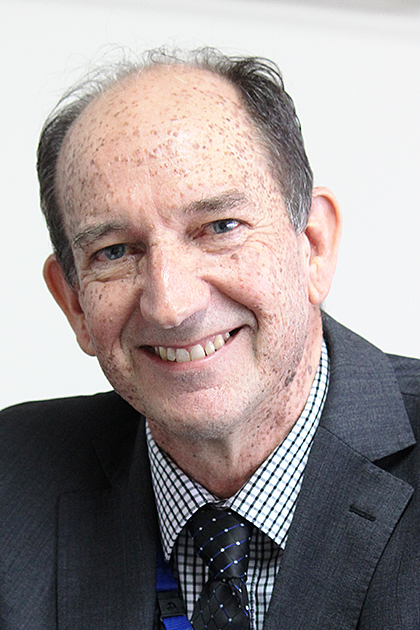 It has also been revealed a council staff member involved in consent applications for the operation had accepted a role in the company acting for the orchard owners. The planner had earlier recommended against a retrospective consent going ahead.

The views from the property, described in a 2021 real estate blurb as an “idyllic haven with a beautiful rural outlook”, started changing last February as hundreds of the poles holding several metres of white canopy cloth were installed in front and to the side of them.

Underneath the canopies at 582 Parallel Road were new Ruby Red kiwifruit plantings.

Growers do not need permission in Waipā to plant kiwifruit but, unlike other districts, they do need a resource consent to erect the canopies and Kiwifruit Investments Ltd – owned by Parmvir Bains of Cambridge – did not have it.

The Jennings complained to the council about the shade netting and the setback breach on February 28. The council told Kiwifruit Investments the company was in breach of its District Plan and was required to lodge a retrospective application.

Three months later, the Jennings again complained to the council, this time to noise control as the kiwifruit operator drilled several water bores and then ran a pump for 72 hours adjacent to the Jennings’ property.

The kiwifruit structures at 383 Parallel Road.

In a follow-up letter to the council in May the couple’s barrister said the buildings not only obstructed views but also caused sun shading, glare and had affected mobile phone reception.

In his evidence to the independent commissioner at a hearing in October, Bains said he had been in the industry since 2008 working in the Bay of Plenty where resource consents for the structures are not required.

“I had no idea that resource consent was needed (in Waikato),” he said.

He said if there was a requirement to set back the shelter fence “we would plant green kiwifruit in the space between. We can’t afford to have a big space of land with nothing growing in it.”

Kiwifruit Investments is not the only kiwifruit operator involved in complaints by neighbours.

Margaret and Grant Walker say similar structures have gone up near their nine hectare lifestyle property in Cambridge Road, Kaipaki without resource consents. 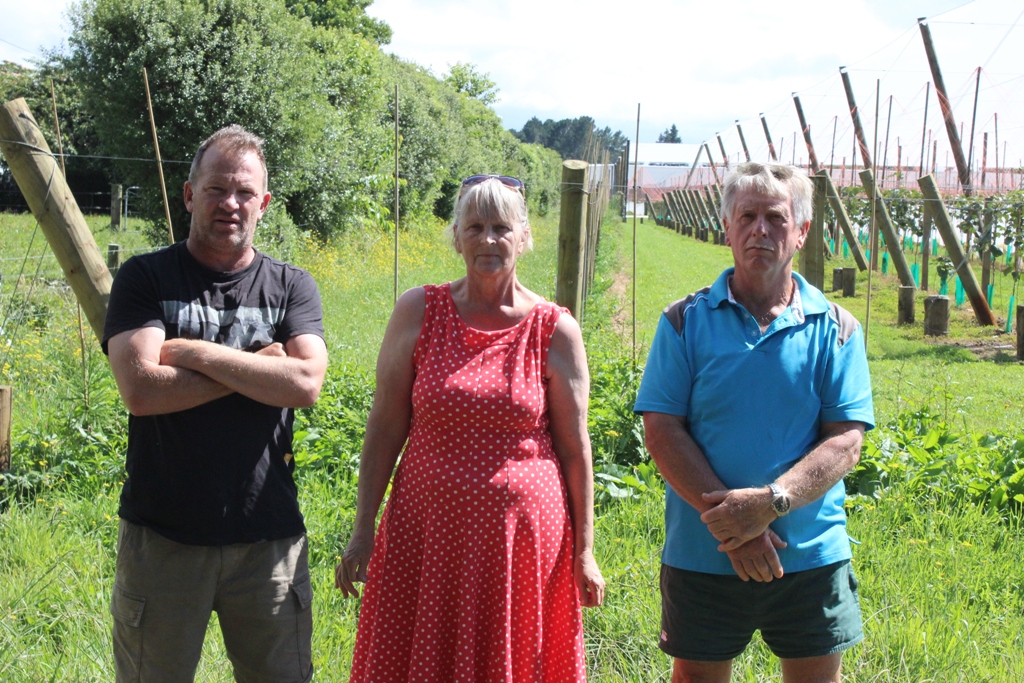 One of the Jennings’ boundaries showing how close the structures are with, from left, Jennings, Margaret and Grant Walker. Photo: Mary Anne Gill.

The council acknowledged in an email on September 1 that it was “dealing with a few different properties in the district that have erected these types of kiwifruit structures”.

“They’re going to pop up everywhere in the district without resource consents if we don’t highlight the issues,” she said.

Nick Jennings said he did not have a problem with kiwifruit or other horticultural practices being established in the district.

“But I do have a problem with the green vista and rural outlooks being overtaken by the shade covers.”

582 Parallel Road showing the size of the structures and the extent of the orchard’s operations.

The second operation, in 383 Parallel Road, is managed by Bains for GDP Orchards Ltd, owned by Gurwinder Bains of Te Puke. It successfully applied for a retrospective resource consent last year, but a neighbour has challenged independent commissioner Alan Withy’s decision and it will be the subject of a Judicial Review before the High Court in Hamilton on May 13.

Cambridge-based Barker and Associates planning consultancy have been involved in preparing retrospective resource consent applications to the council.

4Sight Consulting of Hamilton has been appointed as an independent planning consultant in the wake of the council’s own staff member joining Barker and Associates.

Allan said the only parts of the kiwifruit operation at 582 Parallel Road, adjacent to the Jennings, needing resource consent relate to the location of minor support structures and “given that, no enforcement steps are currently being taken in respect of the operations, pending the resolution of the resource consent application…”

He would not comment on the Judicial Review case at 383 Parallel Road other than to say the structures were consented.

Withy, who is due to also decide on 582 Parallel Road, issued a minute to all parties last week.

He said he would not make a decision to approve the resource consent application on a non-notified basis until hearing more from lawyers acting for the applicant and the Jennings.

Withy also ordered a hearing date be fixed “as soon as practical” to decide on retrospective consent for the shelterbelts. 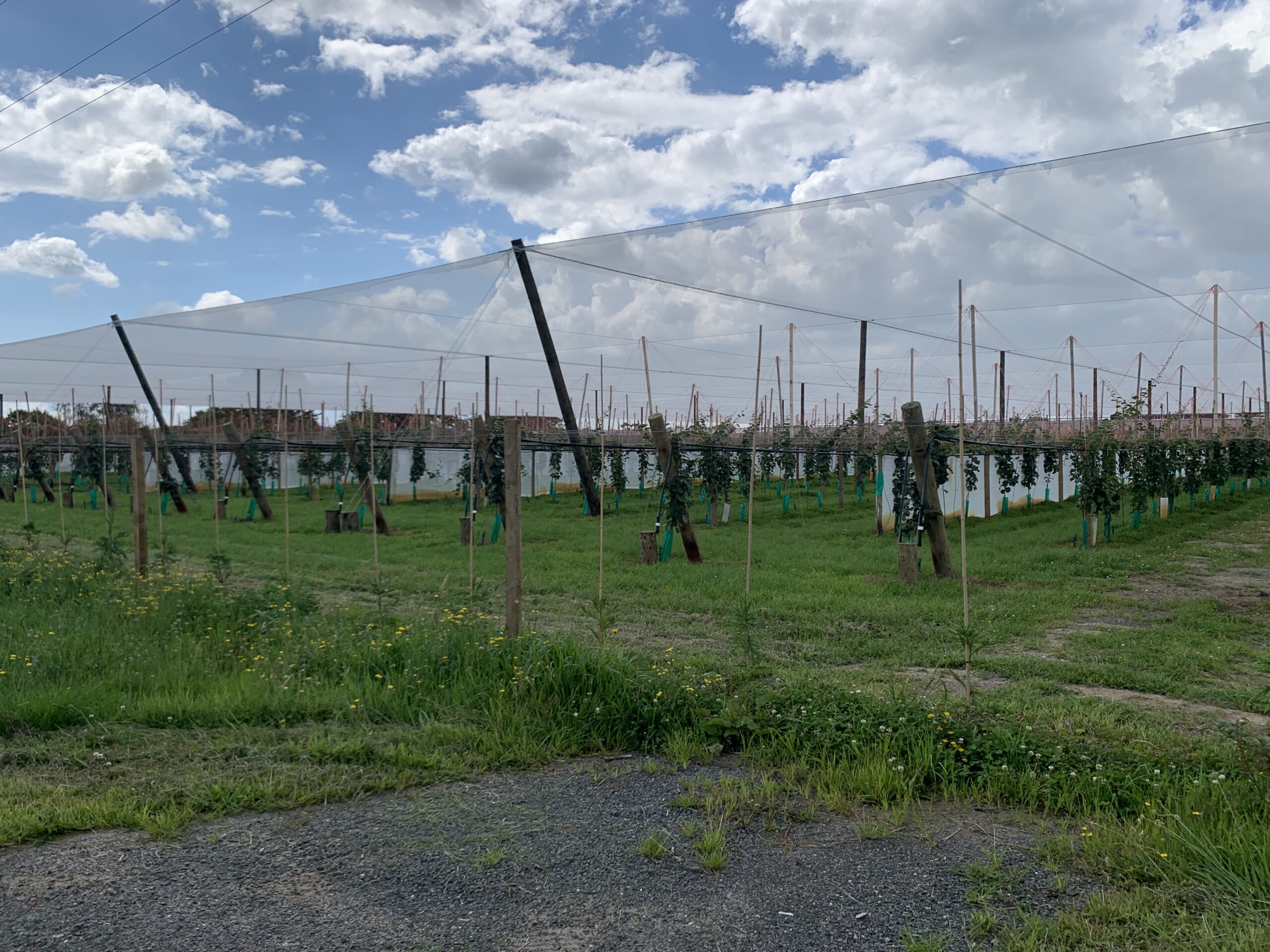 Part of the shade cloth at 582 Parallel Road.