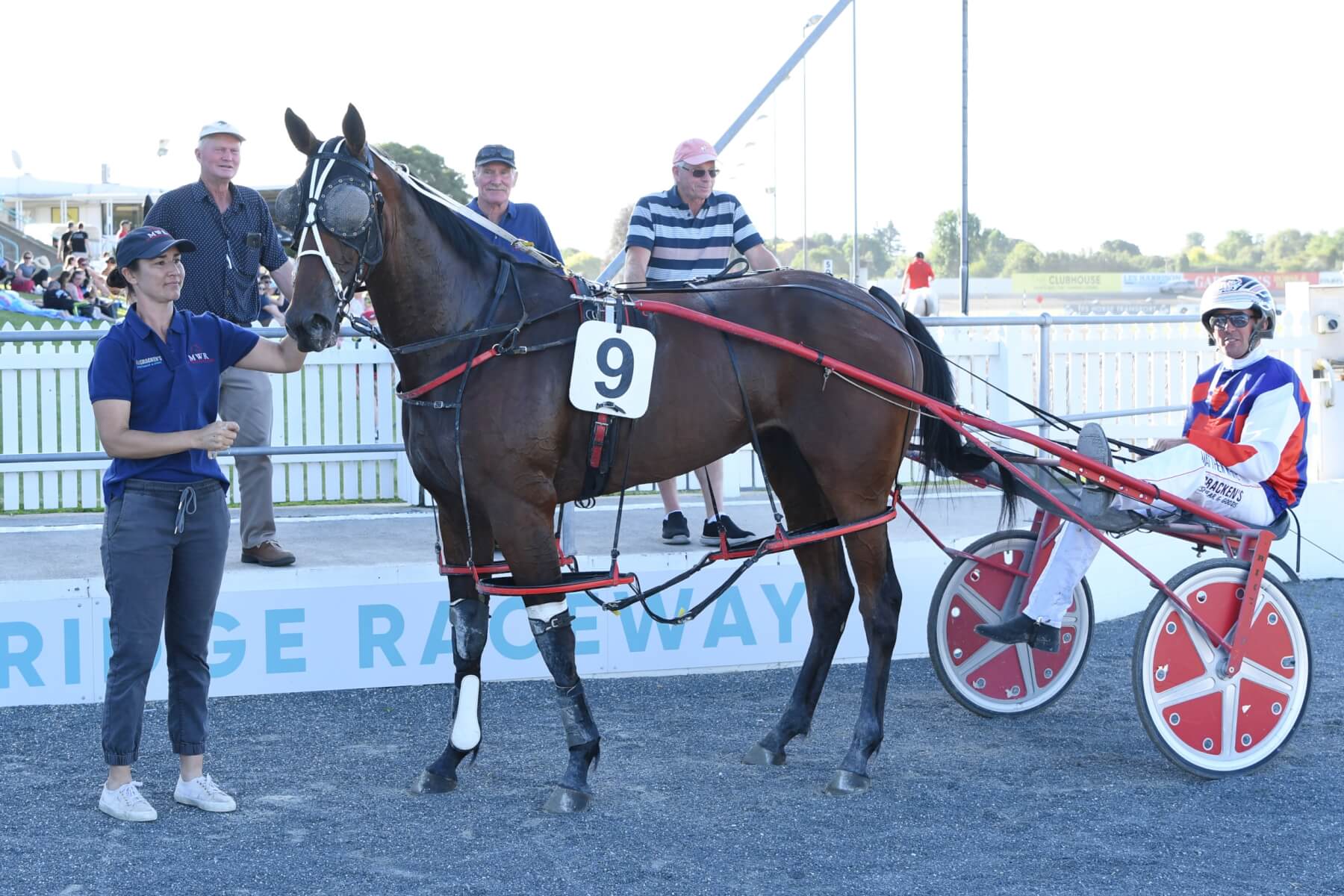 Waipā driver Matthew White bookended wins on Cambridge Raceway at the end of 2022 and the start of 2023 with three-year-old filly Mhai Surfer Girl and veteran gelding Sly Punter.

White trains Mhai Surfer Girl and guided her home to an over the odds first victory at the Raceway’s last meeting of 2022.

He wrapped up his year with a win on New Year’s Eve driving the Paul Nairn-trained mare Resolve to victory in the Group 3 Green Lane Cup at Alexandra Park.

White’s first drive of 2023, seven days later, was the Susan Branch-trained Sly Punter owned by a Cambridge family syndicate including Branch and her son Dave, who is chief executive at the Raceway.

The eight-year-old took out the win in Cambridge’s first race of the year at Saturday’s Summer Festival – the Gavelhouse.com 2700m trot – three quarters of a length clear of Sans Au Revoir. 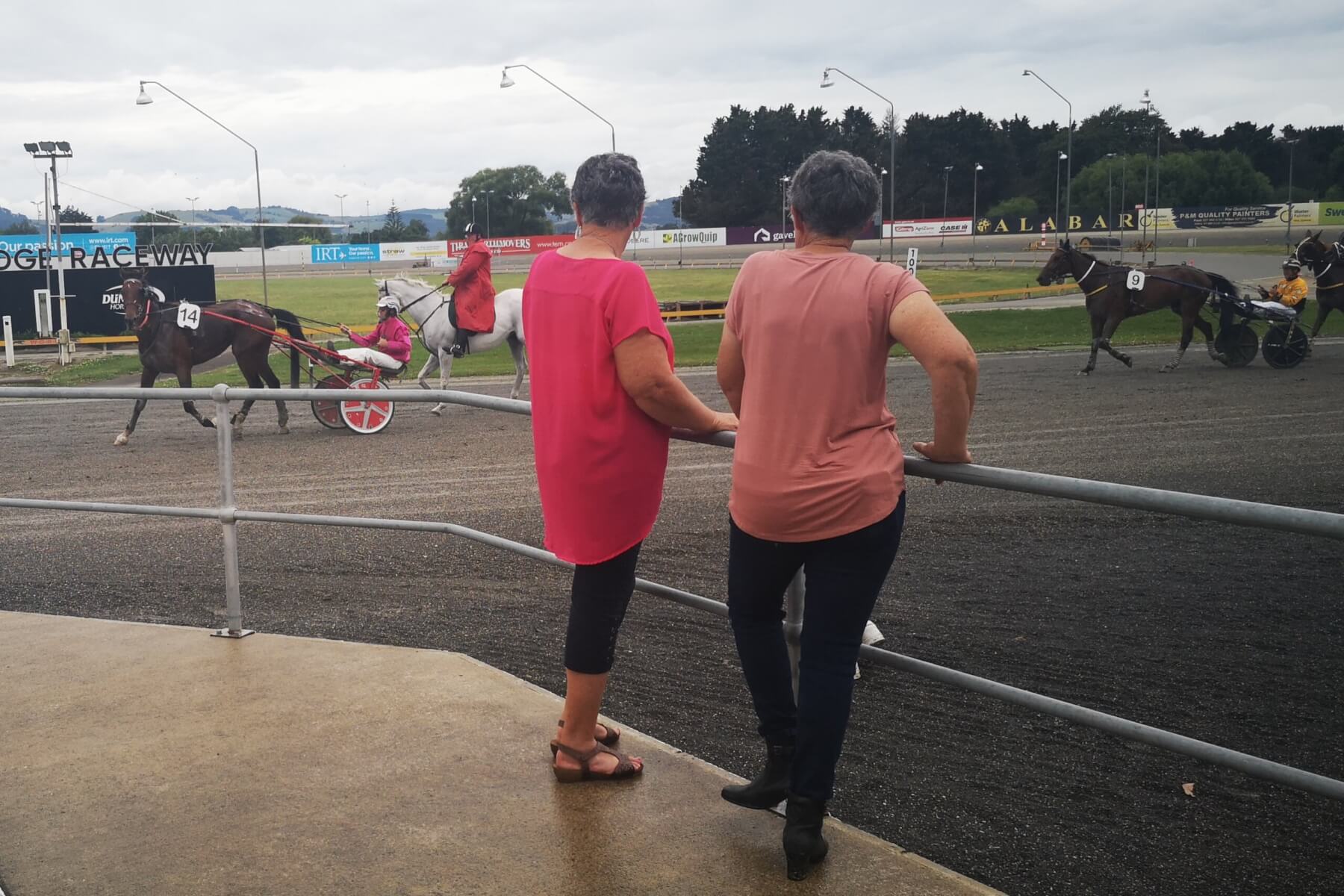 Matthew White endeavours to bring Sly Punter in to the gelding’s owners but the horse was having none of that! Photo: Mary Anne Gill

Mhai Surfer paid more than $30 for her debut win in Race 4 on December 29 – the 2200m Happy New Year From Woodlands Stud Mobile Pace – grabbing the victory with a sprint down the inner to pip Jono B on the line.

She was bred and owned by Ōtorohanga dairy farmer Doug Courtman, who was trackside to celebrate the win. Mhai Surfer Girl is the third horse White has trained for him.

“She is the most promising of the three,” he said.

“She has always shown a bit of ability but has taken a bit of time to put it all together so it wasn’t a big surprise she won the other night although we weren’t expecting it, more hopeful that she would go a good race.”

Punters who showed faith in the filly and in White, who was born and brought up in Cambridge, collected $31 for the win and $6.50 for the place. It was the 38-year-old’s seventh and final win for the year as a trainer.

Courtman won $5500 and the standardbred filly, by Downbytheseaside (USA) out of Mhairi (NZ), will now spend some time in the spelling paddock back in Ōtorohanga to freshen up for an Autumn campaign where its odds are likely to be considerably lowered.

“I can’t thank Matt and Bridget enough. They do a wonderful job with my horses. Having an understanding and competent trainer and driver makes the world of difference,” Courtman said.