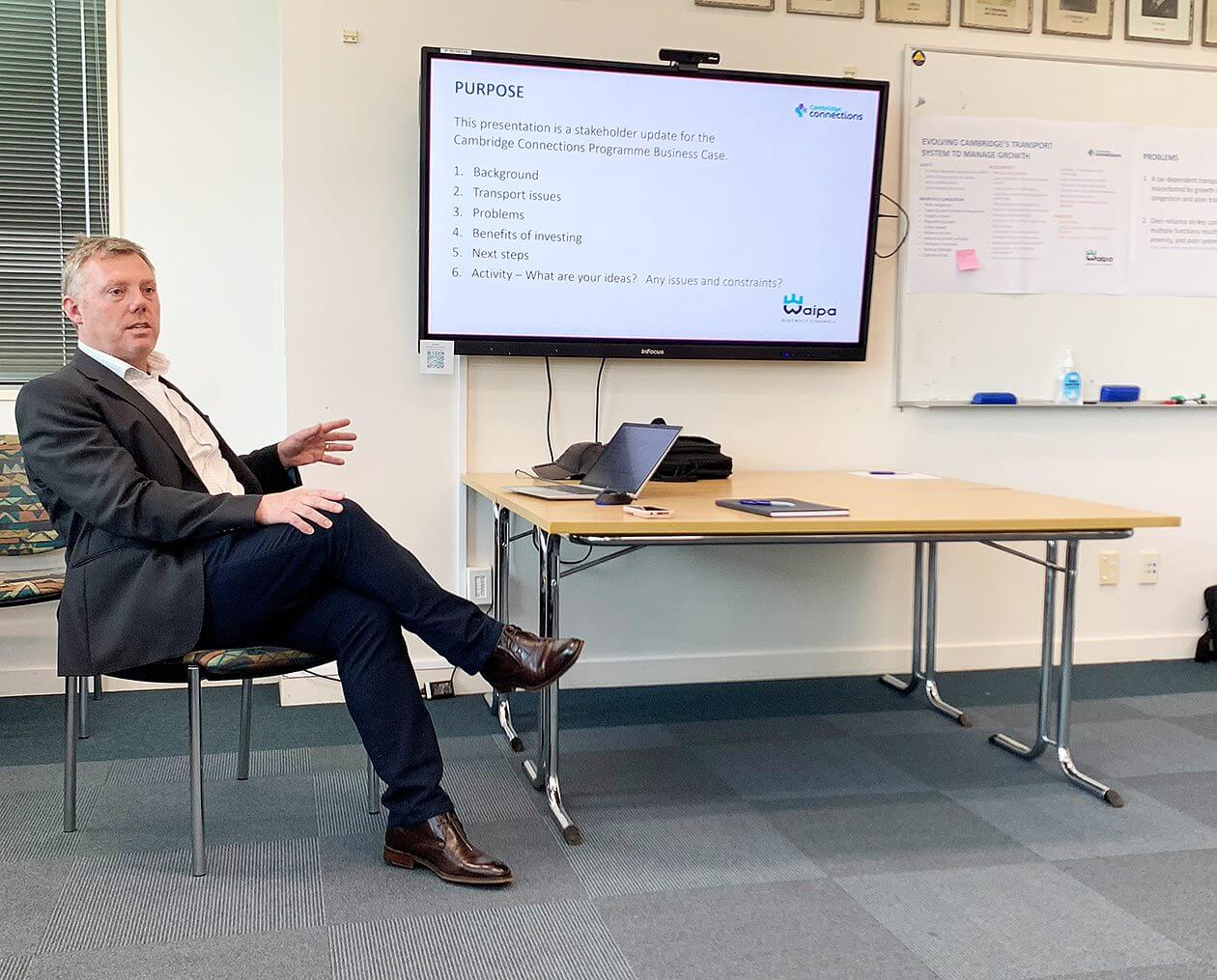 Workshops in Cambridge have established the town’s reliance on private vehicles is likely to grow unless other transport options are made available.

The engagement, part of the Cambridge Connections Business Case preparation, agreed on the problems and benefit statements for the town’s transport network needed before making any investment decisions.

Transportation planner Rachel Algar told Waipā’s Service Delivery committee this week a business case was essential because the whole Waipā district would pay for an additional river crossing in Cambridge.

The first identified problem was a car dependent transport system exacerbated by growth, results in congestion and poor transport choices.

Problem two is an over-reliance on key connections to perform a number of functions which results in conflicts, reduced amenity and poor system resilience.

The Victoria (High Level) Bridge is an example of a key transport connection which can disrupt the network if it is out of action, she said.

Other connection problems include conflicts between people and traffic in the central business district and the fact Leamington residents’ only access to Waikato Expressway going north is through Cambridge town.

Council allocated $300,000 for the Cambridge Connections project and work moved up a gear after the adoption of the Waipā Transport Strategy in May. That strategy confirmed the need for a third bridge in Cambridge once the high-level Victoria Bridge can no longer carry vehicles.

A business case will be ready by June 30 next year.

Meanwhile contractors working on the Victoria Street bridge repair and repainting project have set up a secure yard and site buildings on the Cambridge side of the bridge.

Initial works started late last month and included scaffolding of the land span and preparation and painting of this part of the bridge structure, Roading manager Bryan Hudson told the committee.

The bridge will be scaffolded and repainted in sections starting at the Cambridge town side. At the same time, maintenance work will also be carried out.

Scaffold design reviews for the more critical work over the arch are underway.

No traffic impacts are expected in the short term, Hudson said.

The project should be completed late next year.

Most of the work will be carried out from 7am-6pm on weekdays and on occasion, overnight.

The cost of the project has increased by $1.2 million from the $2.6 million budgeted in council’s 2021-2031 Long Term Plan. It will be funded from reserves/external funding.