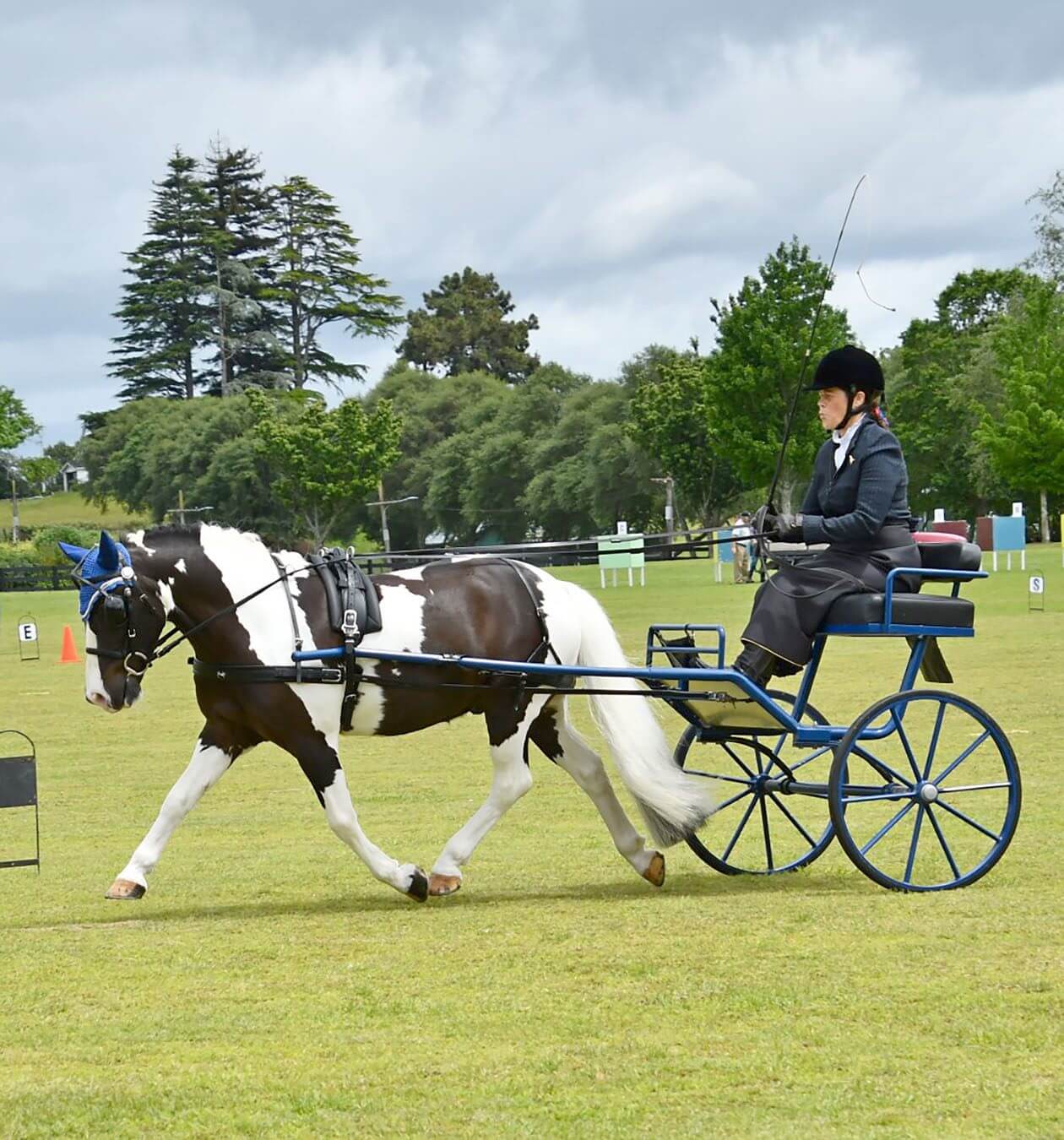 Leanne Bertling and Toy Boy during the dressage Tournament on Saturday.

The Waikato Horse Drawn Vehicles Society is the Waikato area club belonging to the national carriage driving. The Waikato society is based principally in the Te Awamutu area and most member live in Waipā and Hamilton.

The events featured a dressage tournament on Saturday and a short dressage test, followed by a cone course – which is likened to the show jumping phase of ridden eventing – and then marathon obstacles, where speed and skill are key on Sunday.

The dressage tournament forms part of a national circuit and contributes to the national championships to be held early next year in Flaxmere.

The club has seen an influx of new members, and it was great to see one, Stacey Bennett, who drove Willow, did exceptionally well in her first outing.

Other successful drivers on Saturday included Jennifer Carew from Te Awamutu who won the Advanced and Intermediate tests with Willowview Express, Leanne Bertling from Cambridge with Toy Boy. 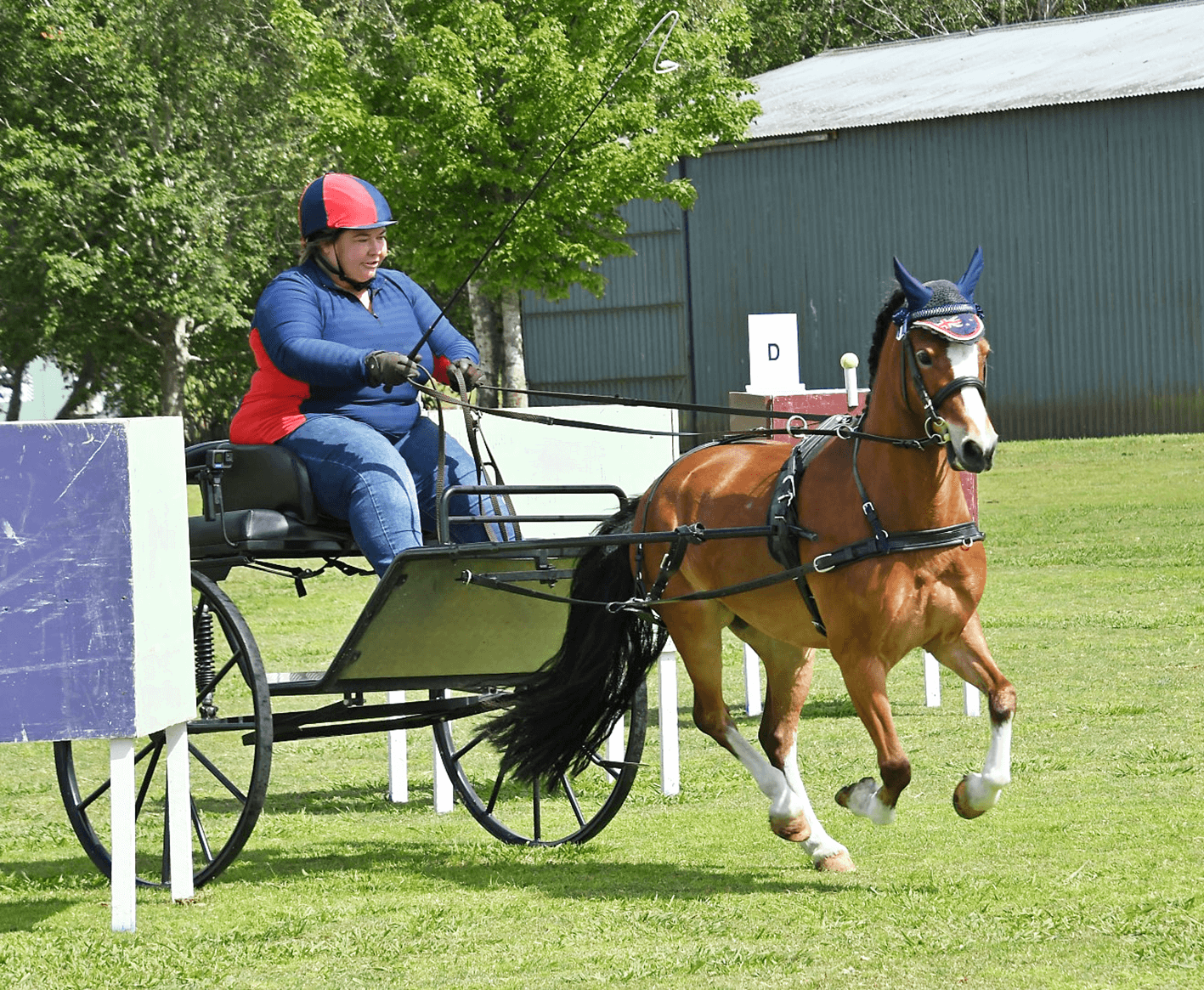 Jennifer Carew and Willowview Express on their way to winning the Champion Performance Award for the weekend.

Bertling and Carew also starred in the Sunday competition – Carew going home as champion and Bertling reserve champion at the end of the weekend.

The next event on the competition calendar is at Weal’s Property at 149 Kakepuku Rd on December 17 and 18. The second day will feature an international event pitting New Zealand against Australia – with speed courses on either side of the Tasman testing the competitors.