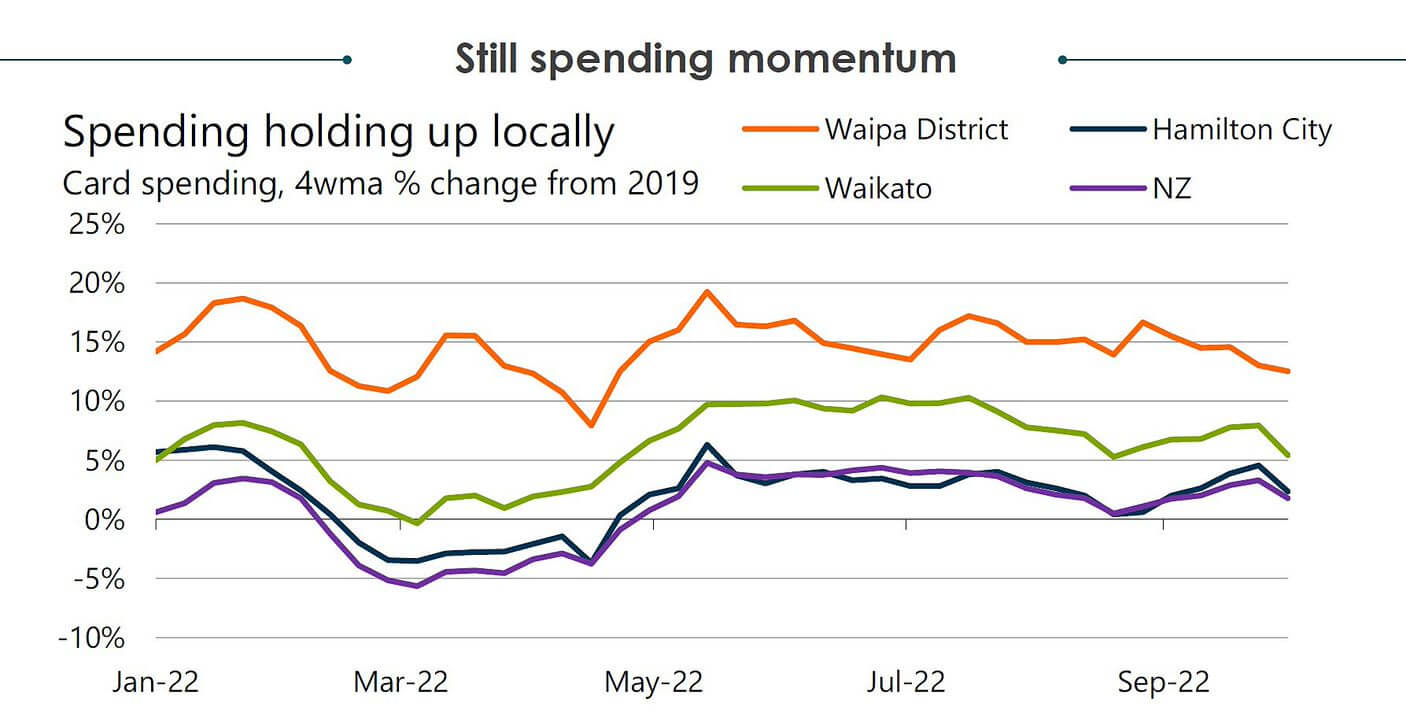 Credit card spending in Waipā is holding up better than Hamilton.

The information comes from data produced to the Waipā District Council as part of its newly-elected member induction.

The theme of his presentation was ‘Inflation battle to stunt growth in 2023’.

Just over 14 per cent of the Waipā workforce works in agriculture, forestry and fishing, 13 per cent in construction, 10 per cent in manufacturing and nine per cent in retail – all above the rest of New Zealand.

Waipā’s four weekly moving average card spending in October was up 12.5 per cent on 2019 compared to five per cent for the Waikato region while Hamilton and New Zealand figures are about the same at just over two per cent.

The district’s gross domestic product estimate – at 2.4 per cent – puts its economic outcome in a far healthier state than the 0.9 per cent for Waikato and New Zealand. 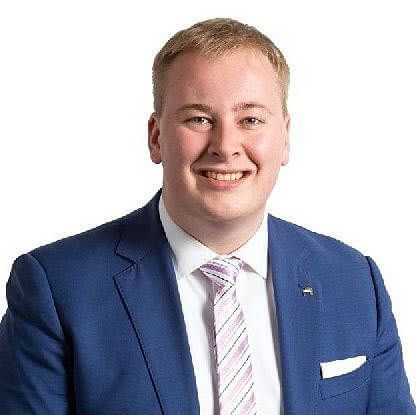 But cost pressures are building particularly on the farm where expenses are soaring by 13.4 per cent.

House prices have also dipped in the district while a limited labour market will cost employers more. It is harder than ever to keep hold of staff and as poaching rises, so too does the pressure on wages, Olsen said.

Infometrics are independent economic advisors the council uses to track how the local economy is tracking in comparison to the Waikato region and nationally.

Olsen will continue to provide updates as staff develop the next Long Term Plan.