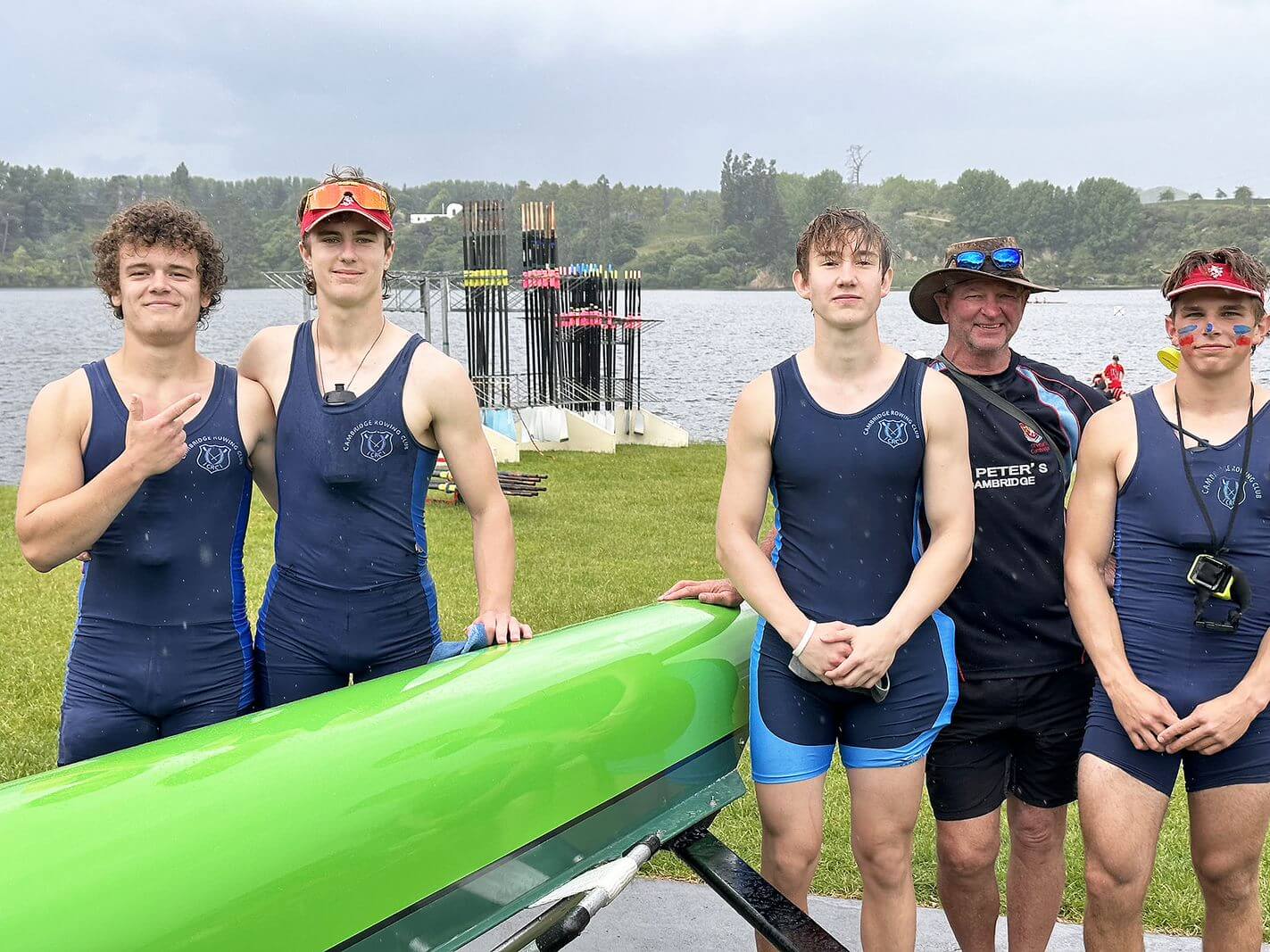 Some of the country’s finest young rowers put on two days of outstanding racing on Lake Karāpiro last weekend.

The regatta attracted a host of Waipā and Waikato rowing clubs and schools – and promising rowers from Auckland, Rotorua, Tauranga, Whakatane, Whangarei and Whanganui.

Weather for the event was threatening, but it largely remained dry over the two days.

St Peter’s Year 11 and 12 students were at the Karapiro Club Regatta and all made finals.

Karāpiro will host a Christmas regatta over three days from December 16.