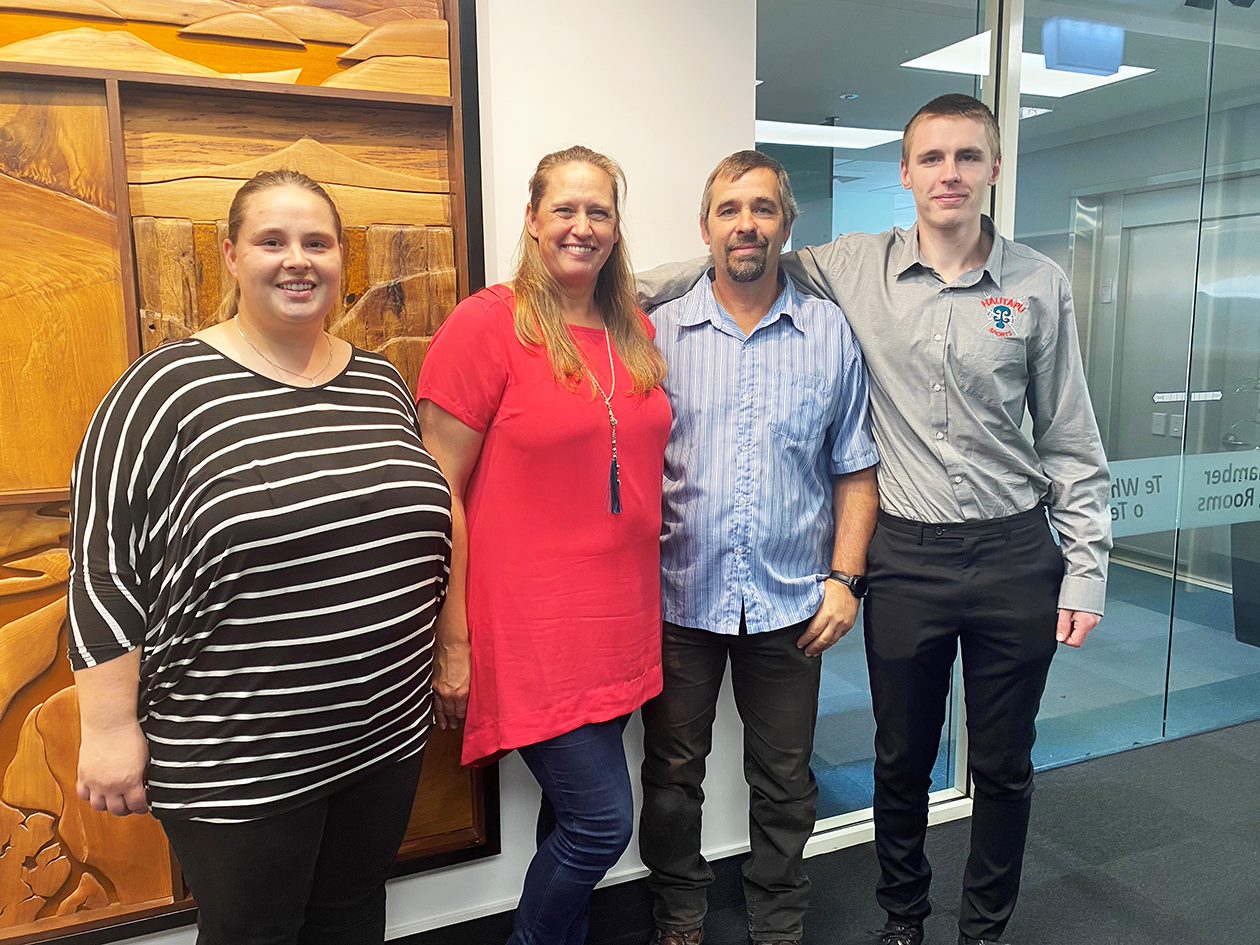 A family celebrating 11 years in their new home have become naturalised New Zealanders.

Angeline Naomi and Christo Van der Merwe, and their two children Eben and Yolinda moved to New Zealand from South Africa in 2011.

But the journey to Cambridge came via Australia. They fell in love with that country – but were not big fans of the number of people were they were, so crossed the Tasman.

Angeline and Christo started their business, CAD Boiler and Combustion Ltd in April. Angeline is the Office Manager and Christo does more of the hands-on work. Their children both work too – Eben makes custom headstones and bench tops and Yolanda is a chef.

Last Friday the family was among a group of 30 immigrants who became New Zealand citizens at a ceremony in Te Awamutu where mayor Susan O’Regan presided for the first time.