Waipā District Council has bought 6.6ha of land for millions of dollars in Cambridge to be used for sport and recreation.

It comes on the back of an acknowledgement that the town’s winter sport players are bearing the brunt of a shortage of sports parks across the district.

The 6.6ha at 397 Grasslands Drive is adjacent to the giant 3Ms development and has been purchased from Frank and Colleen Ritchie and John Coltman. 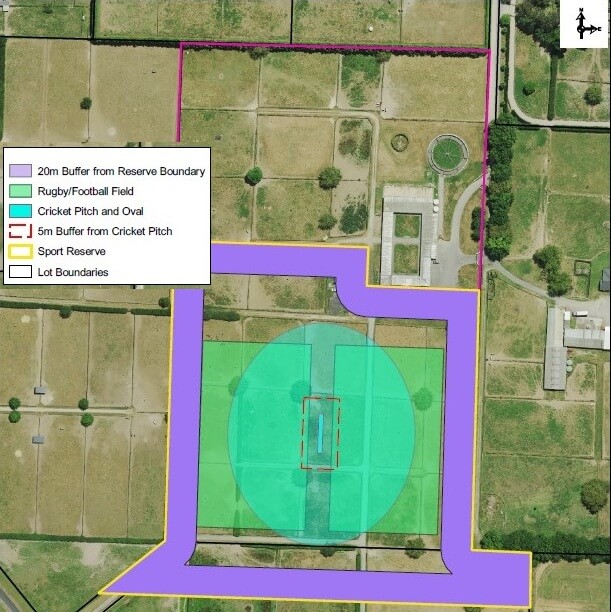 The council said the price of the land was commercially sensitive and would not be disclosed. However according to Waikato Regional Council records, the land at that address is 10.3761 hectares and has a value of $5.17 million.

The News went back to the council with several questions including how they would “hide” the price in the annual accounts and how the land purchase would be funded.

A spokesperson said the price would not be disclosed “at the moment”.

“It will not be ‘hidden’. It will be included as a land purchase addition in the Property Plant and Equipment note to the financial statements as required by Generally Accepted Accounting Practice.”

The council will have to borrow the money to pay for the land although long-term it will be funded by development contributions.

It is earmarked for an active recreation area to include a new cricket pitch and oval and two rugby grounds and alongside a new destination playground.

Some of the land will also be used for roads and stormwater drainage needed to support the urban area known as the C2 growth cell. That cell, now under construction on Cambridge Road, will eventually hold 2500 houses. When complete it will include different types of housing, the Ryman Retirement Village, a new primary school and neighbourhood shops.

A Waipā-wide review in 2020 identifying a shortage of sport parks, largely in Cambridge, said rugby and football were hardest hit.

Group manager growth and regulatory services Wayne Allan said the existing structure plan for the area called for sports fields in the housing development. A structure plan is created before any land is developed to determine how an area will look and where everything will go.

“Green space is hugely important and that is recognised in all of our long-term planning,” Allan said.

“Specifically, this land has been tagged for sports fields because council’s community services team has identified a shortage of sports fields in Cambridge, particularly for winter codes. But the area purchased will also allow for roads, swales and other infrastructure needed to support new housing.”

Allan said securing land was the first step in the process – full development of the sports fields would be at least three years away.  Funding to pay for the development will be budgeted as part of council’s next 10-Year Plan.