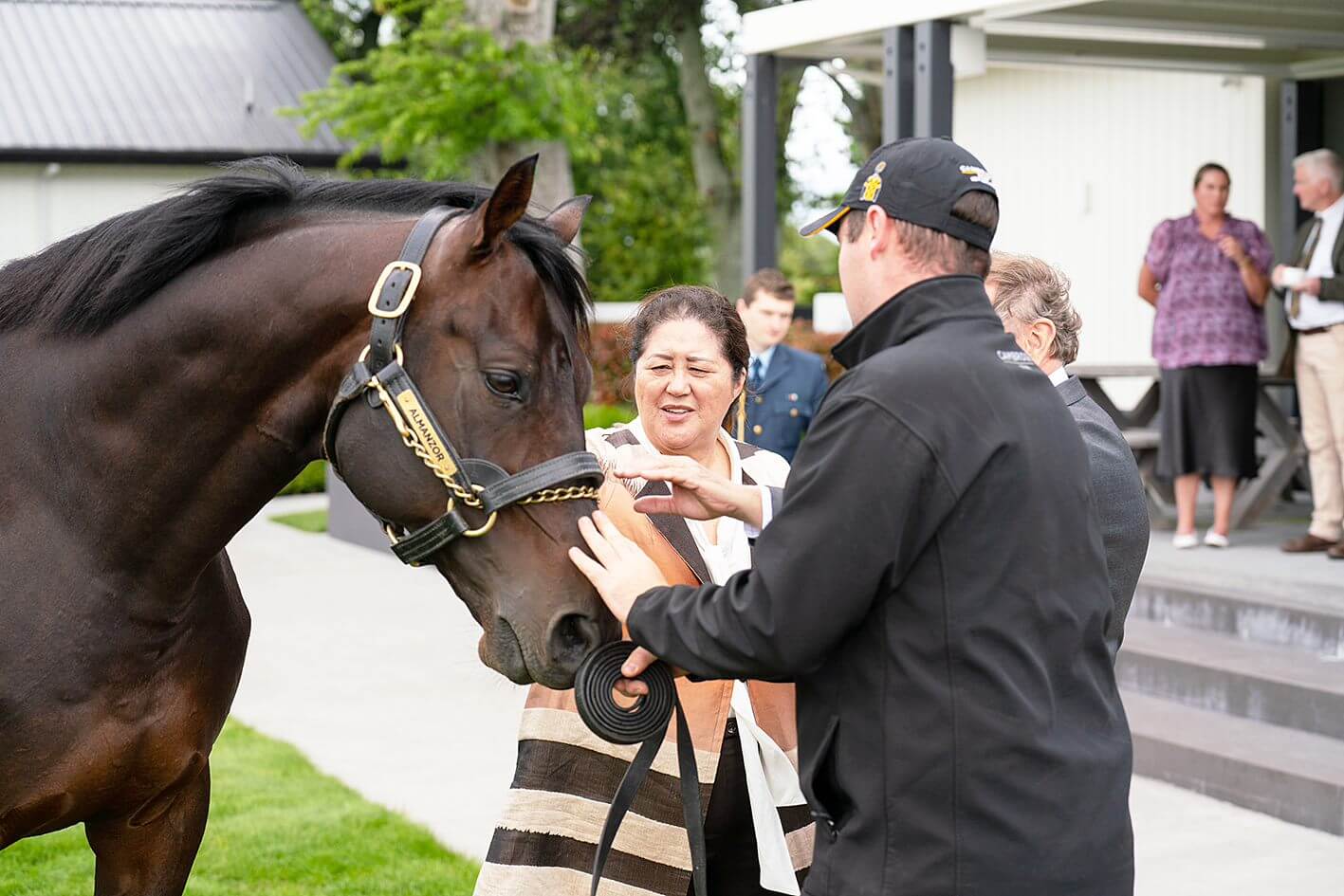 An invitation was extended by the New Zealand Thoroughbred Breeders’ Association earlier this year as part of the late Queen’s Platinum Jubilee celebrations.

Association chief executive Justine Sclater said they had wanted to engage with   Dame Cindy, offering the opportunity to introduce her to the industry and the animals that the late queen had been so passionate about.

“We really wanted to showcase who we are and what we do,” Sclater said. “We were lucky enough to have the late queen as our patron for 30 years and we felt it was important to show why she had such an affinity with thoroughbreds and the breeding industry.

“Organising the event was a massive undertaking though well worth it and I have had some really good feedback. We wanted to keep it a small event giving Dame Cindy the opportunity to get up close to the horses and really get a sense of why Queen Elizabeth II loved them so much.

“Dame Cindy is an inspiring woman with a great aura about her and I felt by the end of the day she had a real grasp of what we are about and why our industry is so important.”

The governor-general and her husband Dr Richard Davies were first hosted at Waikato Stud where they met champion sire Savabeel and barnmate Super Seth.

Dame Cindy said she realised the importance of the visit and left with an appreciation of the industry and those who contribute to it.

“It was really an honour of her (Queen Elizabeth II) great love and passion of the equine industry that I wanted to come and pay respect to the industry.

“I’ve come to understand the importance of the legacy of the ongoing breeding programme and how important it is to get horses of that calibre into New Zealand so we can remain competitive, particularly in the Australian market but also worldwide.”

Sclater was impressed with Dame Cindy’s enthusiasm and understanding during the visit and said it highlighted the importance of showcasing the industry and giving people the opportunity to engage with the horses that make it so special.

“It just shows what we are capable of when we expose our industry to people who have had no prior experience with it,” she said. “It was wonderful to see how captivated Dame Cindy was and how she really understood the importance of our industry.” -NZTBA