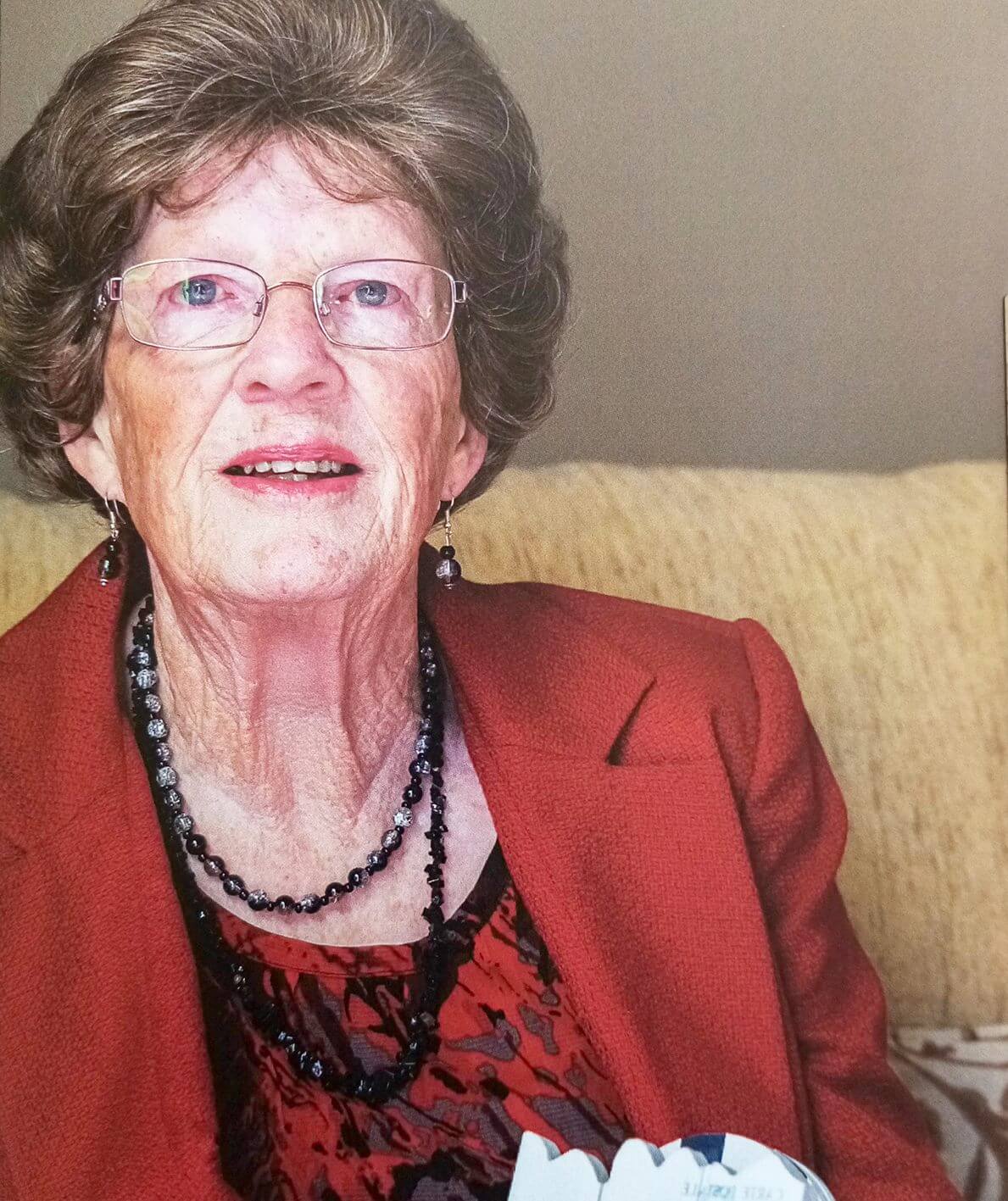 Judy Homewood, who died in Waikato Hospital on November 23, was a Cambridge woman through and through.

Her life played out in full here.  She was fifth generation Cambridge;  it was here she was born and educated, where she met and married Gordon Homewood, where she created hundreds of magnificent cakes and teddy bears, where she knitted for orphans, and where she and Gordon immersed themselves in the model aircraft and boat world.

“There was always food on the table, clothes on our backs and love in our hearts. She was the most caring, kind, selfless and generous person we have ever known.  She also had the biggest heart for all things four-legged and furry with the biggest attitudes,” she smiled.

Judy was born Judith Ellen Fitness at the then Whitiora maternity home in Hamilton Rd, arriving on May 30, 1944.  She spent her first eight years on a small farm on Roto-o-Rangi Rd before her parents Ian and Vera, plus older sister Margaret, moved into town and established an egg farm behind their Vogel St home.  That was in 1952.

Judy attended the then St Peter’s Convent School and Cambridge District High School, going on to take up a secretarial position at Cambridge’s Waikato Motors in the 1960s.  While there, she met Gordon Homewood, an employee at the nearby Aitken Motors.  The couple married on April 11, 1966, and went on to build a home behind the family’s Vogel St house, on land gifted as a wedding present from Ian and Vera.  Both Gordon and Judy lived there for the rest of their lives.

Judy ran several sideline home-based businesses while raising the family. She fashioned custom-made teddy bears in the 1970s, then started cake decorating in the 1980s.  It was a skill that won her acclaim for baking and icing hundreds of birthday, wedding and Christmas cakes over the decades.

Son Dave, a sixth generation Cambridge man, said they were a perfect team and were popular in radio-controlled model circles.

“Gordon was the modeller and expert, Judy did the paperwork and books and laid on hundreds of afternoon teas for fellow modellers,” he said.  “They also set up GRH Hobbies, a specialist radio control model boat business they ran from home.”

In the late 1980s Judy worked in the Cambridge High School canteen, later taking on a job in the secretary’s office at Goodwood School.

After Gordon’s death in 2005, Judy occupied herself with knitting, crochet and other handcrafts.  She soon found herself among the Knitters and Natters group who support Operation Cover Up’s initiative knitting blankets and clothing for orphans in eastern Europe.

Before long, she was on their committee and running their Facebook page.

A woman of strong faith, Judy was a long-time member of the Catholic Women’s League, an active participant in the Prayer Chain organisation, and a regular donor to charities.

“She never made a fuss and just got on with things,” said Dave, who followed the family interest in aviation, joining the Air Force and later establishing a worldwide online network connecting aviators around the world.

“She loved her landscaped garden, was an avid reader and quiz show viewer … and her fruitcakes were legendary.”