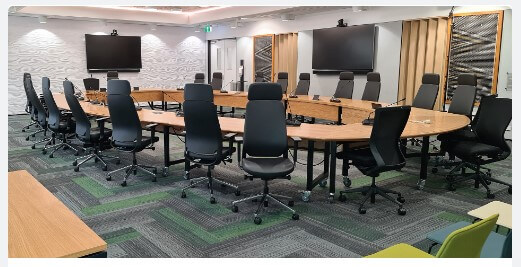 Woes that thwarted the previous Waikato Regional Council in the debating chamber look set to continue.

Nine discretionary committees were selected at the new council’s first meeting – but it took six hours and 15 minutes of official time and another two hours of behind the scenes activity to agree to them.

The council may have several new faces – but a split down the middle remains.

Waipā-King Country constituency representative Stu Kneebone was appointed onto the powerful Finance and Services Committee and is odds on favourite to become chair. He is also on the Strategy and Policy committee with fellow Waipā-King Country councillor Clyde Graf. But there was controversy over chair Pamela Storey’s recommendations for the council’s committees which some argued said favoured her supporters.

Claims of stacking and sexism were made. Kneebone said he and other councillors had only found out about Storey’s suggestions when the agenda went out to the public.

“It feels to me like you’re treating us as second-class citizens and you’ve got no respect for us.”

When the two went head-to-head for the chair’s position last month it ended in a seven-seven stalemate and Storey’s name was pulled from a hat to get the job.

Several divisions – a method of taking a vote that physically counts members – were called for throughout the meeting last week and Storey used her casting vote twice when there was a deadlock over membership numbers.

A motion to increase membership of the Strategy and Policy committee from the proposed 10 to all 14 councillors was lost.

Similarly, a motion to increase membership of the Climate Action committee from five to eight was lost. However, the numbers were later increased to seven in a unanimous vote to ensure Māori involvement in decision making.

While there was discussion on who should sit on each committee, and some changes made, eventually membership was confirmed by way of a unanimous vote. But both Tipa Mahuta and Kataraina Hodge abstained at times.

Councillors delegated decisions on the chairs and deputy chairs to each committee in meetings to be held in the coming weeks.

The Regional Connections committee, established last term, has gone and instead, councillors voted to engage with Future Proof partners over establishing a Metro Public Transport Subcommittee.

The council will now meet Hamilton City, Waikato, Waipā and Matamata-Piako districts – where there is most public transport demand and investment – to confirm arrangements for a subcommittee.

The Regional Transport committee will extend its focus to include public transport in the wider region.

There was also support for establishing a joint Freshwater Policy Review Committee with iwi partners, as well as the Metro Public Transport subcommittee.

See: We say, call in the commissioner now.

See: Who’s on the council committees