Waste: what’s in the pipeline 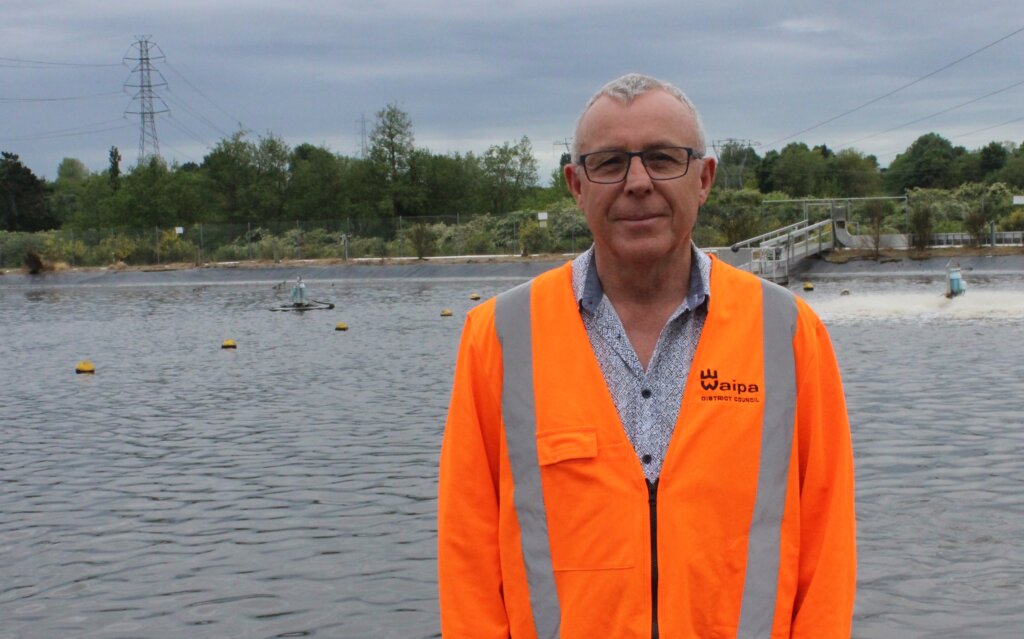 Cambridge’s new $110 million wastewater treatment plant will be one of the most advanced operations in the country when it opens in four years.

And while Waipā Water Services manager Martin Mould likes to discuss  the various state of the art qualities the plant will have, his big hope is that most residents will hardly notice it. 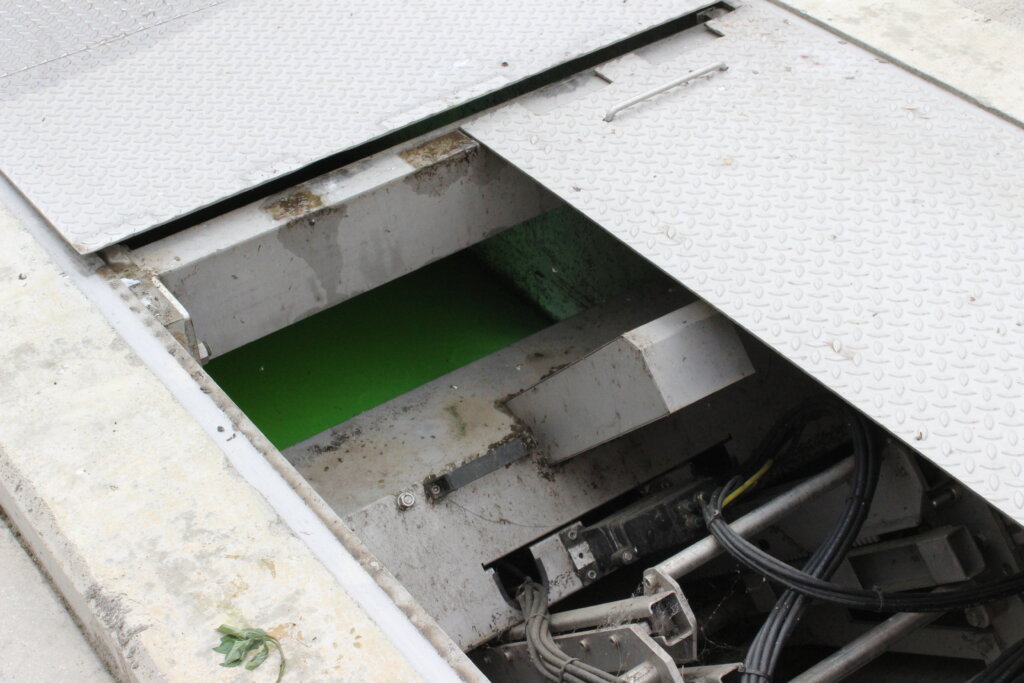 Innovative technology will keep smells, noise and visual nuisances to a minimum.

Mould said it would probably use membrane bioreactor technology, widely used around the world to provide an advanced level of nutrient removal, to provide high quality effluent. Instead of the current ponds, the new facility would consist of buildings, tanks and large concrete structures.

Biosolids generated could be recycled as compost.

A wastewater plant to treat Cambridge’s sewage was built on the land at the end of Matos Segedin Drive in 1971.

During the 1980s the council’s maturation pond failed twice due to leaks along the old stream gully under one of the ponds.

Meanwhile the neighbouring Weddel meat works treated its own wastewater and discharged it into eight rapid infiltration beds.

When Weddel went bust in 1995, the council bought the meatworks’ land and upgraded its plant on the 37.83ha site to include the infiltration beds. 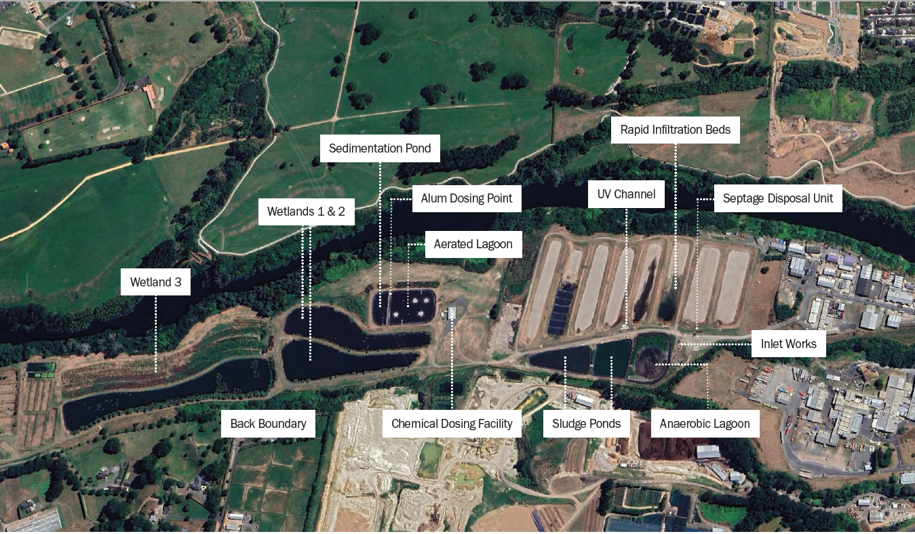 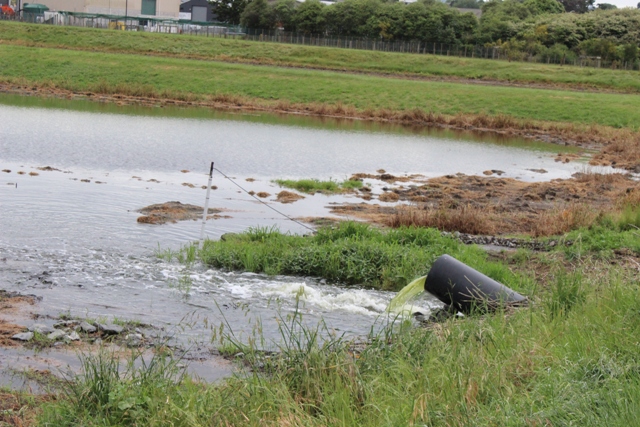 Treated wastewater enters one of the infiltration beds.

The wastewater enters the Waikato River near Pukerimu Lane and the regional council monitors water quality about 12km downstream at The Narrows boat ramp.

The plant breached many of its regional council consent conditions for the river several times – prompting Waikato Regional Council to issue an abatement notice in 2019.

A short-term consent allowing the plant to continue operating and discharging wastewater was approved in December 2020 provided a new plant was in operation by December 2026.

Mould said the design of the treatment plant is expected to be finished by next June.

Waipā has memorandum of understanding agreements with local iwi, Hamilton city and Waikato district councils which makes the likelihood of drawn out hearings to get resource consent unlikely.

Consent conditions will include a requirement to remove more nitrogen and phosphorous than is the case now. The current plant comprises preliminary treatment including a grit chamber, screen, an anaerobic lagoon and secondary treatment, which includes an aerobic biological process  in an aerated pond and a sedimentation tank. It currently receives an average of 45m3/day of septage, and this will continue to be accepted at the new plant for Waipa-based septic tank residents. 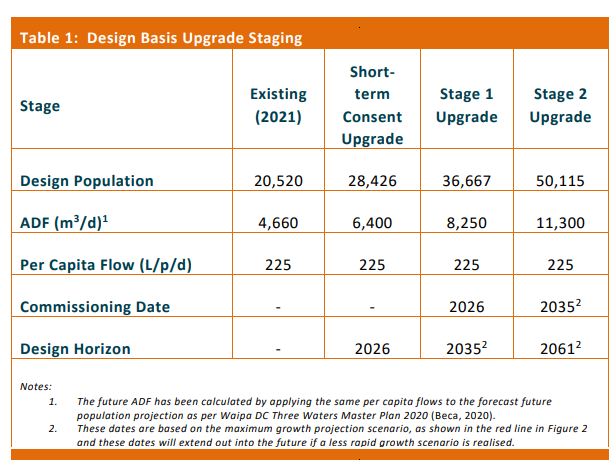 The population and flow changes between the stages are: (ADF is the average daily flow)

Wetlands and the rapid infiltration beds provide the final treatment. Treated wastewater seeps from the beds through porous soils into the Waikato River.

The council will ask for a 35-year discharge consent through an outfall structure into the Waikato River.

Only a third of the current site will be required – so the final consents will allow for site work to include native tree planting, solar technology to power the plant during the day and regular technology reviews. 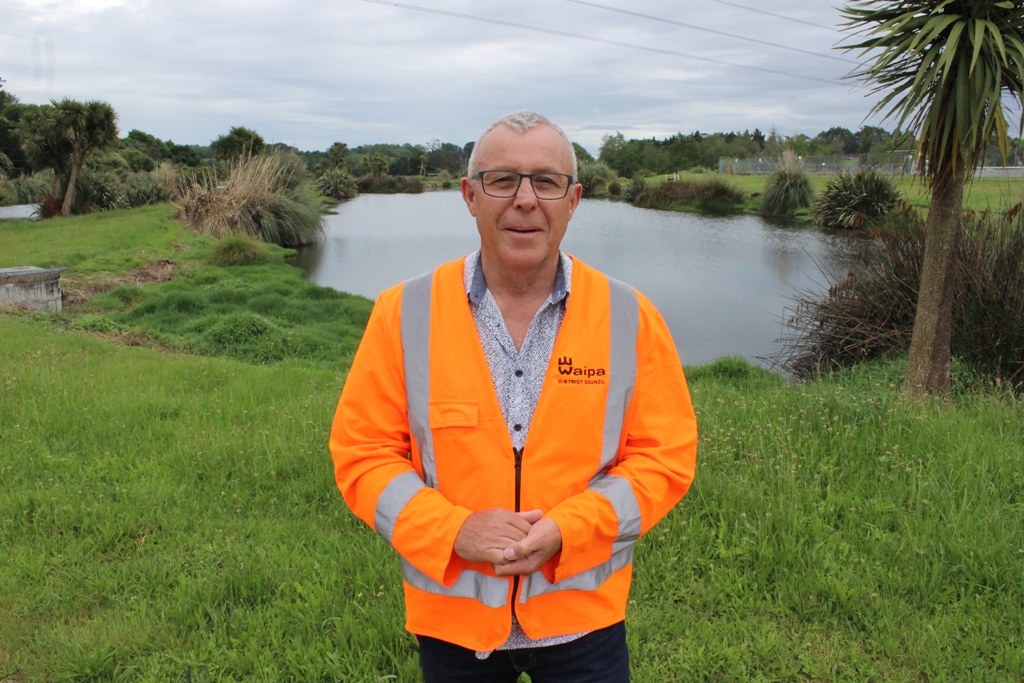 Martin Mould in front of the wetland ponds