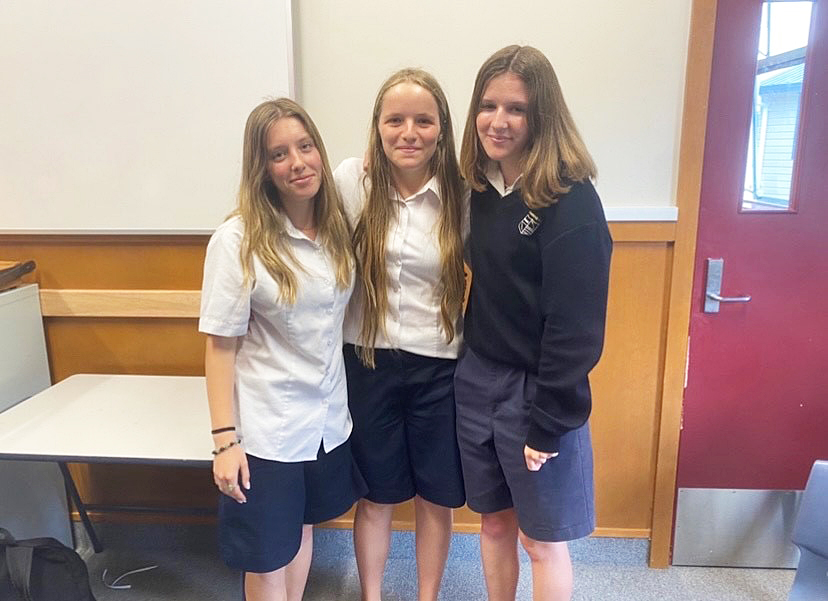 Students, from left, Samara Skinner, Skyla Tubman and Ivy Chaplin are looking forward to the trip.

Students at Cambridge High School are planning fund raising projects for a school trip in October next year.

About 30 year 10 to 12 French studies students will head to Noumea, New Caledonia.

The trip is being organised by French teacher Pip Feast.

Fundraisers include a quiz night – and a pop up shop which will open in March.

Parent Stephanie Riddle, who is helping with the organising, said from an educational perspective the opportunity for the students to manage a retail store will be a great experience.

“What we need is donations – clothing, jewellery, belts, hats and shoes,” she said.

Donations can be made through the school and the shop will be open each Saturday in March next year.

Riddle – whose daughter Lauren, 10, will be on the trip, said the shop presented an opportunity for the community to get involved in the project.

Cambridge has a strong French connection – one of its sister cities is Le Quesnoy in France.