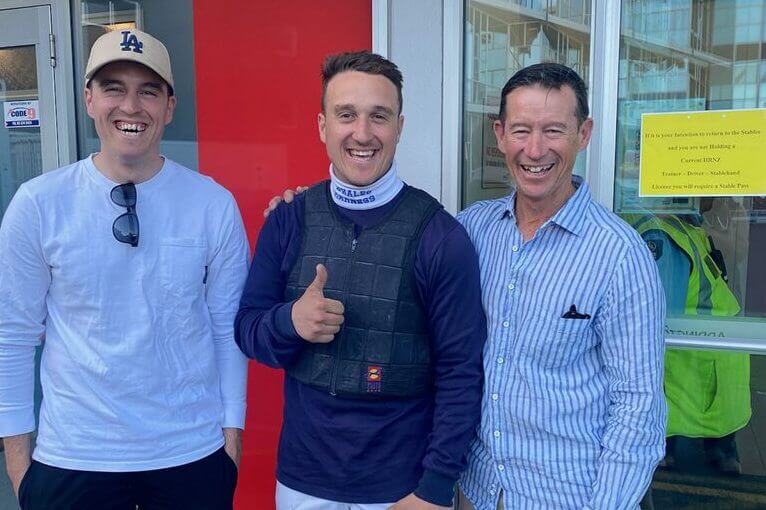 Father and sons, from left: Benjamin, Zachery and David Butcher after their cup efforts in Christchurch.

David Butcher and sons Zachary and Benjamin created history at the New Zealand Trotting Cup meeting in Christchurch yesterday, but it wasn’t for having prize-winning drives.

Cambridge-based David, 58, has been involved as a driver and trainer since 1981 but this week he and his sons were the first father and sons to drive in the Cup.

David was competing in the race for the 16th time – this time on Kango, which finished 10th – and has won it once in 2008 on Changeover.

Zachery, 31, was behind one of the pre-race favourites Old Town Road, which finished sixth. He had driven in the cup seven times before this week and never won.

Benjamin, 27, had driven in the cup only once, when he finished 11th aboard Check In. His drive BD Joe came eighth.

David has won a remarkable 35 Group One races, Zachery 17 and Benjamin two. With her husband and two sons in harness racing’s biggest race, it might be assumed Wanda Butcher would be glued to the TV.

“I doubt it. She doesn’t go well with one of us in a race let alone three,” Benjamin said.