Inflation is out of control 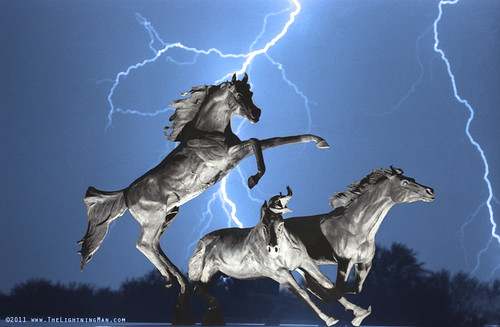 The inflation horse has bolted | Via Bo Insogna under CC BY-NC-ND 2.0.

Mervyn King, a former Governor of the Bank of England, said publicly in late October that ‘central banks have lost control of inflation’.

I agree. All central banks were very slow to take action to control inflation as it rose to levels that were double, then treble and then over four times above their inflation targets.

They were slow off the mark because they believed initially the surge in inflation would be transitory. But the drivers of inflation have now become widespread and are becoming entrenched.

Most central banks are belatedly taking action to slow inflation down. The most aggressive recent actions have been taken by the US Federal Reserve. The Fed on November 2 announced its fourth successive interest rate increase of 0.75 percent. The Fed’s actions are going to put the pressure on other central banks to follow their lead. The Fed is not like other central banks. It is the central bank of the country that issues the world’s number one reserve currency, the US dollar.

The US dollar has been strengthening recently because with the amount of uncertainty and instability in the world increasing, investors have been looking for ‘safe havens’. The US dollar is still regarded as the safest haven currency. The US now also has higher policy interest rates than many other countries, including New Zealand. Given these two things, there is only one way the US dollar exchange rate will go in the next few months. It will continue to get stronger. This means that other currencies, including the NZ dollar, will continue to get weaker against the US dollar.

Many major import items are priced in US dollars so that means the inflationary pressures impacting on NZ from abroad will continue to rise. One of the most worrying things about recent inflation data in New Zealand is that though the initial surge in our inflation was primarily driven by external factors, locally-generated inflation has been at a  similar rate in the last two CPI releases.

There is also more anecdotal evidence of wages rising strongly here.   Pay rises are to be expected. Labour is the scarce factor of production in many industries.

Economics tells you that the prices of items that are scarce tend to rise. Most central banks, including the RBNZ, are still forecasting that inflation will fall back towards their target range of 2-3 percent – but their forecasts keep moving the date that this will happen further into the future. Not long ago they were saying this would happen in 2023, then 2024 – and now they are saying it could happen in 2025.

I expect that date to continue to shift into the future and to be like a mirage – out there in front of you but you never seem to get closer to it.

The US Federal Reserve is finally taking some aggressive action to get back control over inflation.  But because central banks have been so slow to take action, inflation pressures have strengthened and spread.  It is going to be a long and bumpy battle to get them back under control.