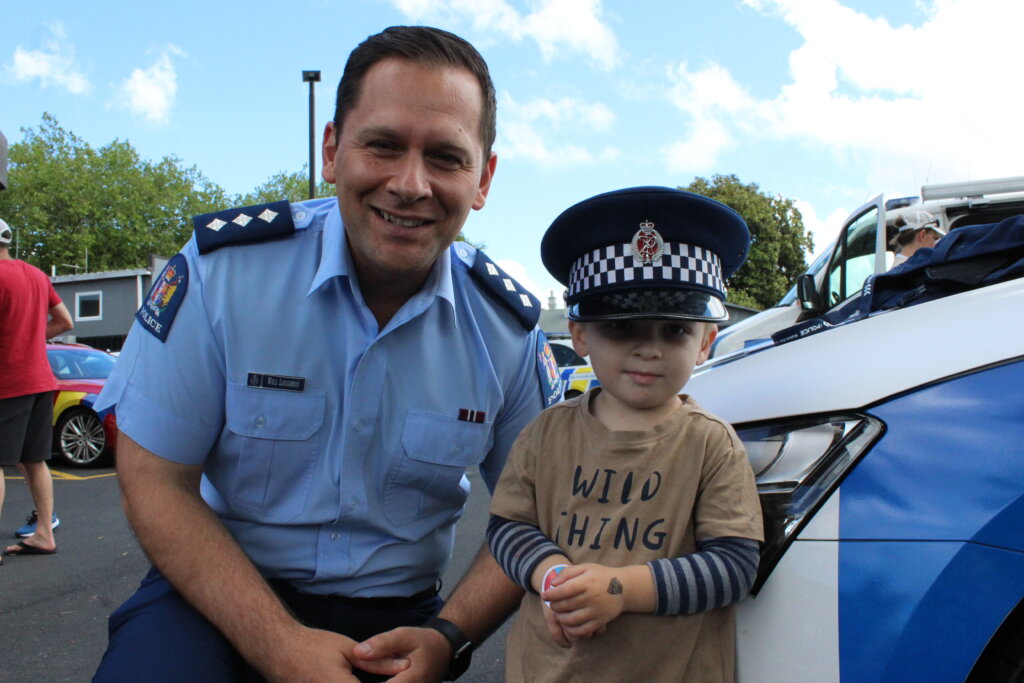 About 1000 residents toured the new Cambridge Police hub on its community engagement day with patrol dogs Valko and Bluey among the star attractions.

Waikato district western area commander Inspector Will Loughrin said the Saturday morning event was a great opportunity for the police to show off the new hub.

The base opened in August and is the first developed under a partnership agreement between Tainui Group Holdings and New Zealand Police.

German shepherds Valko, 7, and Bluey, 4, brought their handlers along as well. Waikato Police Dog Section team leader Sergeant Mark Sandford, who joined the police in 1985 and has been in the dog section since 1990, said Valko was his fifth dog.

He was already training another dog to take Valko’s place as most dogs work for around eight to nine years and it takes 18 months to train a dog.

Waikato has nine dog handlers, including Sandford and Gibson, who both live in Cambridge, as does Loughrin.

Of the 80 puppies born each year under police patrol dog breeding programme, around 50 per cent of the ones chosen as suitable for training become fully operational patrol dogs.

Patrol dogs are german shepherds, due to their proven history of performing to high standards.

Their reaction to factors such as crowds, noise, other animals, children, acts of aggression, and new places is important in determining their suitability.

Valko and Bluey revelled in the attention they got on Saturday, particularly from children.

All dogs wear a Sabre Tactical Mako harness, which shields their vital organs from stabbing and slashing.

One of Sandford’s dogs was stabbed with a screwdriver around his neck but recovered to return to duty. 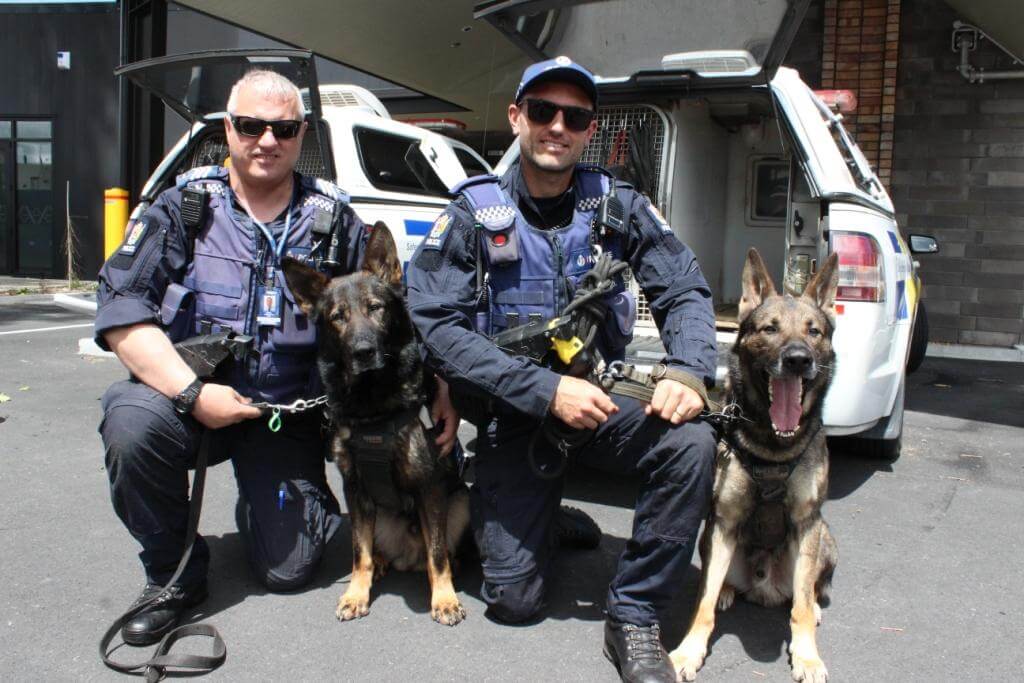 New Zealand police dogs and their handlers are one of police’s frontline responses, and are used to respond to incidents, track offenders and help to secure scenes. Depending on their handler’s qualifications and the dog’s attributes and training, some specialise in search and rescue, and armed offender work. Detector dogs work with narcotics, cash, firearms and explosives.

“It still amazes me how many offenders try to run away,” said Sandford, who estimated most police dogs can reach speeds of 45kph, faster than the world’s fastest sprinter.

Other highlights were the Armed Offenders Squad with their mobile base consisting of drones and observation equipment used extensively at the Waikeria Prison riots in December 2020.

Neighbourhood Support and the Volunteer Community Patrol were also on hand as was a police car. Many children took the opportunity to try on police hats and other equipment.

Inside another highlight was the whānau room, a key feature of the hub, which provides a collaborative space for engaging and working with community partners to better support youth issues, family harm, mental health and our own staff to respond to the diverse needs of the community.

“This is a welcoming space that everyone can feel safe coming to and we are absolutely committed to delivering the best possible policing service for our community,” said Loughrin. 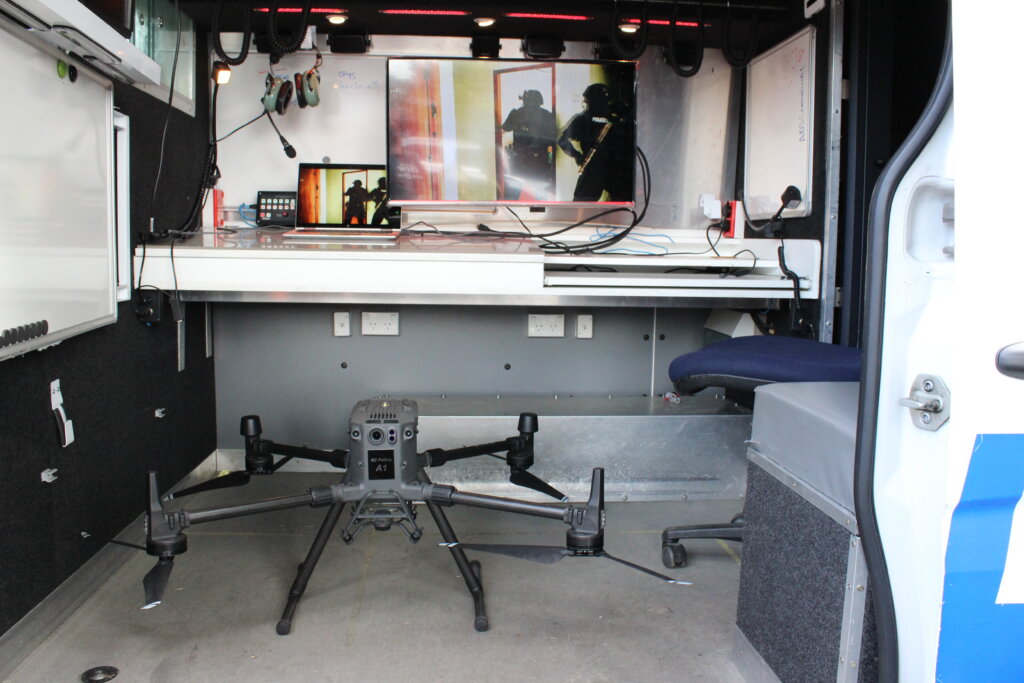 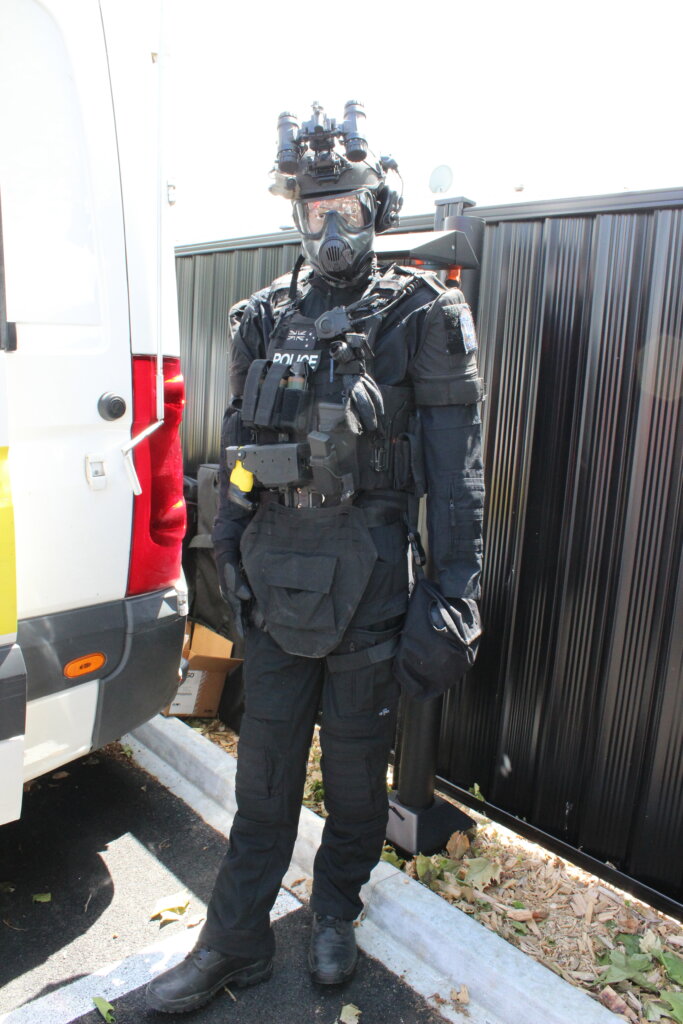 An example of the gear worn by a member of the Armed Offenders Squad while on duty. 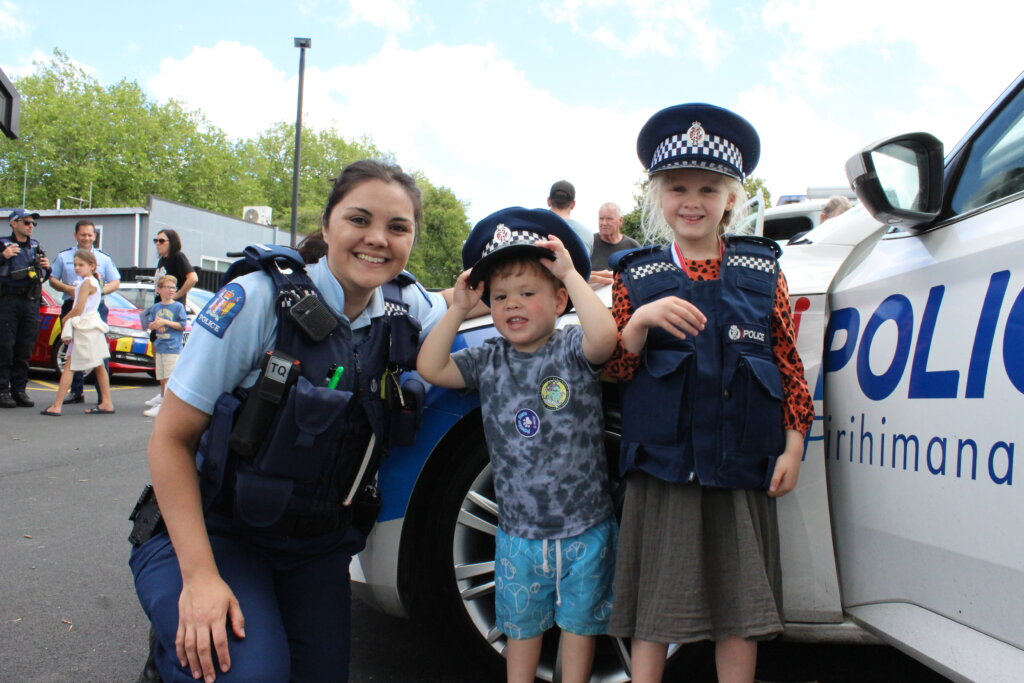