Drivers get it wrong 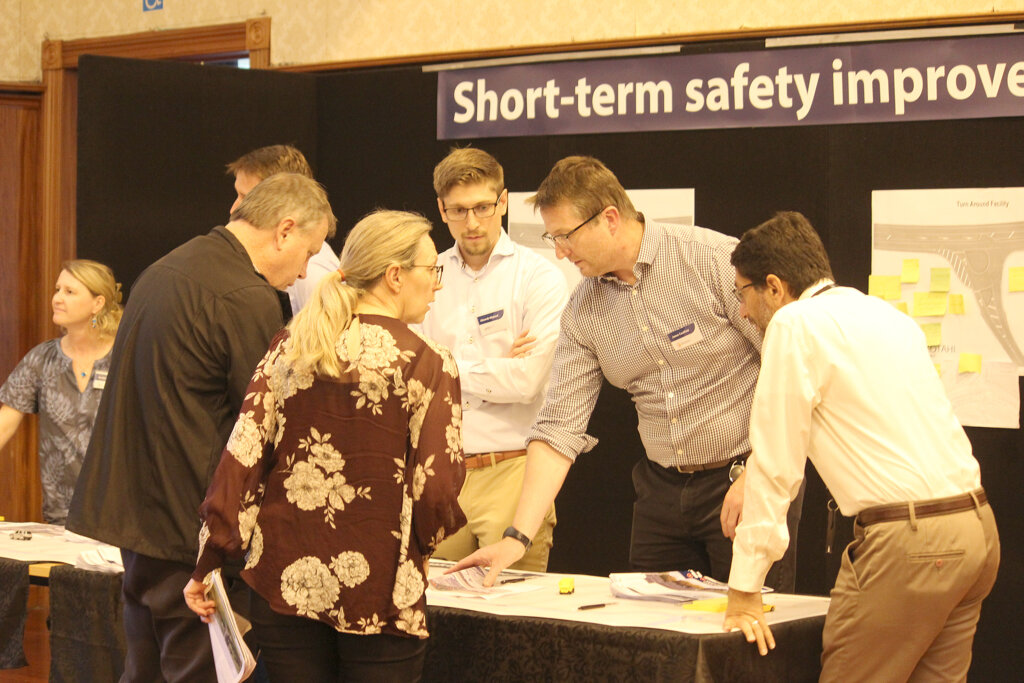 Driver behaviour and not highway conditions are the major factors in death and serious injuries from crashes on SH1 between Cambridge and Piarere.

The News can reveal it is drivers who get behind the wheel when they are unfit to drive and others who make bad decisions who are primarily responsible for what is happening on the 16km two lane strip of tarmac dubbed a “killer road” by politicians and community leaders.

Just over a quarter of the fatal and serious crashes in the past five years have been attributed to alcohol and or drug use – less than three have been blamed on the road.

The statistics suggest Waka Kotahi made the right decision to reduce speeds now and install short-term safety measures, such as median strips.

Our investigations show Karāpiro School hit the nail on the head with its 1000-plus word letter to the New Zealand Transport Agency urging for the speed limit to be lowered to 80km/hr.

Ironically, less than 24 hours after Waka Kotahi staff copped abuse and anger at its Community Engagement Day in the Cambridge Town Hall last week, a red station wagon travelling north on SH1 at Karāpiro left the road and crashed into a tree between Fergusson Gully and Kentucky roads.

Police appealed for witnesses to report anything about the incident or driving manner leading up to the crash.

There have been seven fatal crashes and nine deaths on the road since 2017 – three fatalities this year from two crashes. The data shows there were a further 20 crashes resulting in 32 serious injuries in the five years up to Monday this week.

Causes of fatal crashes might not be known for months due to delays in the Coroner’s Court. 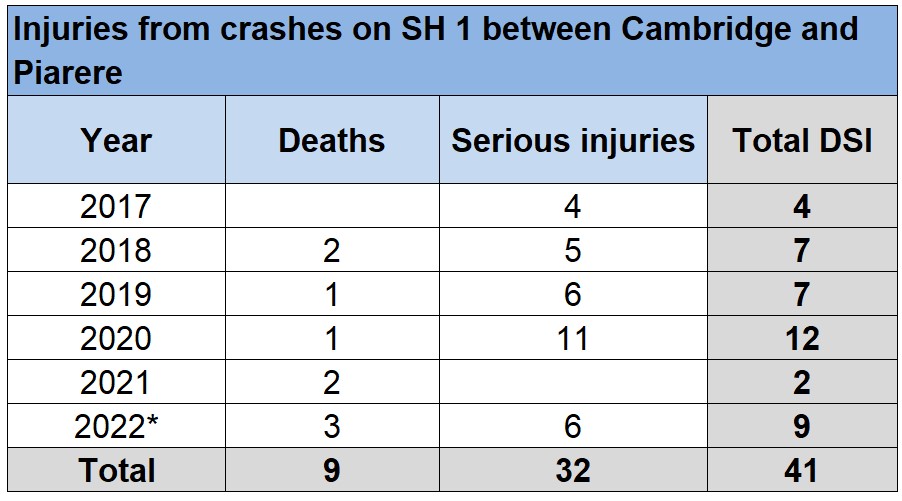 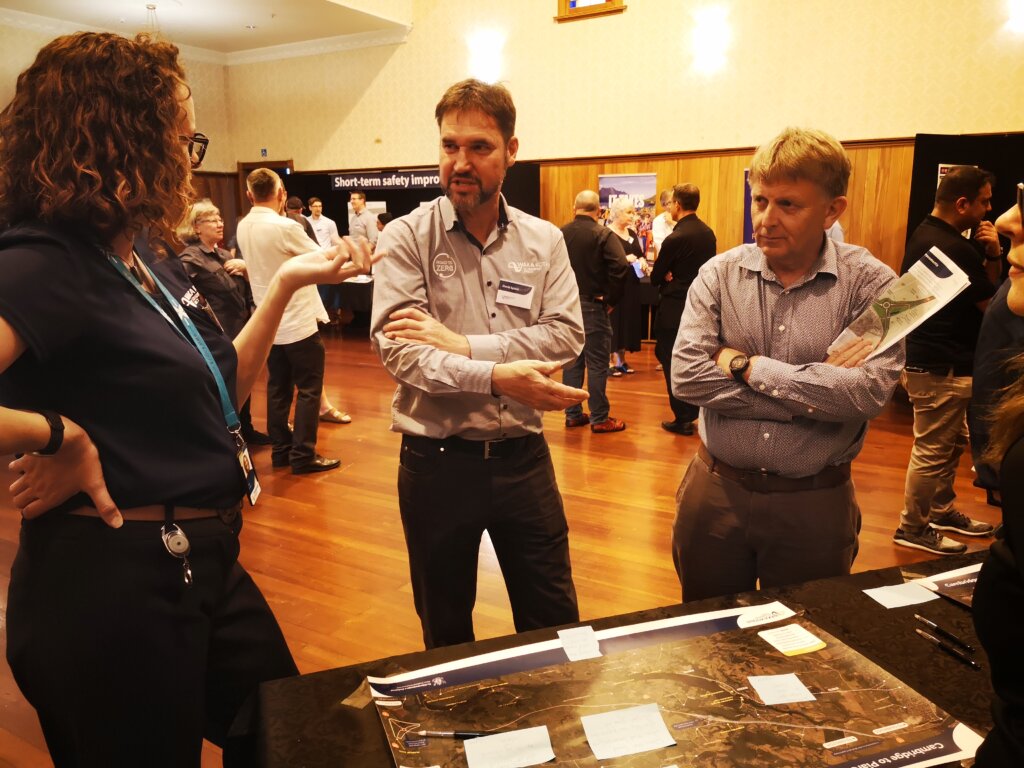 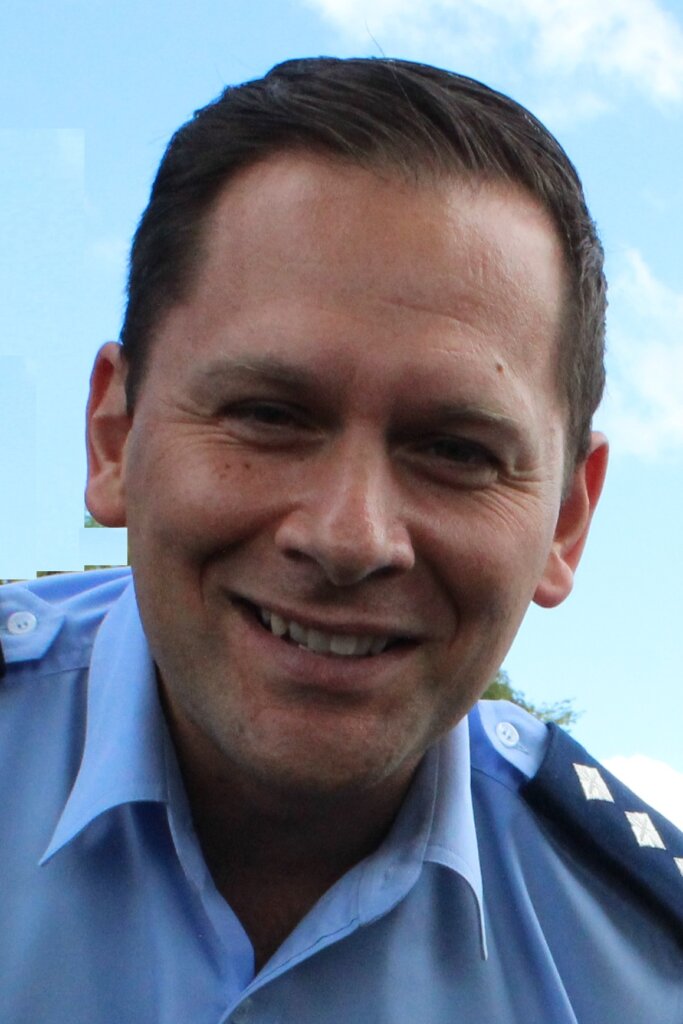 The SH1 crashes have been 100m east of the Tirau Road on-ramp near Cambridge to 100m west of the SH29 off slip lane at Piarere.

“We need safer roads, appropriate speeds, sober and focused drivers in safer vehicles, and a transport network that accepts that people make mistakes, and the road system will protect us when something goes wrong,” said Speirs.

The Cambridge to Piarere stretch was considered high risk and police presence there reflected that. While not apportioning all issues to driver behaviour, he said speed, not being restrained, fatigue and intoxication were among the elements which contributed to road deaths. 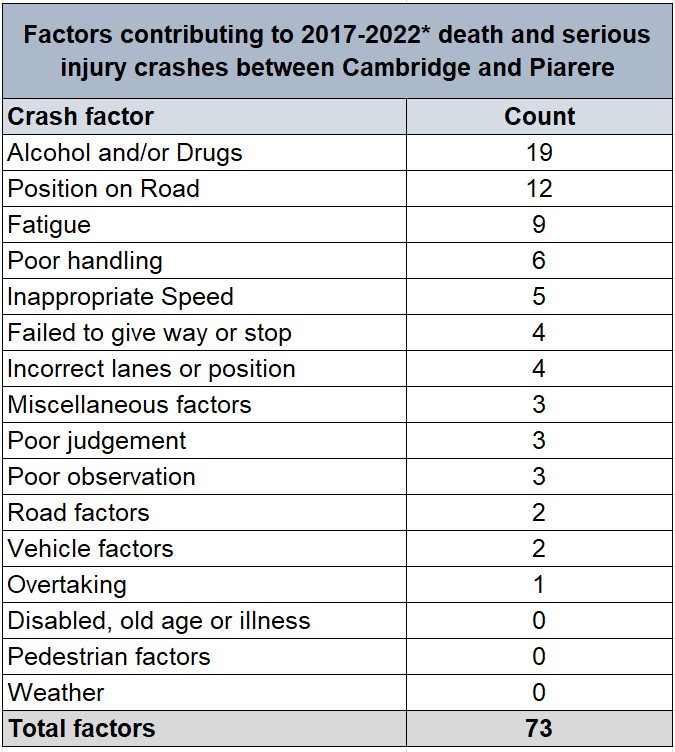 * 2022 data is up to 22 November 2022.
Factors are counted once against a crash – i.e. two fatigued drivers count as one fatigue crash factor.
Count is the number of crashes where that factor was a contributing factor to the crash. The Total is the sum of all the factors contributing to crashes.
Because a crash may have multiple factors there will be more total factors than crashes resulting in factors totalling more than 100% of all crashes 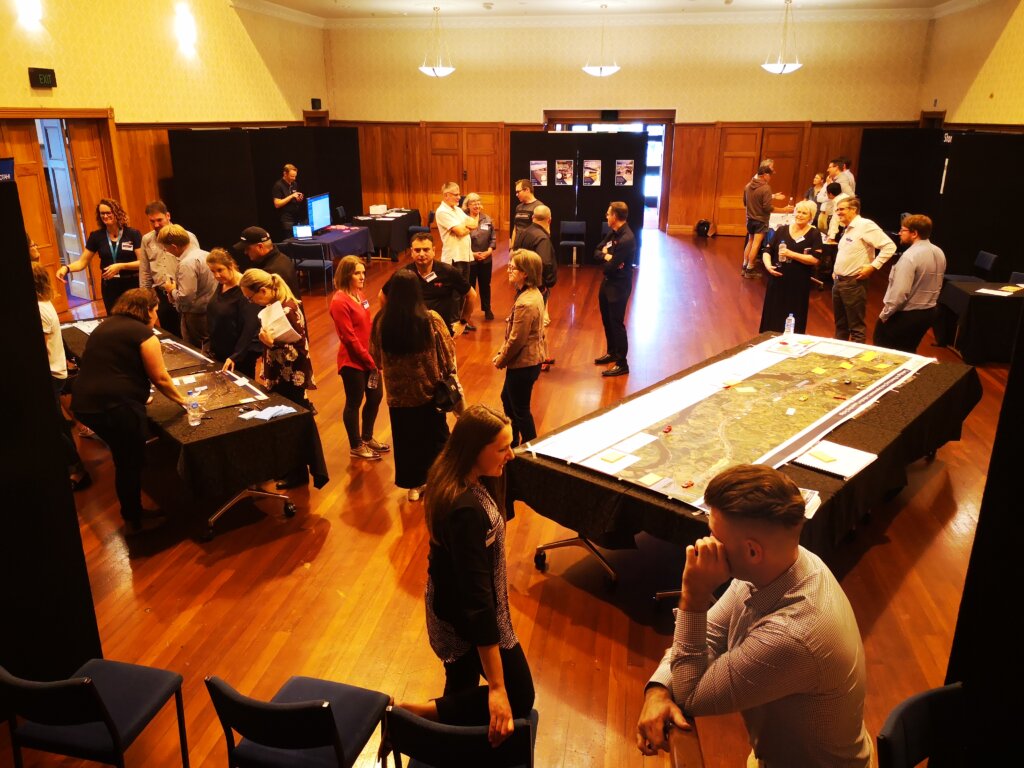 A steady stream of people visited the Waka Kotahi Engagement Day in the Cambridge Town Hall.