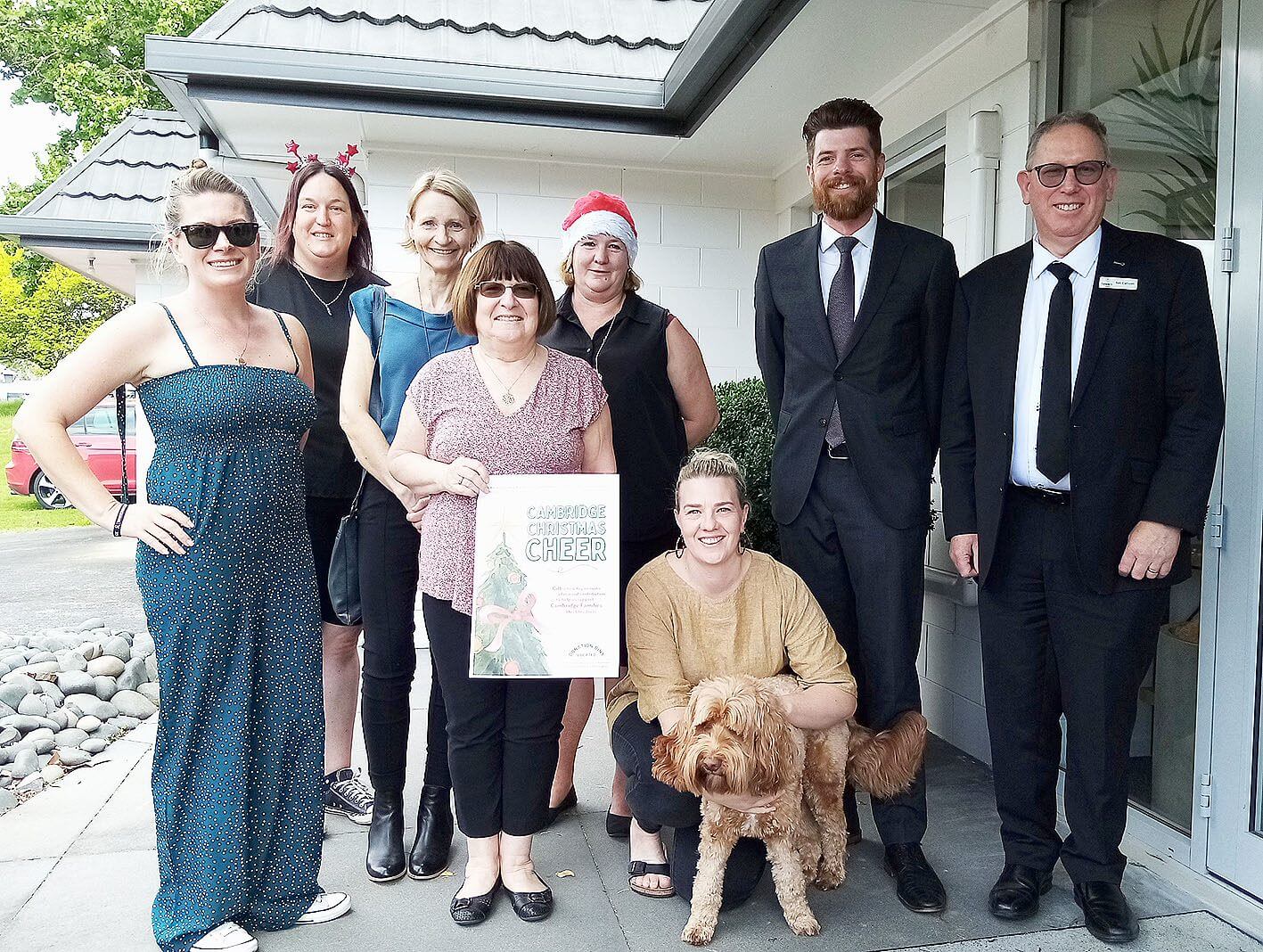 A windfall donation has given a boost to this year’s Christmas Cheer initiative.

After hearing Cambridge Community House’s Amy Watkins talk at a recent Rotary Cambridge gathering, club member and Legacy Funerals’ Cambridge funeral director Jono Gibson was moved to do something for the cause.

“Amy said they were trying to raise enough funds before Christmas to meet a Christmas Cheer shortfall of $4500,” he said. “I thought we could help. It was a good opportunity for Legacy to do something for the community.”

The swift payment of the shortfall was gratefully received by the team behind the initiative.

“They donated the full amount to the Christmas Cheer fund,” said Amy. “It will be used to buy grocery vouchers for families.  We are very grateful.”

The Christmas Cheer programme falls under the auspices of the Cambridge Committee of Social Services (CCOSS), a group made up of social agencies, churches and community groups that each year gifts supermarket vouchers, Christmas food and toys to nominated families in need.

Collection bins for unwrapped toys are at various spots around town, and wider community efforts included the recent participation by Te Miro School students who donated $400 to Christmas Cheer.

Last year, the initiative helped 120 families in need.  This year, the number is expected to be significantly higher due to the long-term effects of the pandemic and the increased cost of living.