All hail the Black Ferns 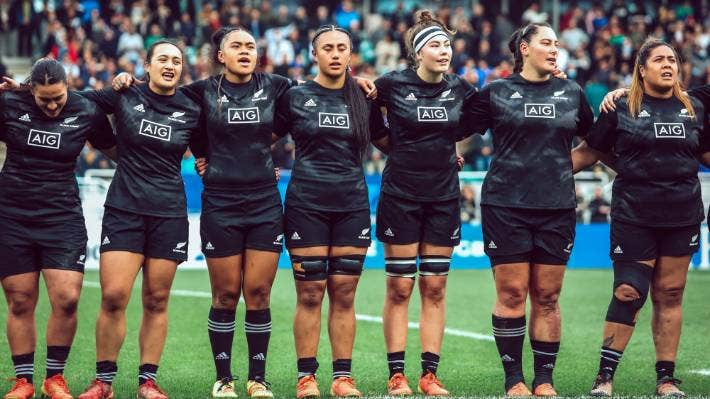 The Oxford dictionary defines ‘sport’ as – an activity involving physical exertion and skills in which an individual or a team competes against another or others for entertainment.

Several key words leap out from that heavy book the key ones (for me) being those suggesting skill and entertainment. Who is displaying the skill and who is being entertained – the player(s) or those observing the competition?

The event that started me on this sporting ramble was the magnificent spectacle on Saturday where 23 fit and determined young women combined as 15 to overcome the grit and pride of a well-drilled team who had no less than 30 international wins in a row under their belts.

The build-up to the Eden Park spectacular was a display that indicated to the often-stodgy men’s game that flair, personality and self-belief do have a place in rugby. That almost 43,000 screaming poi-waving mainly young people crammed into a stadium that many would like to demolish was a message. The English perfectly straight line of scowling, arms-crossed English maidens almost contemptuously waited for the pre-match haka to run its course said it all. They had that superior look that said ‘we are here for just 80 minutes to put the 31st first notch on our sporting gun’.

And most Kiwis possibly thought that would be the result. The TAB clearly thought so and no doubt, deep in his well-experienced mind, coach Wayne Smith, given the chance, possibly expected that outcome. That the result brought to the nation a very satisfying sigh of relief was portrayed in an unusual way – the stadium remained packed with smiling people in awe of what had just been accomplished.

Having served my time many years ago supporting daughters on the hockey field playing for a school where the only other real team option was netball, this was the zenith of achievement for young women. All those years ago any other group sport was either shunned, frowned upon or just was not going to happen. Now that same school’s excellent glossy annual report displays sports and other group activities that show that young women have turned the corner and displaying determination to succeed where, hitherto, only the males were given the honours.

For me the real winners on Saturday evening are the cohort of seven years old girls still at primary school who were handed a bucket-load of hope, where flair and personality (lacking in the men’s game) came to the surface.

Sponsors will have to take a fresh look at this awakening movement. We now have a vibrant entertaining group capable and willing to carry the country’s brands to far-off corners of the world. As our exporters leap on the now reawakening aircraft that depart our shores, they could be well served to take with them the thought that they can display a pride that a group of young women have put before them.

To any young lady yet to ascend to a secondary school level the spoils are there and will remain there for you provided  women’s rugby is allowed to flourish, grow and embrace hopes and dreams.