Will the real Slim Shady stand up? 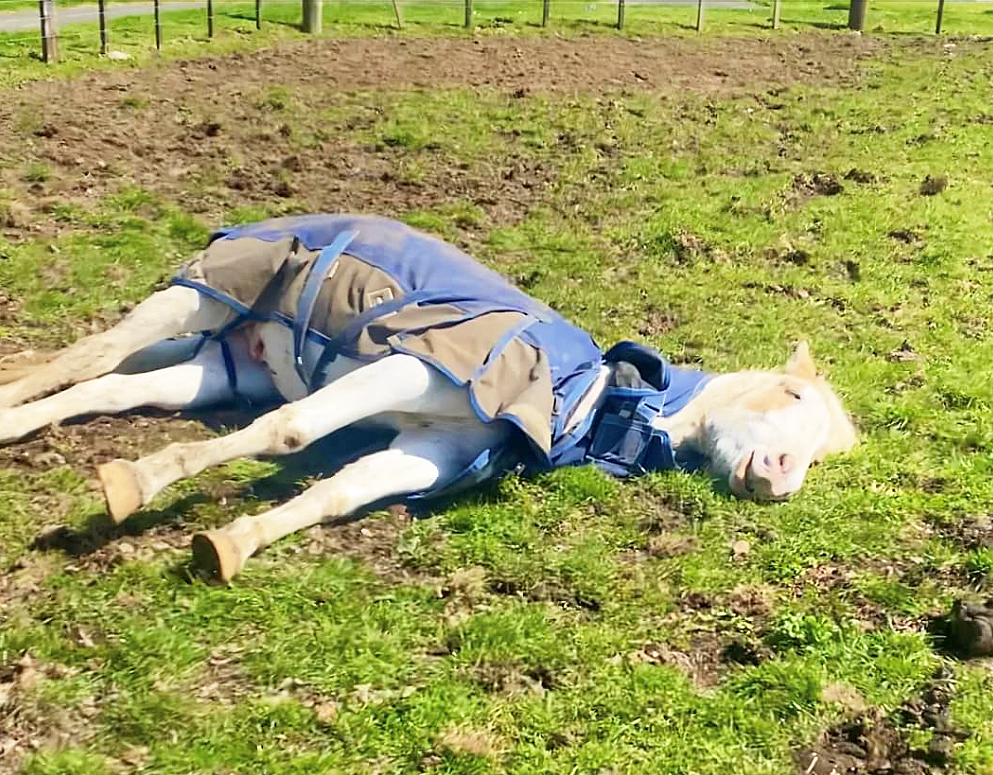 Maija Vance is used to the calls she gets from the council asking about the dead horse on her Leamington property. She gets these calls when people ring the council about her horse, Slim Shady, who sleeps with his legs straight out and stiff.

Maija assures the council, who are also used to the calls, that while the horse looks dead, he is in stable condition. It’s not the biggest of her worries when it comes to the unruly horse.

When Maija heard Panda had a baby brother, she wanted the pair.

“Panda was so easy, I thought I’d buy his brother and he’d be the easiest foal, but he’s turned out to be the hardest horse I’ve ever had in my whole life.”

The 737,000 people that follow Maija on Tiktok would agree – videos of Slim Shady and Panda reach up to 36 million views. The brothers are often seen on the app expressing their political views, desire to eat children, and general antics.

Slim Shady is part of what Maija estimates to be around 0.5% of horses that can’t be broken in, having been through several breakers before coming to Maija.

“There are so many people invested in his journey to get broken in, because he’s been through three different breakers now and no one’s been able to break him in.”

“I don’t know if he’ll ever get to the point where you could ride him, but I honestly just love him so much. He’s just so cool and so funny.”.

But Maija isn’t one to shy away from a challenge. In a race in Rotorua in 2018, her horse launched too early on a jump, throwing Maija over the reins and onto the track, where she landed on her head and shoulders.

She was told by doctors she may never walk – or ride – again. For Maija, this simply wasn’t an option. Three months in a spinal rehabilitation unit, a four-hour spinal operation and countless hours of rehab and recovery later, Maija is back in the saddle, with Panda.

She may never ride Slim Shady, but his friendly and eccentric nature mean she’ll never let him go.