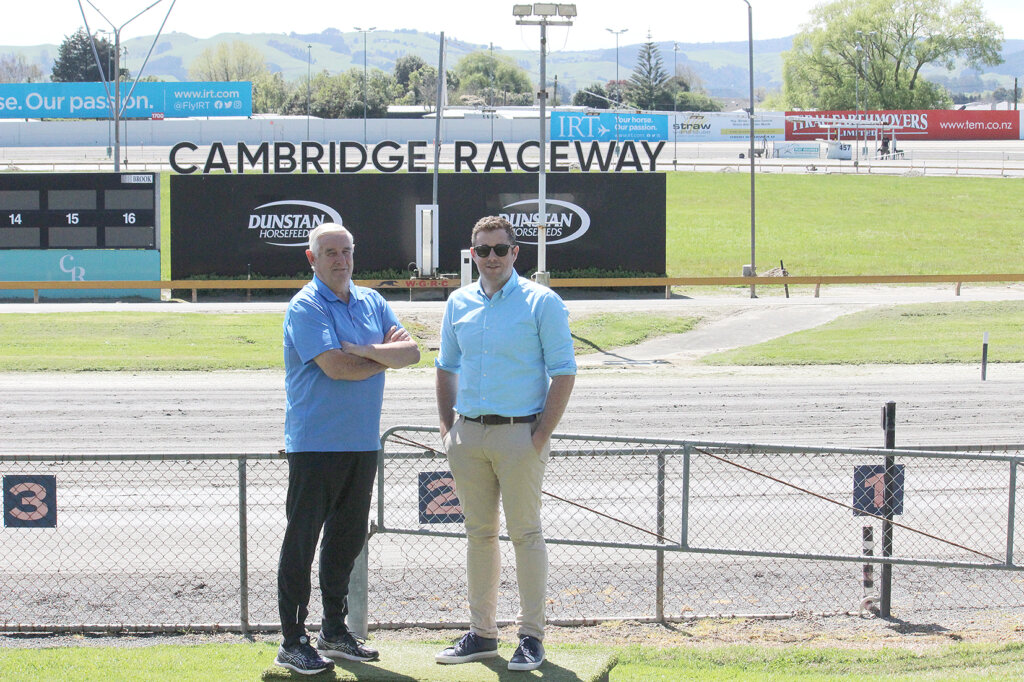 The century-old Cambridge Raceway is to undergo a significant multi-million dollar facelift.

Details were revealed exclusively to The News today by chair Graham Bowen and chief executive Dave Branch and come a fortnight after Waipā District Council announced its plans for a 27ha super sports hub in the town’s northern town belt.

The Raceway stand, built for $750,000 and opened in July 1976, will get a new roof to go over the existing rotting scallop roof and the interior upgraded to include rentable event and shared office spaces plus a gymnasium.

Construction will soon start on a new multi-purposed enclosed stable complex for race night horses and the 140 horses that train on the site. Two new social membership options will launch on Melbourne Cup Day next month. Plans for a residential subdivision are also in the mix.

So well was the stand built that it comfortably passes today’s modern earthquake standards, said Bowen

“We’ve been working on this for some time. We did the strategy work and then the master plan in 2020,” said Branch. 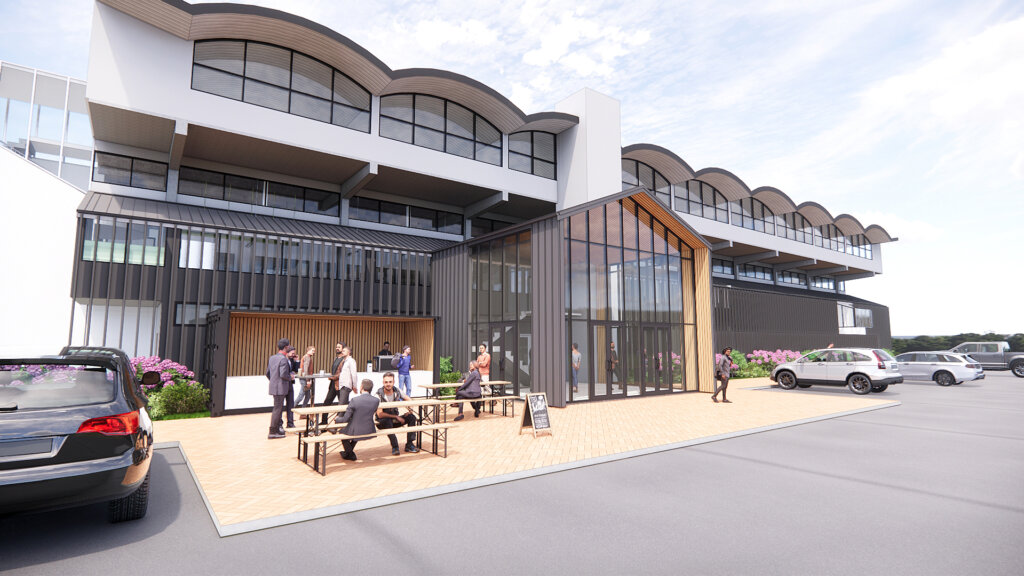 Artist’s impression: A view of how The Raceway will look post developments with rentable shared office space on the top floor.

“There’s been plenty of racing clubs who have gone the opposite of what we’re doing and got themselves in debt. So, this is pretty exciting,” said Bowen.

“We want to look after our racing community,” he said.

“We want to become a leading harness racing complex and also a first-choice events, business and community hub in the Waikato region.”

While Covid presented challenges for the club, race meetings could continue because it is the only main centre which has horses training on site.

Cambridge Raceway, while third in size behind Alexandra Park in Auckland and Addington in Christchurch, is the busiest racetrack in the country with 27 harness and 52 greyhound meetings a year.

It is the home of harness and greyhound racing in the Waikato and now incorporates the old Morrinsville, Bay of Plenty, Te Awamutu and Hamilton harness racing clubs. 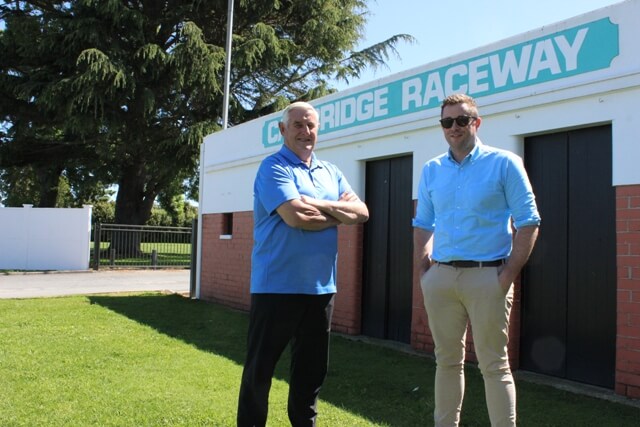 It was established as Cambridge Trotting Club in October 1919.

The first meeting was held in January 1921, at what was then the Waikato Central A & P Association Showgrounds, with seven events and stakes of £600. Entry fees were two shillings and sixpence for motor cars and one shilling for horse drawn vehicles. The first totaliser meeting was held in 1925.

During the Depression in the 1930s, the club held six meetings in an 18-month period when other clubs abandoned their race permits.

The track was taken over under the Military Harvesting policy in 1939 and was used for the next seven years as a military camp with close to 1000 officers and men accommodated.

In 1962, the new five-furlong (1000m) track was used for the first time and the following year the domain land became freehold and champion pacer Cardigan Bay equalled the New Zealand mile record.

Racing went under lights for the first time in January 1965 with a record 9000 people in attendance.

Alf Walsh’s mobile gate innovation made its debut later that year and 10 years later, patrons farewelled the legendary pacer Young Quinn, usually driven by Cambridge driver Charlie Hunter, before the horse headed off to the USA where it competed successfully.

Greyhounds made their debut in August 1987 and in 1999, champion pacer Christian Cullen scored back-to-back wins in the Flying Mile and Cambridge Supporters Classic.

Five years ago, the club was rebranded Cambridge Raceway and the following year a new winning post erected.

The Raceway celebrated its centenary with a 1920s themed event in January 2019.

1939- Cambridge Raceway used as a military camp at the outbreak of World War II, no racing activities took place at this time. Close to 1000 officers and men were accommodated. It was used seasonally under the military harvesting policy and not returned to the Trotting Club till 1946. 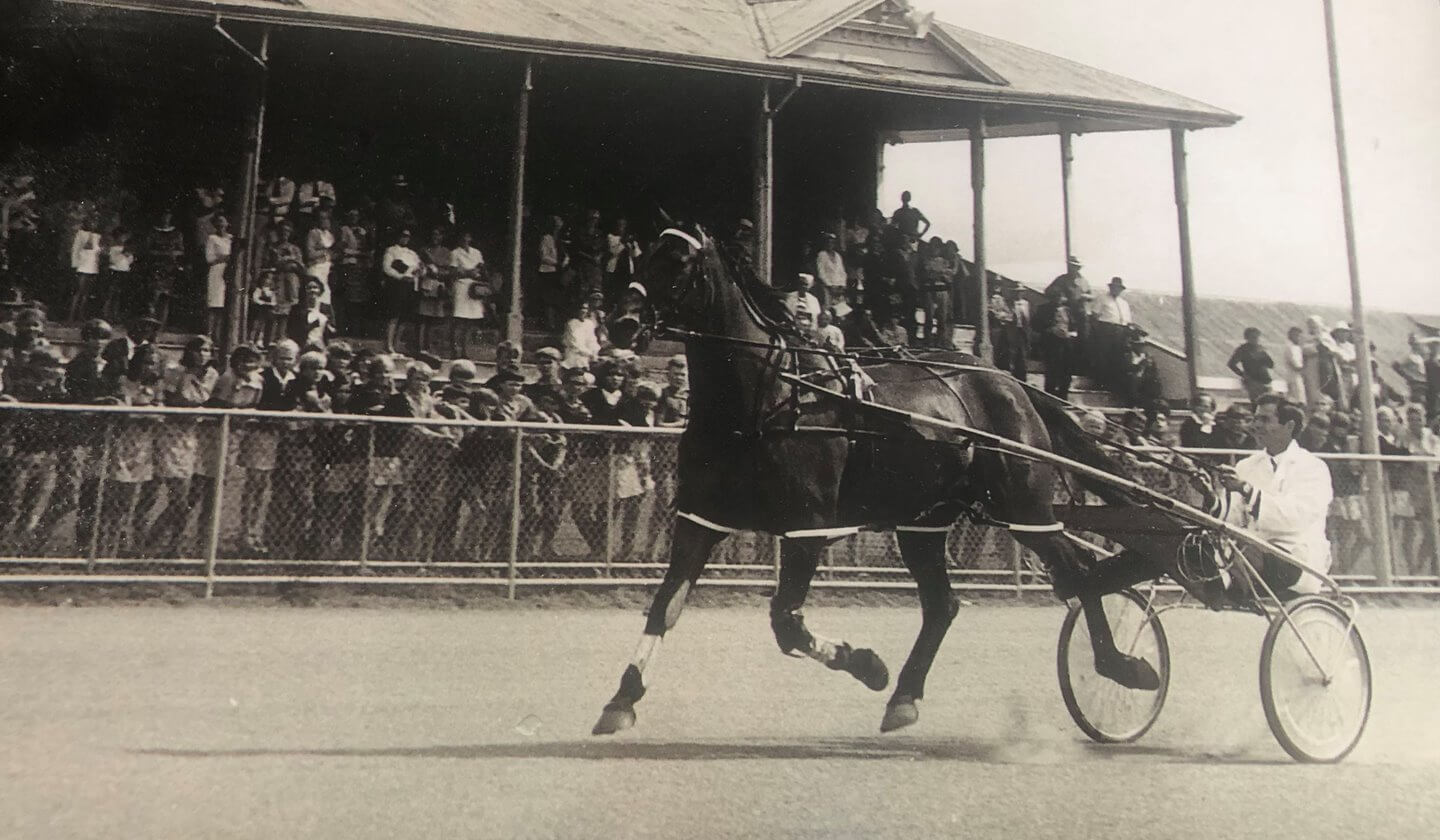 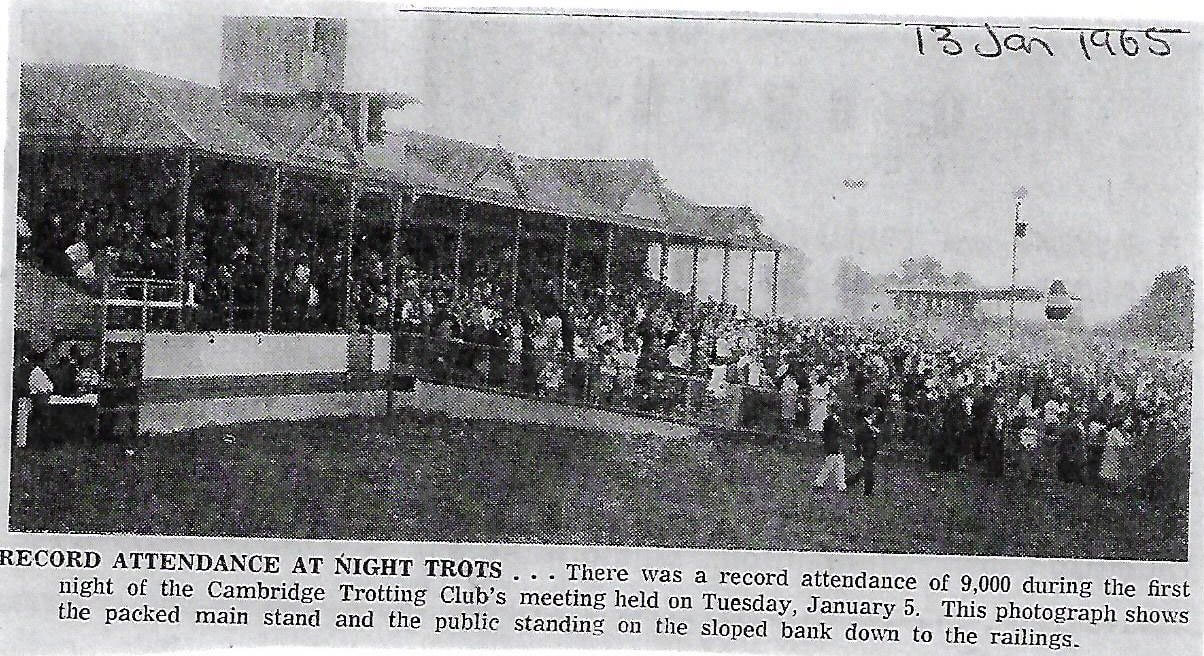 A record attendance of 9000 on Tuesday 5 January.

December 1965- The Cambridge Trotting Club completed and used for the first time their own mobile barrier designed by Alf Walsh. 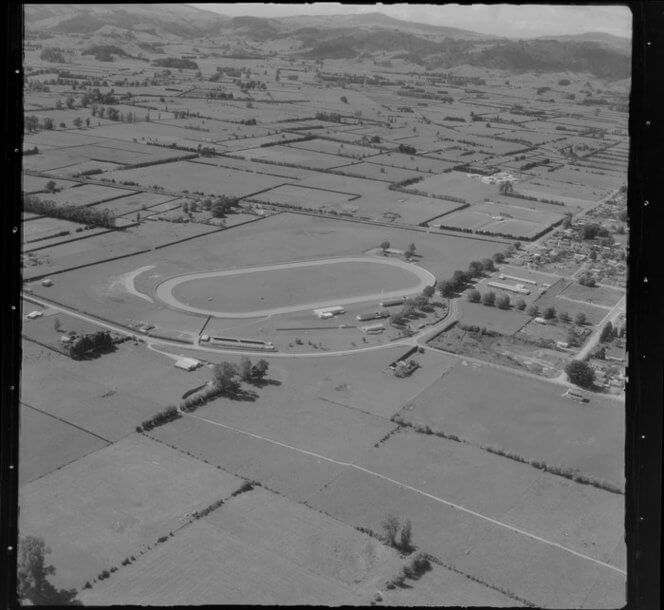 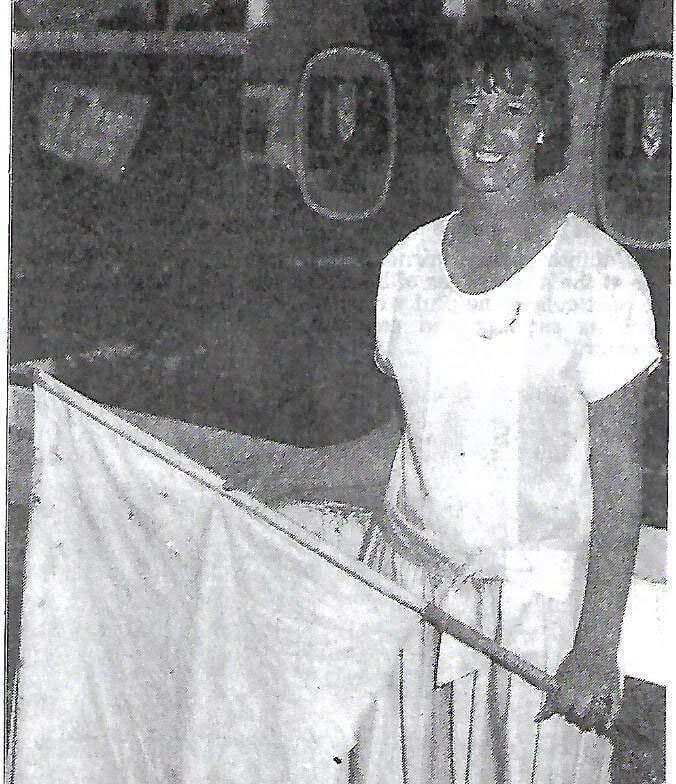 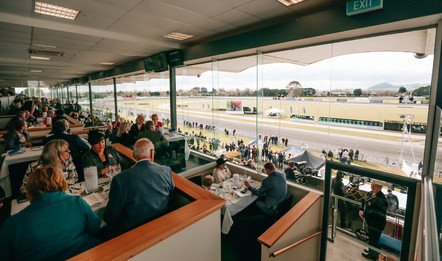 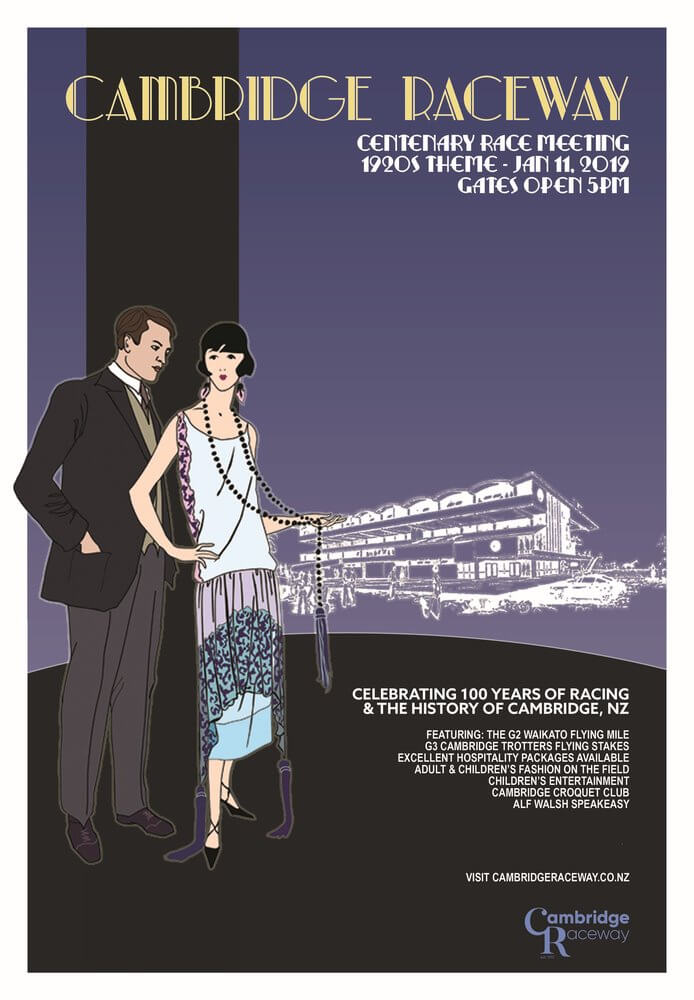