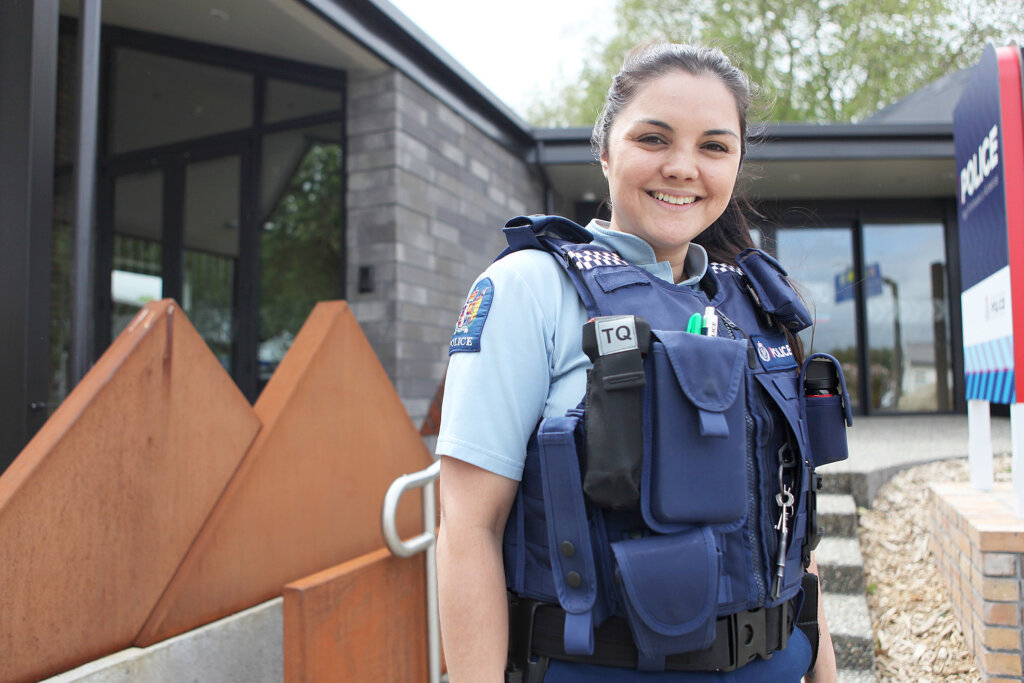 “I was brought up by a solo mum and she was a great role model,” Constable Danica Hibdige said.

After working in a city station, she is looking forward to being in a smaller centre.

“Working in a smaller community was attractive; I haven’t had that before,” she said. “I love the idea of community policing – getting to know the locals and all working together.”

Danica found her calling as a police officer about seven years ago while working in the fashion industry for an Auckland-based retail company.

“While I was in that role I was doing volunteer work for an Auckland safety patrol organisation – mainly high visibility at major events like the Cricket World Cup and the Chinese Lantern Festival,” she said. “I enjoyed it because you work alongside police.”

That prompted her to trade in her high heels for steel-capped boots and join the force.

After graduating she moved to the Waikato, where she spent her first three years in Hamilton Police’s public safety team responding to 111 emergency calls.

After that she became a youth aid officer, a role she held in Hamilton for another two years. This involved working with youth offenders and their families to understand why offending occurred and put supports in place to try and stop it happening again.

“Every youth is different – they all come from different backgrounds and have their own story – so every intervention is different,” Danica said.

“Sometimes we find them a job, or they get back into education, or we connect them with a positive role model they can look up to. It’s about building more of a routine for them and getting those supports wrapped all around them.

“It’s definitely rewarding when they get to the end of their plans and have a different mindset.”

In her spare time Danica loves growing fruit and vegetables in her garden.

“I think Cambridge is a really lovely town and I’m looking forward to getting to know people here,” she said.