Basketball player Will Guerin (front) heads for the hoop, supported by Heath Rogerson. Grace Remington flicks off a pass in ultimate Frisbee. 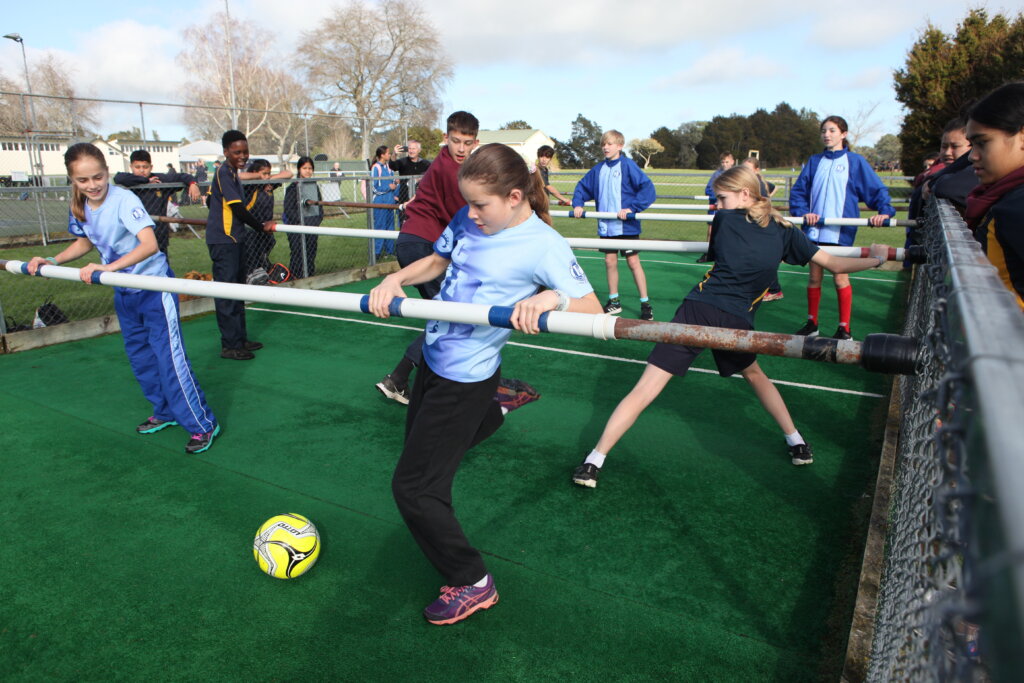 “This was definitely a very, very good camp for us with the amount of wins and runners-up and even just the amount of semi-finals we made,” teacher Danielle Fuller said.

“I think the students were all amazing. They represented our school incredibly well, both on and off the field, and they should be really proud.”

Danielle said coming second in the cheer competition was her personal highlight.

“The last two camps I’ve organised have had the same cheer but have either been cancelled because of Covid or because we had to go home early, so it was quite nice to actually be able to do it – and to come away with second place was awesome,” she said.

“Another highlight was just actually seeing all these students who didn’t necessarily know each other that well going into camp, how they came together as a team, their sportsmanship and the team spirit we had throughout the week. One of our parents helpers bruised her hand from all the clapping and cheering!”