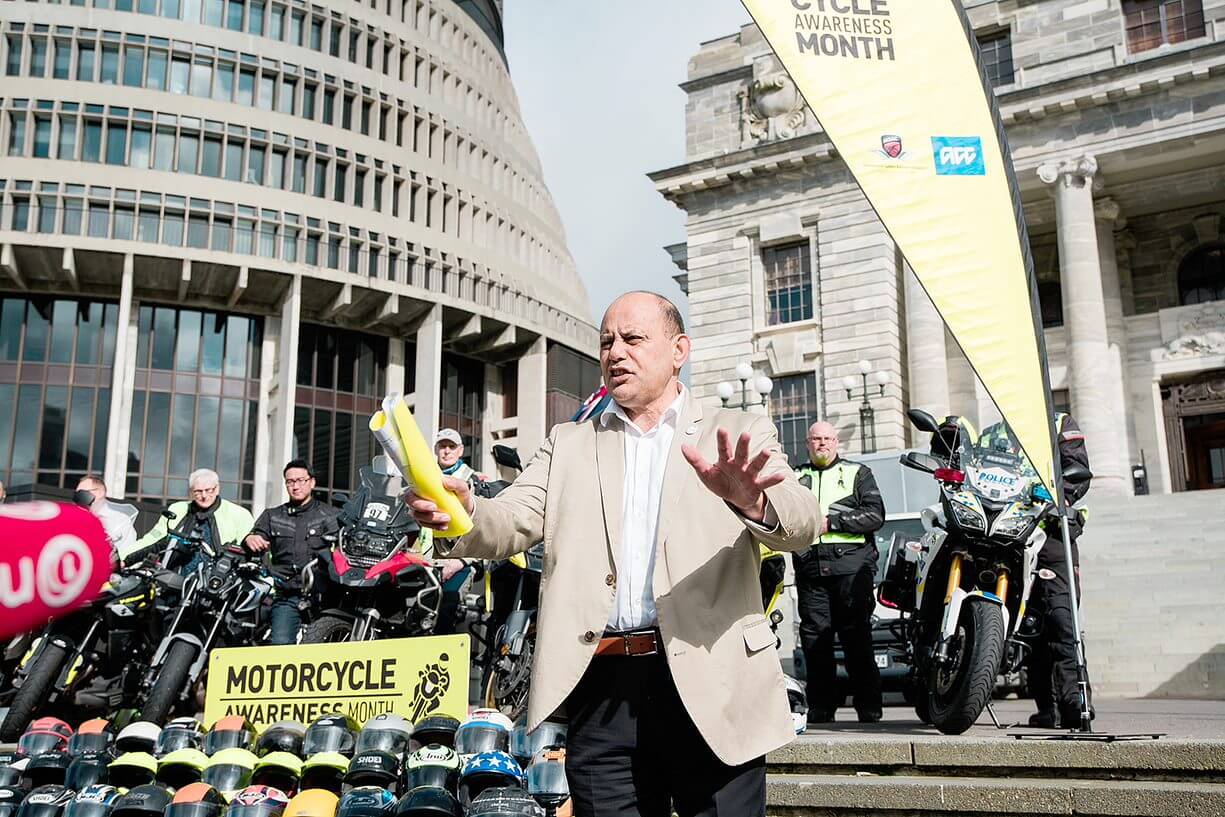 Rural highways are being upgraded as part of a programme targeting high-risk routes for motorcyclists.

The $6.3 million safety improvements on sections of 25 rural roads are part of a joint venture between ACC and Waka Kotahi called the Road and Roadsides programme.

Research also shows the likelihood of death or serious injury for motorcyclists is 21 times higher than a car driver travelling over the same distance.

ACC figures show that over the past 10 years, an average of almost 7200 people lodged motorcycle-related injury claims. In 2021, ACC was supporting more than 7500 people who had suffered a road-related motorbike injury, at a total cost of more than $111 million.

“ACC is committed to reducing the number and severity of motorcycle injuries that occur on New Zealand roads and this is one way we’re investing in motorcycle safety,” Keilty says.

Routes in the greater Waikato region in line for upgrades include Hamilton to Tirau via Cambridge (State Highways 1 and 1C), Mangakino to Kihikihi, the SH39 Hamilton Bypass and, further south, Hangatiki to Urenui via Piopio.

Numerous sections of these routes will receive safety upgrades.

The programme is due to be completed by 2024 and is designed to reduce the number of fatal motorcycle crashes, and the injury severity for motorcyclists should a crash occur.

The upgrades for each road are recommended by Waka Kotahi and approved by ACC. Funding comes from the Motorcycle Safety Levy (MSL), which riders contribute to through their motorcycle registration fee.
ACC data shows motorcycle-related claims generally increase in September, which is why it is Motorcycle Awareness Month – an initiative run by ACC and the Motorcycle Safety Awareness Council (MSAC) to celebrate the start of the “riding season” and encourage riders to get “ride-ready”.

The initiative encourages riders to pay more attention, especially at intersections, as more bikes take to the road.
Associate Minister for ACC Willie Jackson launched Motorcycle Awareness Month on September 1, with a display of helmets to mark the 50 riders and pillions killed on New Zealand’s roads every year.

“Figures show more than 50 per cent of motorcyclists deregister and put their bikes away over the winter months,” Keilty says. “September is when most riders get their bikes out of the garage after storing them during winter.”
Keilty says riders should make sure their personal protective gear is still in good condition before getting back on their bikes.

As of June 30, ACC had accepted 4095 claims for motorcycle-related injuries in 2022.
ACC is one of the partners in the Government’s Road to Zero campaign, which sets a target of reducing annual road-related deaths and serious injuries by 40 per cent by 2030.

It also runs the Ride Forever coaching programme for motorcyclists.

Data shows riders who have completed a Ride Forever coaching course are up to 50 per cent less likely to lodge a motorcycle-related accident claim than non-trained riders.

More information about Ride Forever can be found https://www.rideforever.co.nz/ .