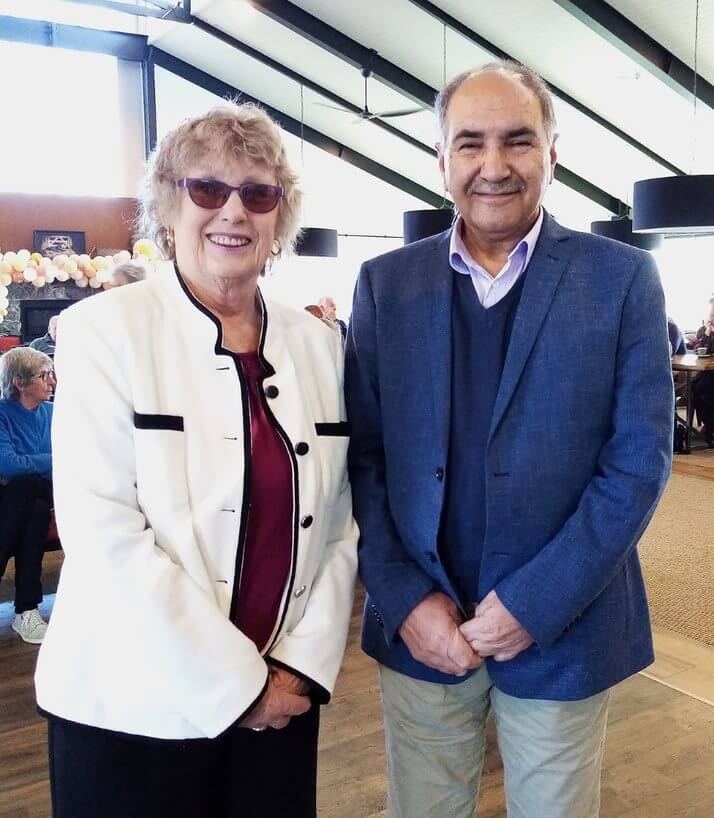 Driven by fear to seek asylum, refugees trying to assimilate anywhere outside their home country, including in New Zealand, are beset with struggles specific to their situation.

Many feel disempowered and confused, overwhelmed by a loss of dignity, experience difficulties with authority, and have a sense of ‘survivor guilt’ borne out of safety fears for family left behind.

One man who experienced all those emotions is former Afghani doctor, Arif Saeid – the president of the Refugee Council of New Zealand and  working with the Ministry of Social Development (MSD) as a senior refugee and migrant advisor.

He said refugees should be viewed as contributors, people who, given the right support at the onset, most often go on to become valuable, productive members of society.  They need help learning English, orientation in the Kiwi culture and the workings of daily life, psychological care, and need to be treated with understanding and empathy over the massive upheaval in their lives.

Dr Saeid and his wife Fahima are both medical doctors, who between 1994 and 1999 worked in Afghanistan for Médecins Sans Frontières (MSF), or Doctors without Borders.  After their home was bombed and most of their possessions destroyed, Dr Saeid came to New Zealand in January 2000 to establish a safer life for his family.  His wife Fahima followed a year later with their three children; a fourth child was born here.  All four have attained success of their own in New Zealand, qualifying in the fields of medicine, law, architecture and engineering.

He told the meeting his work with MSF exposed him to areas in Afghanistan where there had been no medical doctors for 20 years during the war. Only pharmacists were available, and many of the most serious issues were among women and children because of the lack of gynaecological care available.

“It was common there for men to go into the pharmacy when their wives were in labour and ask for an injection to speed up the birth.  Many women died because they could not get the proper care.”

Dr Saeid was unable to practice as a doctor on his arrival in New Zealand, so he started working with refugee communities.  He too experienced ‘survivor guilt’ before his wife arrived.  “I was consumed with thoughts about something happening to my family… I could never have forgiven myself because I would have escaped, but not them.”

Both he and Fahima – who spoke briefly at the U3A gathering – said they experienced a loss of identity on arrival in New Zealand.  Both were respected as medical doctors in their home country but were unable to practice here.

Dr Fahima Saeid said she experienced ‘humiliation and disrespect from Work and Income staff’ who had little idea of the complexities facing refugees seeking employment.  She said that without the help of people like U3A member and long-time friend Diana Swarbrick, she would not have built the confidence she did to enable her to move forwards.

“I was considered quite a prestigious person in Afghanistan… I was running a hospital.  Being a doctor was so much of who I was.  I lost that when I came here.”

She has since added a Masters degree in counselling through the University of Auckland to her medical qualifications, and is a registered counsellor.  She is also the manager of the New Settlers Family and Community Trust (NFACT), a supportive network for former refugee and migrant families.