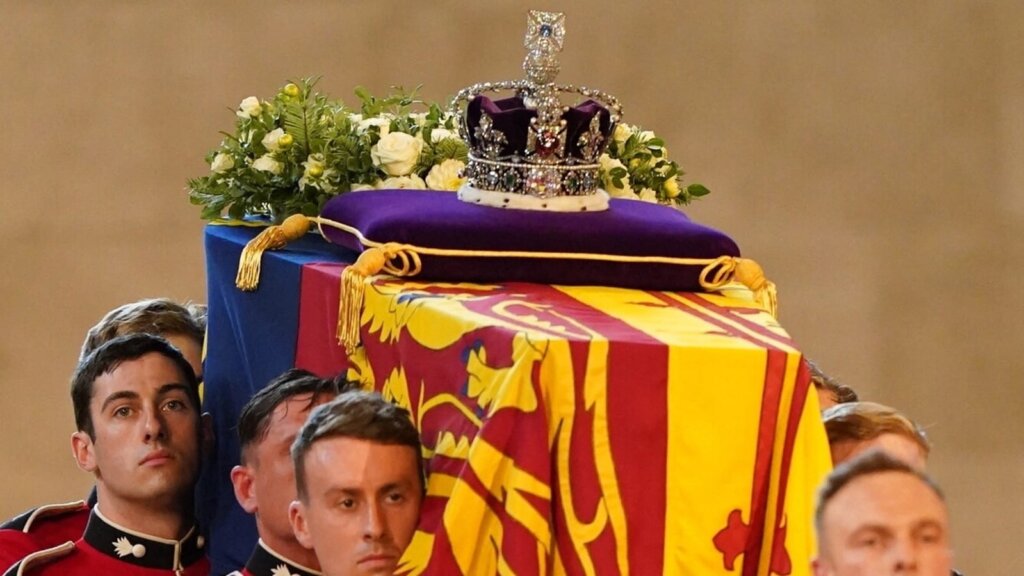 A caller to The News rang with a poem she wanted to share. Editor Roy Pilott explained we do not run poems, but she said asked if she could read it to him… explaining it had a twist at the end.

Roy said yes and listened to this:

Let no man labour as she goes by
On her last appearance to mortal eye;
With heads uncovered let all men wait
For the Queen to pass, in her regal state.

Army and Navy shall lead the way
For that wonderful coach of the Queen’s to-day.
Kings and Princes and Lords of the land
Shall ride behind her, a humble band;

And over the city and over the world
Shall the flags of all Nations be half-mast-furled,
For the silent lady of royal birth
Who is riding away from the Courts of earth,
Riding away from the world’s unrest
To a mystical goal, on a secret quest.
Though in royal splendour she drives through town
Her robes are simple, she wears no crown;
And yet she wears one; for, widowed no more,
She is crowned with the love that has gone before,
And crowned with the love she has left behind
In the hidden depths of each mourner’s mind.
Bow low your heads — lift your hearts on high —
The Queen in silence is driving by!

The poem was penned by Ella Wheeler Wilcox.

And the twist? It was for Queen Victoria, who died in January 1901.

It was, said Roy, the best call he took all day.