Stacey Ward has had the best excuse to drink Coca-Cola recently.

The cans it comes in are a key ingredient in a glamorous garment her daughter Piper will be showcasing at Cambridge Primary School’s Sustainable Fashion Show at the town hall next Thursday night.

Not that Stacey needed much encouragement to splash out on her favourite fizzy.

The year 6 student’s imagination lit up when she first heard about the fashion show last term and she started Googling ideas that afternoon.

“I was really excited to start doing it,” she said.  “We went online and mum thought we should do something with Coke cans because she loves Coke and then we made this idea.”

Piper was surprised by how flexible and soft the Coke cans were and how they refused to flatten out after their ends were removed.

She put them under a huge pile of heavy books but they kept springing back.  That’s when she came up with the idea of curved “mermaid scales”.

“Mum cut the top off and then I cut the little scales out of the rest of the can,” she said.

Piper couldn’t sew before she started so she dug out her grandmother’s old wooden sewing box and she and her mum attended two school workshops run by Anna Voss and Elliot de Nys-Farrell.

She’s spent many hours since cutting out mermaid scales and stitching them onto an old skirt by hand, and is now looking forward to showing off her kooky Coke creation and seeing other students’ outfits.

“My friend is doing a newspaper skirt and most of the boys are doing robots,” she said. 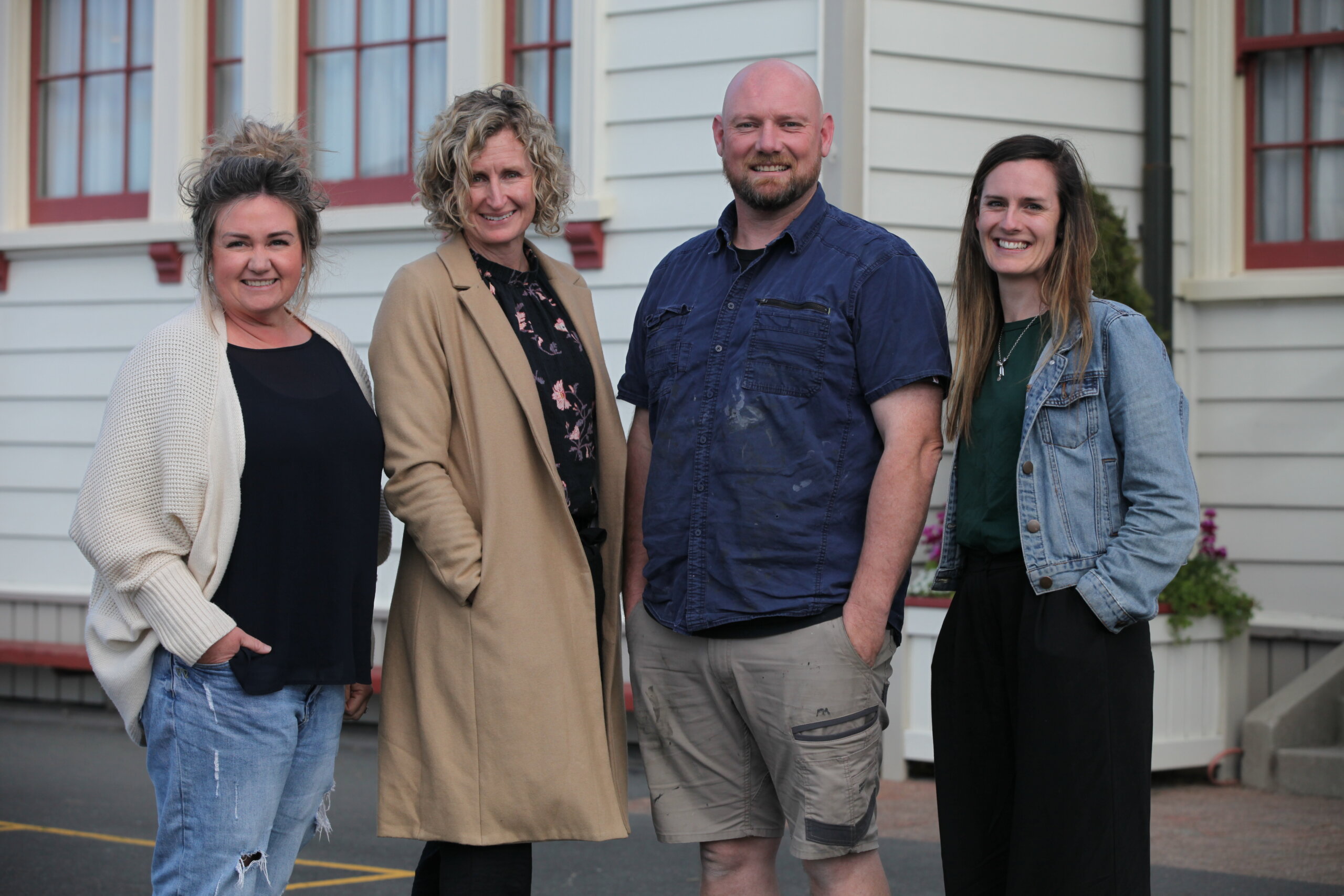 The Sustainable Fashion Show is open to all Cambridge Primary School students, who will have a chance to strut their stuff on the catwalk.

“Anyone and everyone” is welcome to attend the PTA fundraiser, which includes a talk by environmental consultant Nicola Turner of Mainstream Green.

Food and wine has been donated by Over the Moon Dairy, Volare, Mamasdonuts and Takapoto Estate and there will also be auctions and silent auctions.  Prizes include an e-scooter, a weekend’s use of a sustainable Range Rover, a Love Local voucher bundle worth more than $1000 and art donated by parents.

“The support from the community has been phenomenal,” fashion show committee member Mel Moore said.

The school is hoping the show will raise $10,000 for a new sustainable “garden to table” outdoor classroom.

“Children learn to grow vegetables in the school garden and then they take the vegetables they grow and learn to cook them in the kitchen,” deputy principal Nic Pettit said.

“Because the garden’s outside and the weather in the Waikato can be a little bit wet, we want a facility that the children can still use but be under cover.”

The Sustainable Fashion Show will kick off at the Cambridge Town Hall 0n Thursday 8 September at 6pm and is expected to run about three hours.