How should we remember them?

A $5 million concept plan for Te Awamutu’s Memorial Park was one of the most contentious parts of Waipā’s Long Term Plan consultations last year.

Front-line staff copped abuse while parks and gardens staff dreaded working in the park because of the public backlash. The hostility of comments on social media was astonishing. 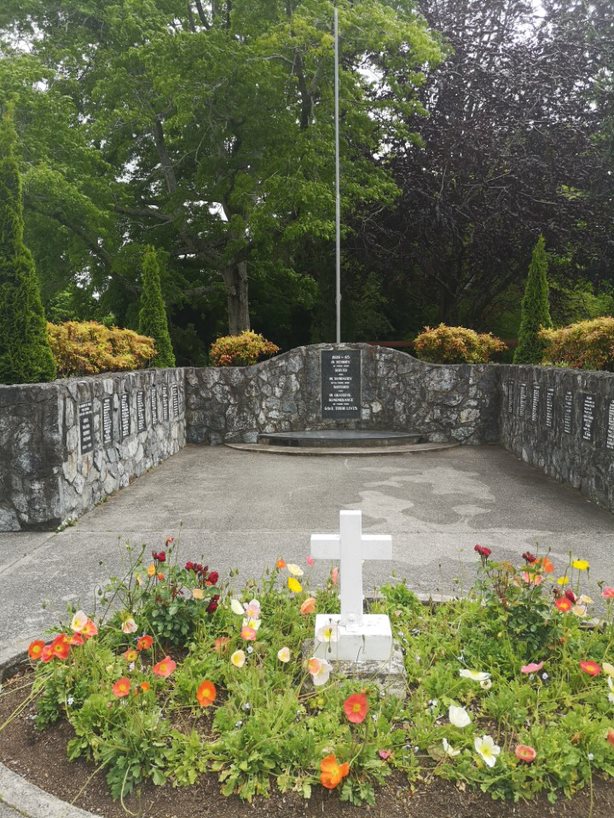 A year on there is still division in the community, so we asked Waipā candidates to tell us if they supported the council’s redevelopment plans for Memorial Park in Te Awamutu.

Here’s what they had to say – in alphabetical order.

I am in agreement with most of the redevelopment and as a local councillor and RSA life member would like to continue the dialogue with the Memorial Park committee, local iwi and the RSA with proposed future developments. This is a war memorial, council have been told this and council is charged only to maintain the memorial. No cultural objects here either.

During the Long Term Plan, council heard the concerns of literally hundreds of Te Awamutu residents. I hope that these residents feel that their concerns have been listened to and incorporated into the development plans.

Council’s plans are excellent and will bring new life into the park to enable future generations to enjoy.

The council is responsible for the upkeep and maintenance of this iconic park. It was established to remember those who had fallen in conflict so it should be maintained.

Collaboration between the community and council has resulted in a final concept plan that the majority of stakeholders seem to be happy with and includes the retention of war memorials, improving the waterways, natural features, and celebrating Te Awamutu’s mana whenua heritage.

I look forward to the redevelopment coming to fruition and revitalising this important community space.

No. I have been focussed on Cambridge issues.

Te Awamutu’s urban area development is outside my positions mandate.

This is a much-loved recreational space in Te Awamutu with a close association to its memorial status recognising New Zealand service men and women.  The extensive community consultation process has confirmed its importance and amended reserve management plan recognises and is sympathetic to these concerns.

Te Awamutu has always been known as the Rose Town. I feel rebranding and redevelopment is a waste of money. Upgrading the other playgrounds would be money better spent.

As it is not in my town of residence, I have not followed this.

The Concept Plan is a high level document and as such there is still more detailed work to be done to develop the implementation of the plan.  I am hopeful that with ongoing engagement with the park’s many passionate stakeholders that it can be improved in a manner that allows the special aspects of the park to be enhanced, while at the same time making it a place more members of our community can enjoy.

The park has been neglected over the years and is a mess. It was once the focal point as a place to take children to play. It simply needs to be maintained. Clearly it is being hijacked by council staff who suddenly think they had better do something. I think the ” war” theme is overdone and the “Māori” theme has a place there but not as the main theme.

It is a War Memorial Park. We could have a Māori culture park at another purpose built park. There is plenty of undeveloped park land at present and we need more to be used.

Delwyn Smith (Cambridge and Community Board)

There must be a criteria to follow to see if plans will make any actual improvements.

I’m not sure if we have the community behind us on the list of proposals, but I am all in favour of continuing to upgrade the park to make it a fit war memorial as well as a beautiful place to relax and spend time with family. I like the input from mana whenua too and would like to see the edible plantings progressed sooner.

So long as the park’s memorial purpose is respected.

Yes and no, I believe some redevelopment is required, but an overhaul may not be required. Perhaps some of those funds can be re-distributed to other community projects, in Kihikihi, Pirongia, or Ōhaupō.

I believe the community has reached a good compromise in relation to the upgrades at Memorial Park.  Robust discussion and live debate shows a healthy and engaged community.  I’m pleased a final design has been reached.

Council adopted the final concept plan last year after much discussion. It is good to see something constructive done to Memorial Park as for a lengthy period no one raised concerns to its state of deterioration.

It is not a park but a memorial for those who served and died in WW2.

Council was “charged” with maintaining the memorial and as they haven’t done that, it suddenly needed a lot of work done to it.  Then based on that maintenance changes were proposed. These changes do not reflect the purpose of the memorial.  Too many parties are and were involved to decide what changes to be made.  Cost to do so are very high where if normal maintenance had been done these would be a lot less.

As important as it is to build a stronger, more connected Waipā for future generations; I firmly believe our future is given foundation by our past. Memorial Park in Te Awamutu is not only a space dedicated to the men and women of the area who served and gave their lives in past wars to protect our heritage, it is also a space where we honour the land and our people. Memorial Park will, for years to come, help us uphold deep cultural values and build stronger social communities.