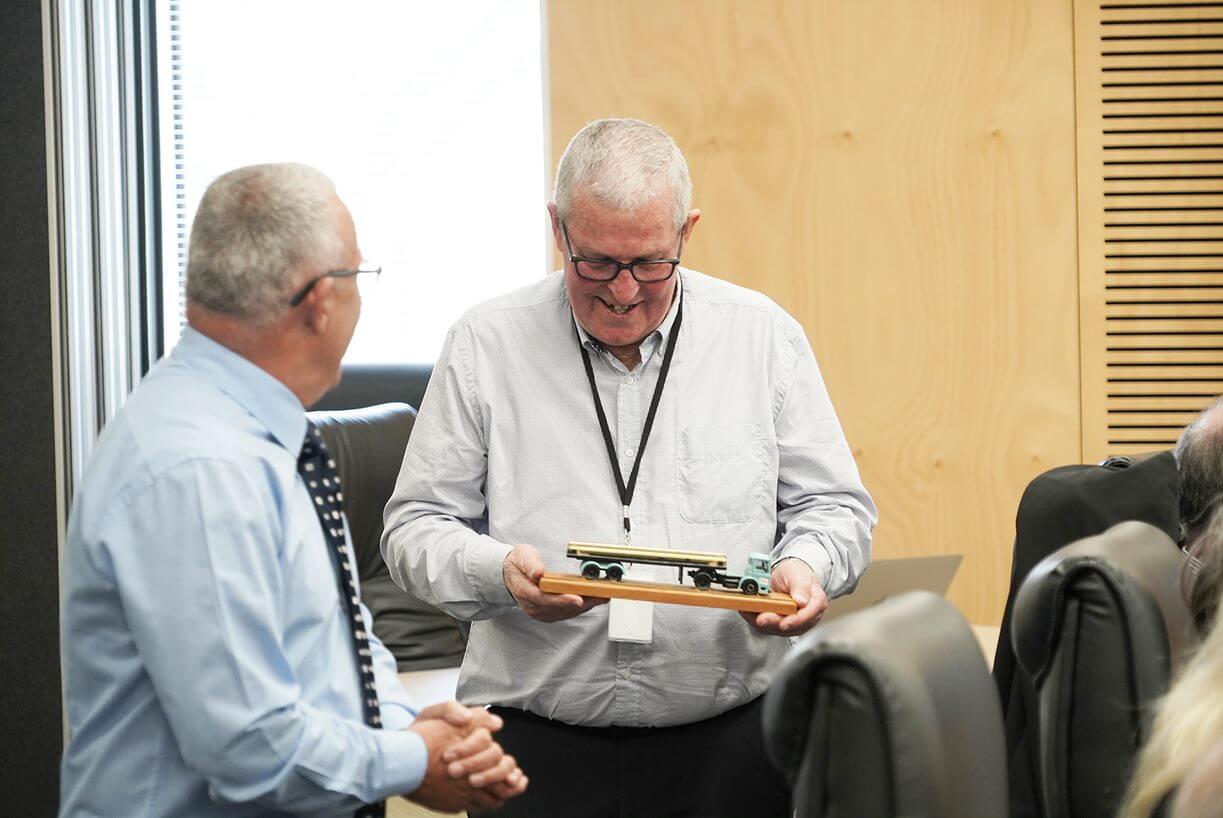 Outgoing long-serving Waipā councillor and former deputy mayor Grahame Webber, 74, now has a unique reminder of his 21 years at the council, a model water truck.

It was presented to him by Water Services manager Martin Mould this week as he chaired his final Service Delivery committee meeting. Mould thanked Webber for his skilled governance and guidance of the council’s three waters.

The model had been in the Water Services team for many years and was usually presented monthly to the team champion. “It’s not been used for many years. You are the final recipient and we’ve retired it into your care,” said Mould. Webber was first elected to the council in 2001 and is nearing the end of his seventh term.

He first represented the Maungatautari ward and six years ago, after he and wife Jenny moved into town, the Cambridge ward.

He is battling myeloma cancer.