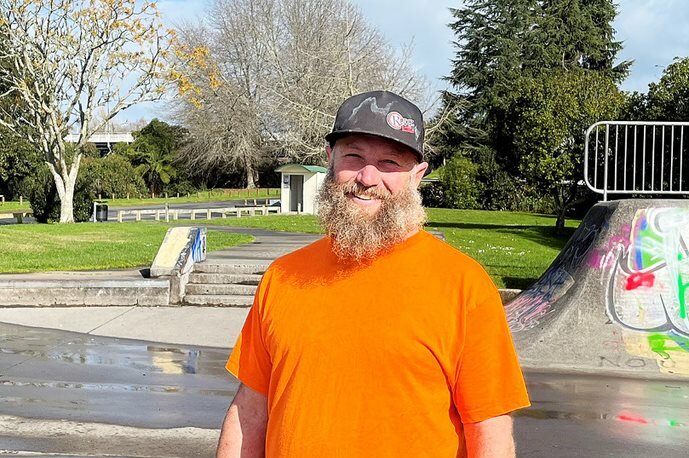 “The upgrades to Cambridge skatepark became a priority during the 2021-2031 Long-Term Plan process,” he said.

“There were multiple submissions requesting an upgraded skate facility in Cambridge, including a great submission from a group of Cambridge teenagers, noting its current poor and outdated design.”

Council undertook two rounds of consultation with the community in December 2021 and April 2022 to help shape  plans and understand what the community wanted for their skatepark.

“As a result, we updated the designs to remove the staircase and extend the hip, raise the learner zone surface and add a pump-dump, quarter pipe and rainbow rail. A shaded hangout area and extra seating will also be installed to connect the skatepark to the rest of the activity spaces at Dominion Avenue.”

The six-month construction project will be led by Fluhler Contracting Limited, alongside Acid NZ who designed the skateparks for both Cambridge and Te Awamutu.

During construction, sections of park will be closed although the pump track will remain open.

The council says it will “come down hard” on anyone trespassing or defacing the park during the construction phase. It is installing security fencing and cameras to deter people from entering the site.

“People trespassing or creating havoc during construction will push up the costs and delay the project. No-one wins out of that,” Ward said.

“We strongly encourage residents to report any trespassing during construction to the Police, so we can complete the upgrade and open it up for tamariki and rangitahi to enjoy.”

Weather permitting, the new Te Awamutu skatepark, play elements and parkour space at Centennial Park is scheduled to open mid-September. Council has invested more than $1 million in this facility and began work in February 2022.

Council is continuing to work with the community to determine final locations for the skate facility sites in Kihikihi and Pirongia. In early September, council will begin community consultation on a preferred site for the new Kihikihi skatepark.

Check out the final Cambridge skatepark at www.waipadc.govt.nz/waipa-skate-parks.