A Waipā veteran is on a quest to recover his grandfather’s missing army service medals.

Colin, 69, told The News that he discovered his grandfather’s British War Medal and Victory Medal were missing in 2020, right before the country went into lockdown. At the time he made inquiries with police and searched medal collectors – but because of the chaos caused by New Zealand’s multiple lockdowns, the search has been on hold until now.

“I last had them sometime between 2014 and 2018 during an Anzac parade in Cambridge,” he said.

Colin believes that he dropped the medals during one of the parades and didn’t notice. He thinks that somebody picked them up, and has either held onto them, or worse, sold them.

“There is quite a trade in those things,” he said.

On medal collector websites, World War One medals are sold for hundreds, sometimes thousands of dollars, and there is no central registry of medals that have been traded, or who they’ve been sold to.

He said if nobody had picked up the medals, the chances of them being recovered would be greatly reduced.

“There is a concern that maybe they are just lost.”

His grandfather, Colin Stewart Parkinson, served in the New Zealand Army as a gunner between 1915 and 1919, mostly in France.

“Because he was a gunner, he was very lucky, he never went right into the front lines. But nothing is totally safe, like most of them, he suffered pretty badly and never really talked about his service at all,” said Colin.

The medals are engraved with his name and rank, Drvr C.S.Parkinson 9/2380 around the edges.

Colin has reproductions of the medals, but they are not engraved, “the replicas are not the same, they’re not real,” he said. 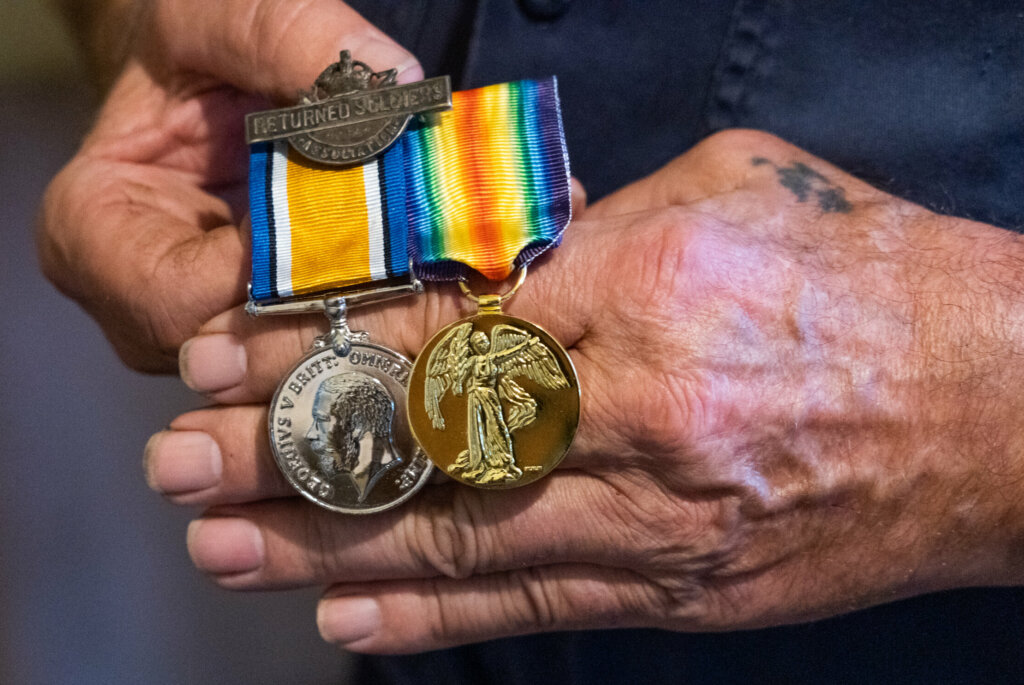 Reproductions of the missing medals.

Colin’s father and uncle both served in World War Two. His uncle, Gerald Andrew Parkinson, was a pilot and died when his plane was shot down in 1943.

His father, Raymond Leslie Parkinson, joined the navy after his brother’s death.

“The old man came home, and I only recently inherited all of his medals,” said Colin.

Colin joined the Royal New Zealand Navy in 1969 as a mechanic. He served as a leading marine engineer when he transferred to the New Zealand Army in 1974 and retired from the Corps of Royal New Zealand Engineers in 1991 with the rank of troop sergeant.

He struggled to get recognition for his service and was only presented with his New Zealand Operational Service Medal (NZOSM) this year, more than 50 years after he first enlisted.

Colin has a display that contains photographs of Gerald and Raymond, buttons from his grandfather’s uniform, their service medals, and trinkets from the family’s varied military service. Three generations of service on display.

“It is quite an interesting lot of service. There is two lots of army service, two lots of navy service, one lot of air force service.”

He is hoping that someone can return his grandfather’s medals so that he can preserve his family history and complete his display.