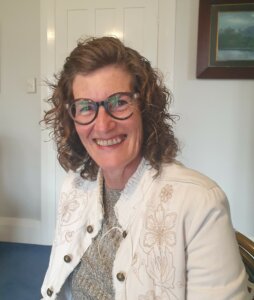 Cambridge Women’s Club is coming off the back of its ‘Joyful July’ and heading into the second half of 2022 with the launch of a new $1000 scholarship for two students in their final school year.

Applications for the inaugural June Wallace Scholarships are open until the end of September. The scholars will come from St Peter’s and Cambridge High Schools, which have information about applications.

The scholarships are named after a former club member and are a revival of a previous scholarship offered when the group was Cambridge Business and Professional Women.

“We want it to be broader than just marks alone,” she said. “It is for Year 13 students, girls who might be starting university or beginning their careers.  The scholarship will be presented in November; we hope the recipients will come back to us a year later to give a talk on what they’re doing.” At the club’s annual meeting next month Jennie will hand the reins to Cabby Keyte, who currently handles the club’s marketing activities.

Jennie has steered the club through much of the Covid pandemic, keeping the recent focus on reviving core social activities and preparing for the donation of funds this month to local charities.  They also support the Blind Dog Foundation, part of Blind Low Vision NZ.

“While we are basically a social club we do other things as well, and one of those is our annual donation to local charitable organisations.  This year, we will be giving away about $3000 to charity.”

Cabby said she will continue with her efforts to grow the club and enlist younger members.

“We’re now in our 10th years as Cambridge Women’s Club, and are a little top-heavy with retired ladies,” she said.  “We want to broaden our appeal to include local business, professional and farming women once again, and we’re keen to foster a multiracial interconnection.  It is important for the club that we include people who will carry the club into the future.”

Dinner meetings are from about 6-9pm on the second Monday of each month. They are held at the Moxon Centre Café and generally include a speaker of interest or some other form of entertainment.  Members also enjoy quiz nights, meet socially elsewhere and take part in a weekly walking group at different locations.

Cabby, who said she wants to broaden activities during her tenure, said the club is open to all women in the community.

“We have just under 60 members now, but we’d like to get back to our pre-Covid numbers of around 70.  It’s a great way for new people in town to meet others … the feedback we get is always positive, and we put out a regular newsletter to keep our members informed.”

More information from Cambridge Women’s Club and its Facebook page.