Locks of love from Tommy Tommy handing over the check 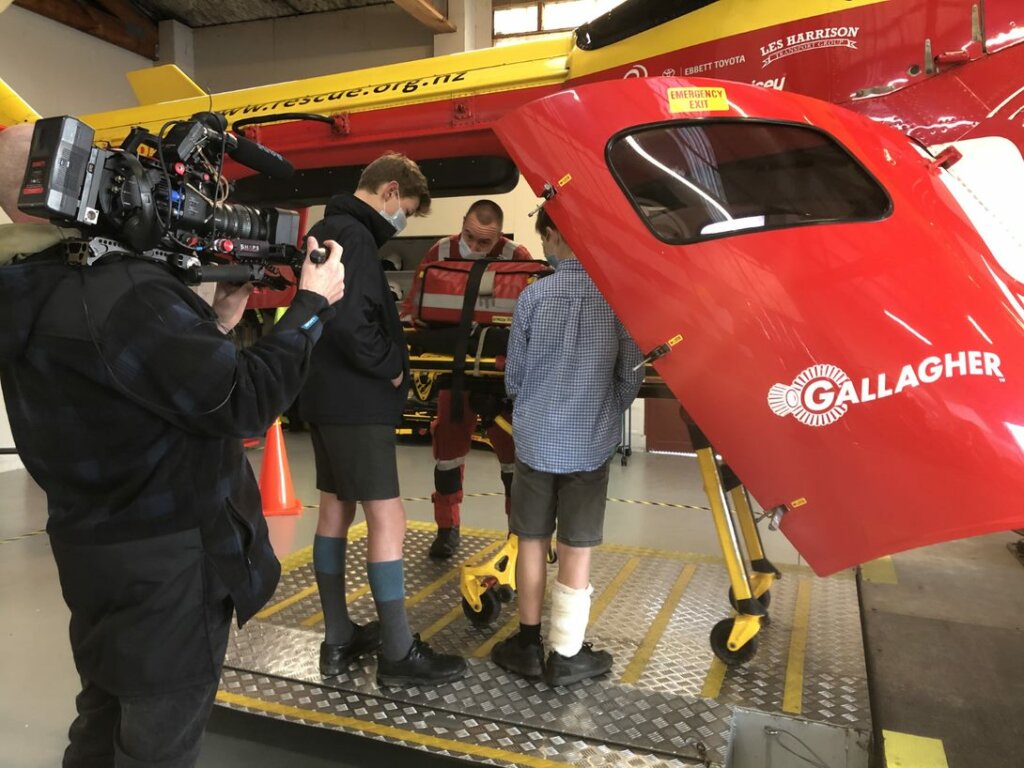 A Cambridge 11-year-old whose mother died and was brought back to life has gone to great lengths to thank the Waikato Westpac Rescue Helicopter crew that helped save her.

Tommy Peters handed over a $16,300 cheque to crewman Dave Jackson and flight paramedic Diane Laatz following a colourful fundraiser that captivated the Cambridge community and featured in The News.

“I was so grateful, they’ve had such a big impact on our lives. They are unbelievable, and today was about handing over a donation that will help other families like they did for us and that’s why I did it,” said the Kaipaki School pupil.

Fifteen months ago on the hunt field, his mother Annie Peters’ young horse flipped over a jump and fell on her near Morrinsville, resulting in a traumatic brain injury.

She had a seizure and went into cardiac arrest as two nurse friends fought to save her before the Waikato Westpac Helicopter arrived on the scene.

“Her case was quite extreme just because of what happened before we got there. We had to use all the skills we had on that day,” remembers flight paramedic Diane Laatz.

“If it weren’t for them I wouldn’t have a mum anymore, my mum would be dead. I am so proud of her, of how far she’s come. They said she may not walk for six months.” So in a bid to say thanks to the Waikato Westpac Rescue crew, Tommy turned chameleon.

His 2021 lockdown fundraiser morphed just like his haircuts as fans on social media bid higher and higher for outrageous hairdos – a perm mullet, a dartboard, a helipad, Friar Tuck, and a pineapple.

The Cambridge caterer was joined by husband Ben and eldest son Lachie, as she and Tommy handed over the $16,300 cheque. – Newshub