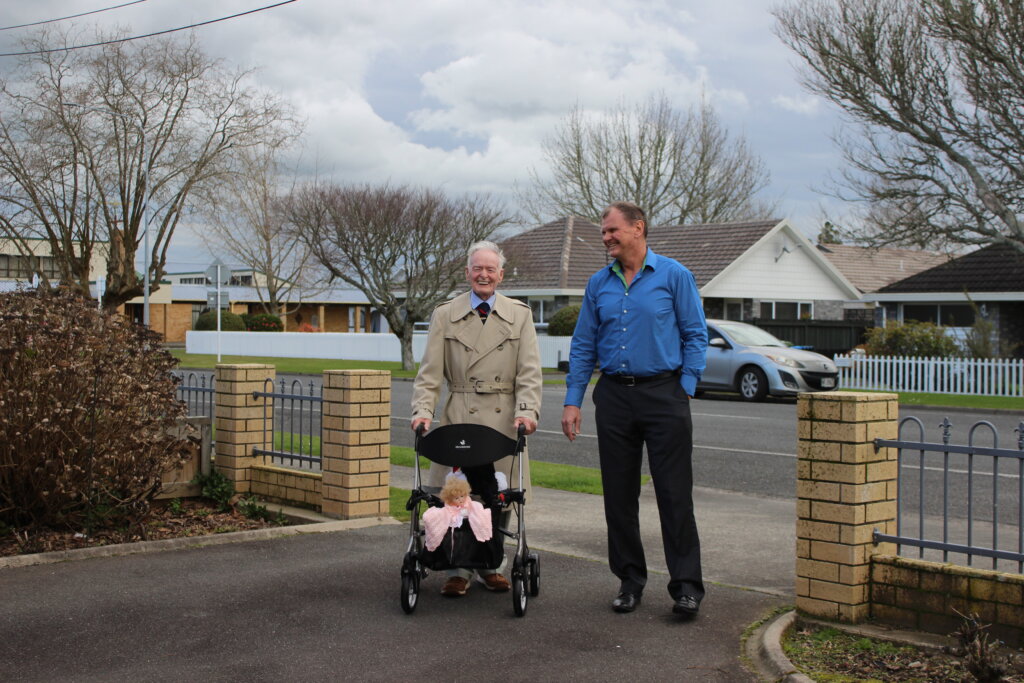 Dennis Lloyd with his new walker, a gift organised by Todd Stephenson.

A Cambridge man who nominated Dennis Lloyd as one of television’s Good Sorts has now convinced one of his business contacts to give the 91-year-old a new $800 walker.

So earlier this week Todd dropped the walker off to Dennis at his St Andrew’s Cambridge villa so he can continue walking into the town centre to buy toys from op shops, clean them up and then give them to local children.

Dennis was lauded in February 2020 on the front page of the Cambridge News for his work – and later a community gathering was held in his honour.

He featured on One News’ Good Sorts last month revealing to presenter Haydn Jones he had given away hundreds of toys since he moved to Cambridge seven years ago.

The widower of 14 years has three sons but no grandchildren which is why he likes to spoil the town’s children with toys.

The new Space XL walker is more lightweight and has softer tyres to absorb bumps around the place than the old one Dennis was using.

“He does so much good for other people and that’s why I nominated him as a Good Sort. I think plenty of other people did too.

“I just think his older, heavier walker was holding him back a bit so when I approached Rehasense, they agreed to give him a new one.”

Dennis was thrilled with the gift and said he was looking forward to showing it off at his favourite coffee places around town. 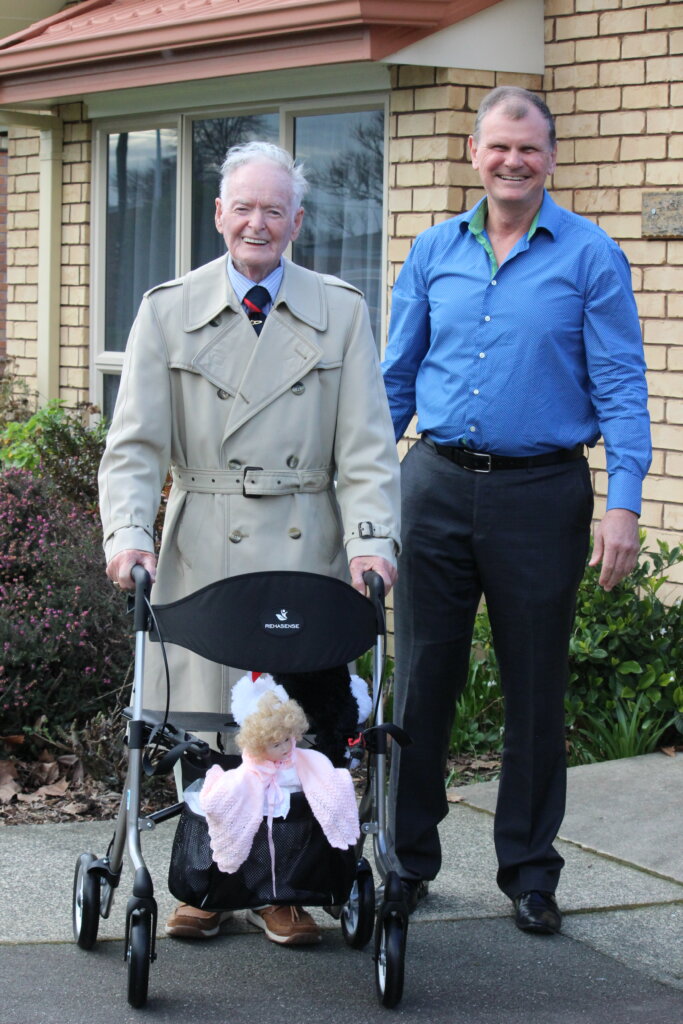