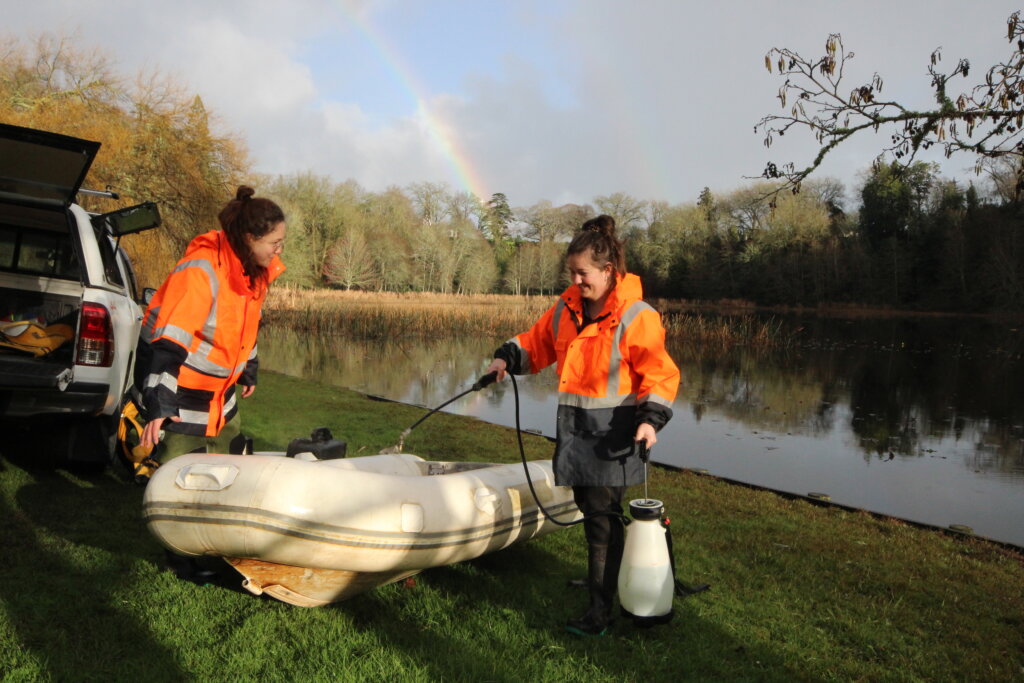 Lake Te Koo Utu is in such a bad state it will take decades to recover despite the recent installation of 12 rain gardens around the lake.

The forecast comes from Waikato Regional Council lakes’ scientist Mat Allan, who also rejects a plan which advocates draining and replacing water in the lake, which he says could make the quality even worse. 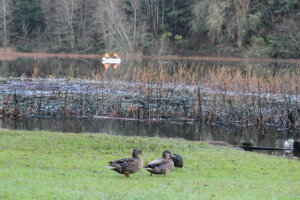 Purging the lake of ducks, removing deciduous trees and installing more rain gardens are all better options, he says.

While the lake does not yet have a national ecological grade, as required by the National Policy Statement for Freshwater Management, Allan says he is “moderately confident” it is a D.

“That’s the worst grade we can apply,” said Allan.

Allan described the rain gardens – made up of native shrubs perennials and flowers which hold and soak in water runoff from the roads around the lake – as a great idea because of their filtration qualities.

Waipā District Council’s statutory role is to control the effects of land use on lakes and rivers, hence its role in establishing the rain gardens and installing more in future years.

The regional council’s job is to monitor water quality and work closely with the district council to find solutions.

It has monitored the lake regularly since 2019 and two environmental scientists – Nicole Squires and Briar Mills, both Waikato University graduates – were out early on Thursday last week to take the latest tests at the lake’s deepest point.

Allan said the results from those tests showed no improvement in the latest data.

“But lakes can take up to 20 years to respond to remedial action in the catchment due to internal loading from nutrients stored in sediment.”

Allan says another action the district council could take to clean up the lake could be to eliminate ducks because their droppings contribute to poor water quality.

D = “Lake ecological communities have undergone or are at high risk of a regime shift to a persistent, degraded state (without native macrophyte/seagrass cover), due to impacts of elevated nutrients leading to excessive algal and/or plant growth, as well as from losing oxygen in bottom waters of deep lakes.”

Its plan is to drain the lake, remove all toxic material from the lakebed, dry it out, apply a layer of base course metal with a finer metal on top and then refill it with water from the Maungatautari spring.

“While flow diversion is a legitimate restoration method, there would need to be a feasibility study which would consider the nutrient concentrations of the replacement water and effects on the lake, in addition to a wider issue about technical feasibility of piping water,” he said.

“Draining the lake would need to be considered in terms of damage to lake ecology, lake plants and fish. Adding substrate to the lake could exacerbate the poor condition of the lake by making the depth shallower, the current shallow depth being one of the factors responsible for poor water quality due to lack of dilution.”

The 5.3ha lake was formed during one of the later Taupō volcanic eruptions more than 1800 years ago. It is 2.3m at its deepest point and was treasured by Māori in pre-European days for its eels, koura and fresh water.

Europeans settled in Cambridge in 1864 and 16 years later established the Lake Domain Park.

In 1882 the lake was described as “a beautiful sheet of pure spring water” but its water quality deteriorated over the next century once the town’s sewage and road run off started draining into it. 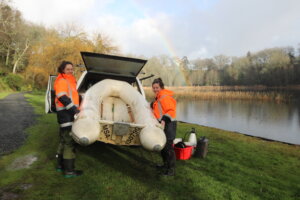 Light at the end of the rainbow: Waikato Regional Council environmental scientists Briar Mills, left and Nicole Squires, load their boat into the ute for the next sampling session in Tokoroa. Photo: Mary Anne Gill Below: When these photographs were taken by Edward John Wilkinson in 1916, exotic trees were already a dominant part of the domain. Photos:  Alexander Turnbull Library.