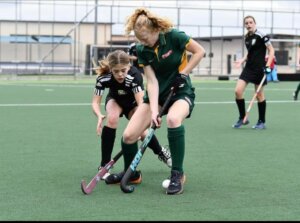 Lochie Wood and Lachie Rutherford played for Waikato in the under 16 quadrangular tournament.

Eden Wood scored a goal and was a stand-out performer for the New Zealand invitation under 14 team that played in the Anzac series against Australia.

Jackson Beale and Thomas Hocking played in the U18 national tournament in Palmerston North as Waikato placed third and Thomas scored his first goal for the representative team.

Rosie Davies played in the girls U18 national tournament in Nelson and also scored a few goals for her team.

Lochie Wood and Lachie Rutherford played in the U16 quadrangular tournament against Auckland, Thames Valley and Hawke’s Bay.

Lochie was the team’s top goal scorer and Lachie’s intelligent calm defence was noticed by many.

After the round robin they also played against Christ College, John McGlashen, St Andrews and the local teams of St Paul’s and Hamilton Boys High.

It was an intense tournament where the boys learned a lot  and had the opportunity to grow and develop in their hockey.

Although winning games eluded the team, they were commended for the being the best and fairest to play against in the tournament and the scores were very competitive.

These teams and players go on to play in the Rankin Cup, secondary schools’ premier tournament.

“Mark and Karen Wood have been foremost in the development of this team and huge kudos must go to them for their commitment to the boys in coaching them not only to play excellent hockey but supporting them as young men,” she said.