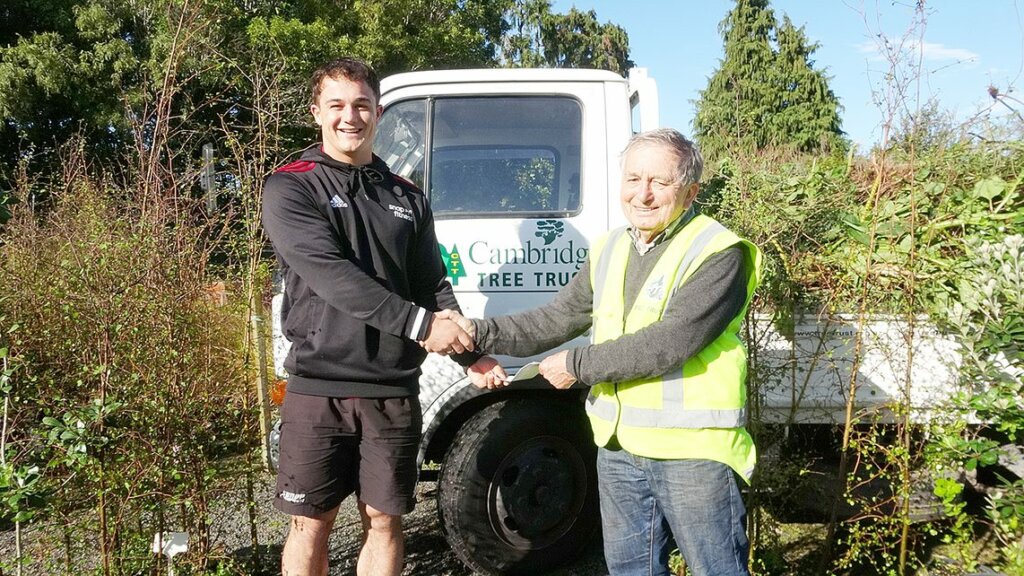 Tom Montgomerie has walked the walk – and lunged the lunges.

Tom, passionate about tackling climate change, has just donated more than $2700 to the Cambridge Tree Trust after using his skills to tackle a global problem at grass roots level.

In January the Snap Fitness personal trainer launched a new series of outdoor exercise classes, Pushing for the Planet, which ran at Lake Te Koo Utu until April.

Every Wednesday and Saturday morning for 12 weeks he donated his time to run the classes, which attracted “a good core group of about 15 people”.

“One lady was just doing it for the trees but now she’s really into her fitness and is continuing to exercise regularly,” Tom said.

“I think everyone who took part really felt like they made a tangible, meaningful impact to a problem we’re facing globally.  It gave people a vehicle to feel like they were doing something good, not just for themselves but for the planet.  And there was a really cool community vibe.  We had lots of fun.”

Classes cost $10 each and every dollar went to the Cambridge Tree Trust.

On July 9 Tom and his class members will be planting the 250 trees and shrubs bought with the $2780 they raised.

“We’ll be putting some in close to the spot where we exercised, near the car park at Lake Te Koo Utu, and some beside SH1 near St Kilda,” Tom said.

“I feel pretty proud of myself and everyone who took part.  I got more out of it than I expected and I think the people that took part would probably feel the same way.

“Doing something for others and for the planet has been so rewarding.”

Tom hopes to run the classes again next summer.