Jan Adams and Sue Hayward have both been nurses and midwives for more than 45 years and had influential advisory roles when the university established its Bachelor of Nursing programme two years ago.

Nursing sits as one of three programme streams in Te Huataki Waiora. The others are health and health, sport and human performance.

Adams and Hayward worked together at Waikato District Health Board (DHB).

Hayward took over as director of Nursing and Midwifery in 2008 when Adams became chief operating officer and remains there today.

It is in those nurse leader roles both women, who retain their nursing practice certificates, got involved with Waikato University’s new Bachelor of Nursing programme.

As part of the Nursing Advisory Board, they advocated strongly on behalf of a programme with a focus on equity, well-being and Māori and Pacific health.

Hayward was involved from 2019 when the DHB and the university announced the partnership in response to a shortage of qualified nurses.

She helped develop the programme, putting an emphasis on the need for more clinical experience during the study years.

“I wanted to ensure we had a future nursing workforce that is going to be nimble, responsive to health priorities and supportive of individuals to achieve better health outcomes.”

Acting dean Jo Lane, who lives in Matangi, said Hayward was made the first honorary professor last year in acknowledgement of her “significant and ongoing contribution” to the programme’s success.

Waikato University’s nursing programmes are unique in how the university listened to key stakeholders about the need for good hands-on skills, he said.

Waikato nursing programmes have high placement hours in the community and in hospitals and have the added opportunities for students to specialise in mental health and addictions.

Adams’ appointment was announced last month and was in recognition of her involvement in the programme where she advocated on behalf of primary care nursing.

“The demand for qualified nurses to work in primary and community settings is huge, and in my opinion the nursing education on offer at the time didn’t give it enough focus,” said Adams.

“We went out to practices and asked about the skills they wanted nursing graduates to have, and how they could be better prepared for a career in primary care.”

Adams was born in the United Kingdom and started her nursing training in 1973 going on to become one of the youngest assistant matrons in England. She and her family moved to New Zealand in 1992 when Adams was appointed principal nurse manager at Whanganui’s Southern Cross Hospital.

Four years later they moved to Cambridge when Adams became director of Nursing at Waikato DHB.

Hayward, originally from Dunedin, became a staff nurse in 1977 and went on to head up the Neonatal units at Northland Base and Christchurch Women’s hospitals and became director of Nursing Services for Canterbury DHB.

She and her husband moved to Cambridge 14 years ago when she joined Waikato DHB.

Both women are keen e-cyclists and say they enjoy the relaxed lifestyle in Cambridge. 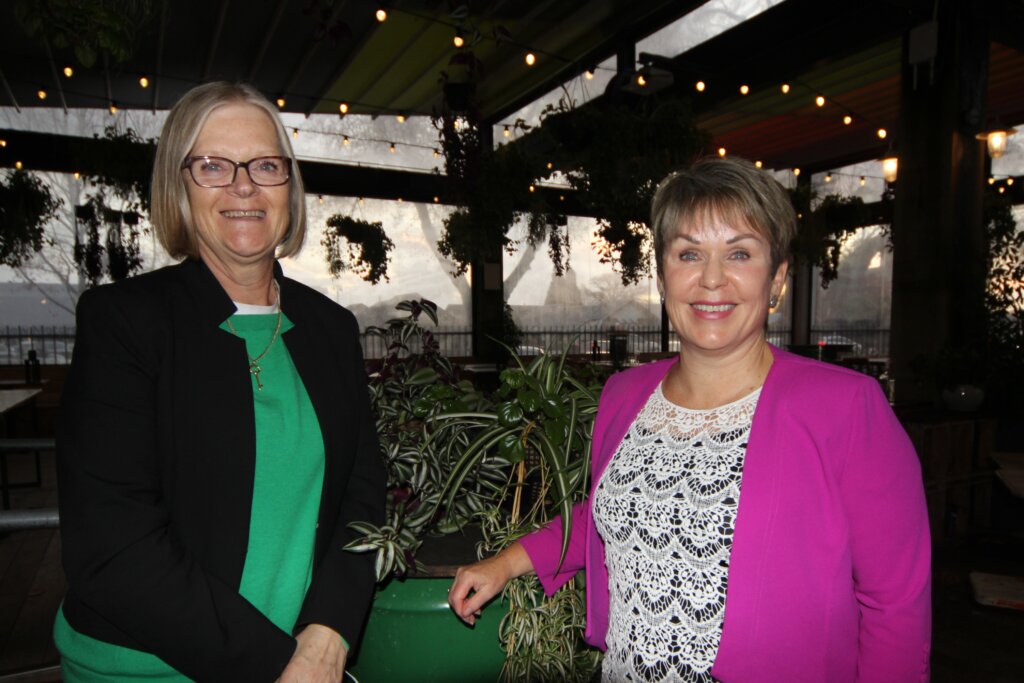