Jarrod Gilbert at the Cambridge Velodrome

Ask any cyclist at the Cambridge Velodrome who the most important person on the track is and most would point towards Jarrod Gilbert.

As a world class competitor himself, the 28-year-old Cambridge caretaker understands the importance of getting the job right and it is this dedication to perfection that has seen him appointed a Special Olympics’ athlete leader.

Jarrod lives in Karāpiro, works at the Velodrome in Cambridge and competes for the Te Awamutu Special Olympics stable under the watchful eye of the legendary swimming coach Shelley Blair. Jarrod, who won a gold and bronze medal in snowboarding at the Special Olympics World Winter Games in Austria five years ago, will compete in the 25m and 50m freestyle, 25m backstroke and 4 x 25m freestyle relay.

During the week, his caretaking duties at the Velodrome include maintaining the track for the cyclists and that means making sure there are no splinters in the wood.

“They are like little sharp needles, they fall out of the wood and if they get in their tyres, they get really grumpy and the mechanics have to find a new tyre,” he explained.

His tool of trade is a big red mop which he pushes around the track. The rest of the time he is a valued member of the Home of Cycling Trust staff.

As one of five athlete leaders, Jarrod will participate in four workshops throughout the year culminating in their graduation at Parliament.

It gives him and the other athletes from Canterbury, Marlborough, Auckland and Whangārei the chance to develop their leadership skills. It gives them the tools to go back to their clubs and to continue their roles as leaders within Special Olympics and in the wider community.

Special Olympics was founded in 1968 by one of US President John F. Kennedy’s sisters, Eunice Kennedy Shriver. It is the world’s largest sports’ organisation for children and adults with intellectual and physical disabilities. Nearly 3.3 million athletes from 200 countries compete in 30,000 competitions each year. Shriver’s passion came from her own family. Her older sister Rosemary had an intellectual disability. 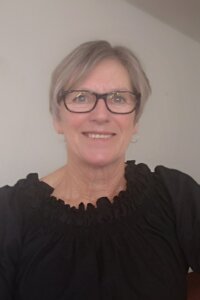 The nationals will bring more than 1500 athletes and coaches and 600 volunteers to Hamilton for four days in 10 sports across eight venues.

Swimming will be at Waterworld in Te Rapa.

Preparation for the nationals has been hindered by Covid but both Shelley and Jarrod say that is no excuse because all the athletes are in the same situation.

Shelley has been a Special Olympics swim coach since January 2005.