The bridge Cambridge does have… 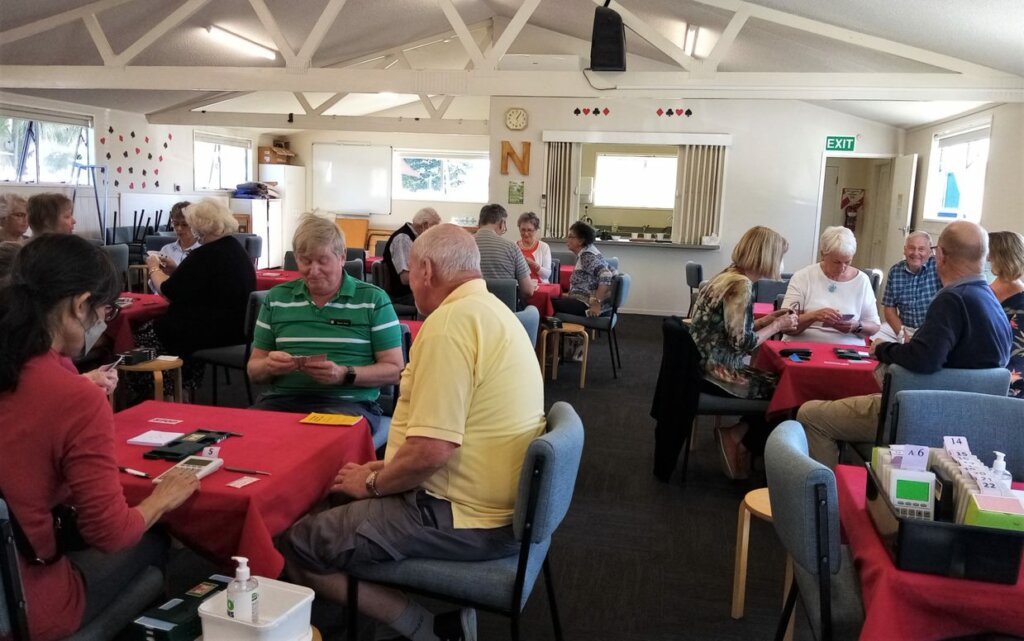 After a Covid-induced hiatus, the Cambridge Bridge Club is back in action and has a series of 10 free beginner bridge lessons starting next Tuesday.

Club secretary Ailsa Henderson said it marks a welcome return to pre-pandemic days when learner lessons were held as part of the club’s annual activities.

The series invites newcomers to attend lessons with teacher Kim Grounds on Tuesdays from 7pm to 9pm at the club premises at 14 Fort St.

All ages are welcome. The club currently has several learners who, together with more established players, enjoy the social contact and mental stimulation bridge is known for.

The game is widely recognised as giving the brain a good workout and boosting the immune system, and in some countries, including Poland and China, is established as part of the school curriculum.  In the United Kingdom, a simplified form of bridge known as mini-bridge is part of school life.

Cambridge club’s youngest member is 26-year-old Mikayla Lewis, who was drawn to the game through her mother and stepfather.  Their talk about the game piqued her curiosity and she completed her first set of free lessons about four years ago.

Work intervened so she didn’t follow through, but she went back for more lessons last year and now plays regularly. She even played online with her Ashburton-based parents during lockdown. “It’s completely different from everything else I do,” she said.  “I work as a physio, I play sport and go to gym. This is so different; it uses the mind in a totally different way.”

Mikayla plays socially, opting to leave the competitive play for those preferring the cut and thrust. She said learners here are lucky with the club lessons on offer.  “They take it nice and slowly and are very supportive.”

Another local player, Melanie Trevethick, learned in 1990 and considers it “the most brilliant game”.

“Every hand is like opening a Christmas present … you never know what you’re going to get.  It’s very easy to get addicted.”

Another seasoned player, Michael Neels, said he learned the game at his mother’s knee.  He comes to the club several times week, as well as playing online and in Hamilton. “I get a lot out of it.  It’s a huge challenge … there are times I’m happy with my play, other times not so much,” he laughed. “I’ll never stop playing.”

Martin Steiner has been playing for about 45 years; he and his wife Verena are regulars at the Cambridge club.

“I always liked playing cards,” said Martin.  “My wife and I were introduced to the game in the early 1970s … she wanted to learn bridge.  We got hooked quite quickly.  It keeps you in shape mentally, that’s for sure.”