Joelle King reacts to winning a point on her way to victory at the Manchester Open. Photo: PSA World Tour. 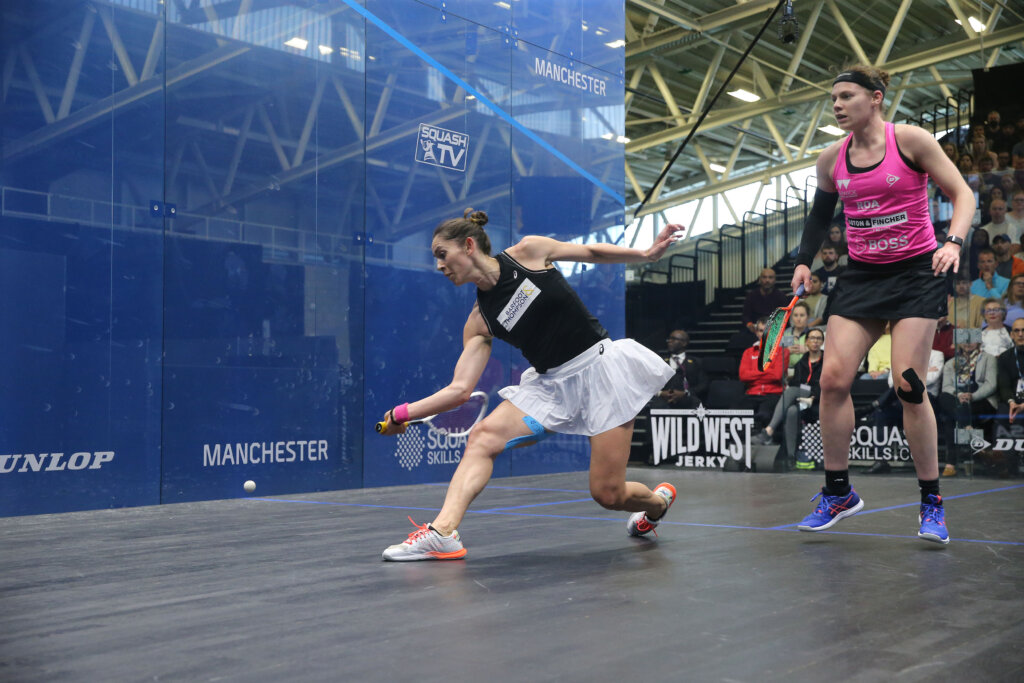 The 33-year-old defeated England’s Sarah-Jane Perry in three straight sets on Monday (NZ time) and moves up to number five in the world.

“I’m actually quite emotional,” admitted King, who struggled with a leg injury throughout the tournament and won a tense semi-final the day before in a brutal 86 minute long five setter against Belgium’s Nele Gilis.

“What a great week for me battling with an injury before the event I’m so pleased to have found a way to win it and get my first title in three years,” she told The News.

“I am so proud of this one after the last three years. They have been filled with ups and downs. I’m so proud of how I kept working away and trying my absolute best.”

King said she was excited to be coming home to see her family and friends for the first time in three years.

“I can’t wait to be back in Cambridge,” she said. King first started playing squash at the Leamington club when she was nine. She reached a career-high world ranking of three in 2019 and has two Commonwealth Games gold medals, one silver and a bronze.

“It’s been a long time since I won an event, a lot has happened in my life since then. At this point winning a tournament against the calibre of players we have on tour means so much. It’s nice to have so much support, some of my team aren’t here and my body is in bits so it’s just so nice and emotional.”

King is based in Bristol to be close to coach Hadrian Stiff and was last in New Zealand just before the pandemic.

“This is what all the sacrifices are for. I wanted to give my squash everything that I have and this one is for my family and friends and to everyone who stood by me. When you’re doing well there’s so many friends and people but it’s those that are there when things aren’t doing so well that mean so much,” she said.