Cambridge driver Benjamin Butcher struggles to control Cya Doit in the winners’ circle after its victory in race one. Photo: Mary Anne Gill

A huge crowd at Cambridge Raceway last week witnessed one of the country’s best harness racing pacers strut its stuff in the inaugural $900,000 slot race.

Self Assured, already a champion New Zealand and Auckland Cup winner, strode through the winning post at the hands of another champion, driver Mark Purdon.

And the win by the pre-race favourite, despite a wide barrier draw in the 2200m mobile race, met with approval from punters who took advantage of New Zealand’s new orange setting and the non-appearance of Cyclone Fili to bolster crowd numbers. 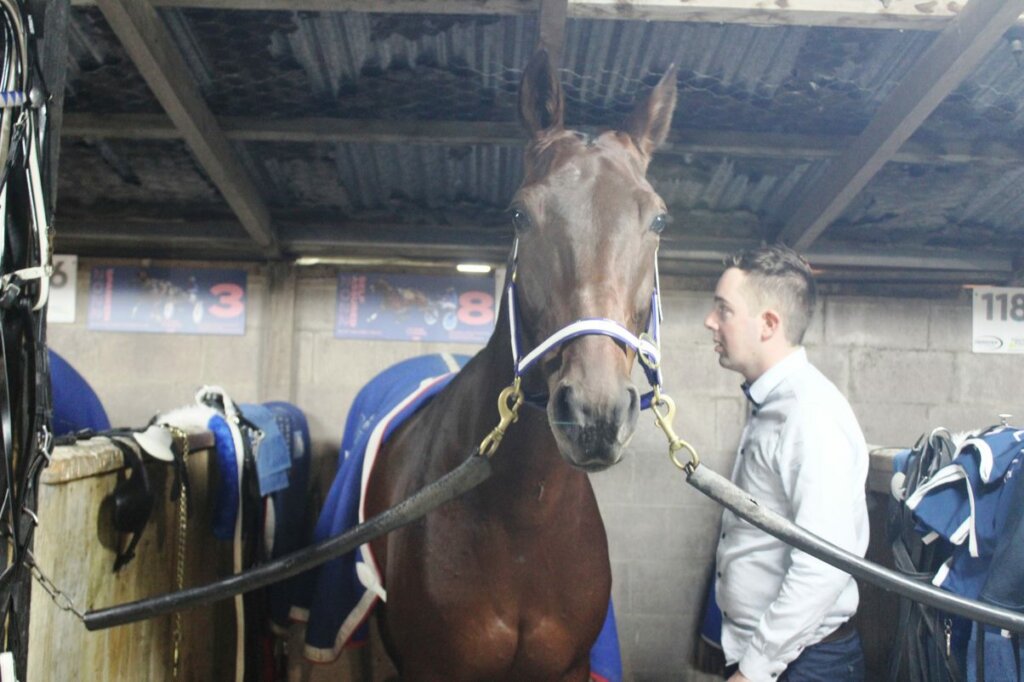 Groom James Stephens whispers words of encouragement into Self Assured’s ear in the minutes before the start of The Race. Photo: Mary Anne Gill.

All 500 hospitality seats and 700 general admission tickets sold before the gates opened and another 1300 walked through the gates on a clear full-moon lit night to become arguably the best crowd seen at The Raceway for years. Domestic turnover at the TAB was just over $1 million.

There was plenty else for locals to celebrate, given the six-year-old Self Assured gelding hails from Pukekohe via Rolleston and four Australian horses were also runs. Poppy Kaire with Hot and Treacherous in the stables before The Race. Photo: Mary Anne Gill South Coast Arden leads the field around the top of the home straight for the first time in The Race at Cambridge Raceway. Photo: Angelique Bridson.

Cambridge drivers Benjamin Butcher drove two winners, his father David and Nicky Chilcott one each and the 79-year-old Tamahere anaesthetist Luk Chin was delighted when he guided Jasinova to victory. It was the fourth training win of the month for Chin’s stable of four horses – Safrakova, Voronov, Alana and Jasinova.

Chief executive David Branch said the club hoped to increase the stake next year from $900,000 to $1 million and boost crowd numbers to 5000 people. The crowd, arguably one of the raceway’s best in recent years. Photo Chanelle Lawson.

He was also considering adding a trotting slot race to next year’s Friday April 14 date.