Eastwood teamed with Lauren Wood, Libby Tonks, Tegan O’Dwyer and Isabel Oxenham to win the girls U16 coxed quad event on Saturday before taking out the U16 double sculls event with Izie Murray. 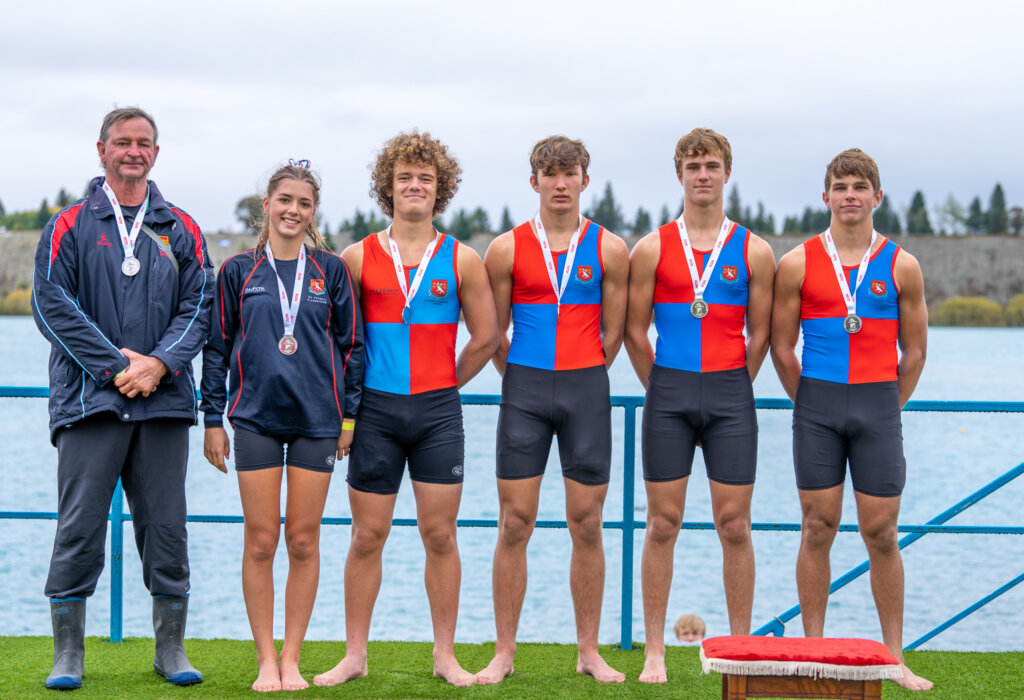 “She got two silvers at Maadi last year in the same events and so to come back and get gold in both is a pretty cool story.”

“We’re not one of the bigger powerhouses of rowing schools so it’s great to even feature on the medal table for us, and to be 11th is really cool when there are 95 schools competing,” Munro said.

“We’re just proud of the group in general. They had some fantastic results out there. The girls U17 quad only just missed out – I think there was less than two seconds between third, fourth and fifth and we ended up fifth, so that was really close. And we had a fourth in the U18 double as well, so we were right up there but we couldn’t quite get onto the podium in a couple of races.

“Even just qualifying for an A final so you’re in contention for a medal at Maadi is a big deal and I think we made six A finals and seven B finals overall, so that’s something that we’re really proud of.”

Harrison McClintock was the star for St Peter’s, finishing second with Valentin Barrio, Jack Kidd, Josh Yeoman and Alyssa Sherry-Middlemiss in the boys U16 coxed quad sculls before taking silver in the boys U16 single sculls.

“The team made it through to 12 A finals and seven B finals, which was an awesome achievement and equalled the most A finals by any school,” she said.

“There was some incredibly tough and tight racing and our U16 boys had a wonderful regatta picking up silver. Then Harrison also had an outstanding race to pick up silver in a very tight finish in the U16 boys sculls.

“South Island Rowing did a fantastic job of running the regatta to keep everyone safe and allow the racing to go ahead.”

Rowers to make A finals in the 2022 Aon Maadi Cup: